A wrist sprain is a common injury, particularly in work and athletic environments. An acute wrist sprain is an injury to a ligament often due to an acute traumatic event or chronic repetitive movements. There are 20 ligaments of the wrist connecting eight carpal bones to each other as well as to the forearm and the hand, but not all are prone to injury. Two notable non-bony structures more prone to injury are triangular fibrocartilage complex (TFCC) and the scapholunate ligament complex due to their locations and the mechanisms of common injuries. Most injuries can be diagnosed clinically without requiring further imaging or arthroscopy and may receive non-operative treatment. In some cases, surgical interventions may be necessary. This activity reviews the anatomy of the ligaments of the wrist, presentations of injuries, and recent studies regarding wrist sprains.

A wrist sprain is a common injury, particularly in work and athletic environments. An acute wrist sprain is an injury to a ligament often due to an acute traumatic event or chronic repetitive movements. There are 20 individual ligaments of the wrist connecting the eight carpal bones to each other as well as to the forearm and the hand. Some of these ligaments are more prone to injury than others, with location and dynamic function playing the most critical role in injury susceptibility. For example, two notable soft tissue structures more prone to injury are the triangular fibrocartilage complex (TFCC) and the scapholunate ligament complex. Most injuries can be diagnosed clinically without requiring advanced imaging or arthroscopy and may receive non-operative treatment. In some cases, advanced imaging and/or surgical interventions may be necessary.

Wrist sprains occur when a ligament is pathologically stretched, twisted, lacerated, or torn. The inciting event typically involves the sudden application of a force, excessive load-bearing, or twisting injury mechanisms. In most cases, this results from a fall on the outstretched hand with varying structures injured depending on the position of the hand and wrist at the time of injury. In severe cases, there can be a large tear in multiple wrist ligament(s), which can cause instability of the wrist and may require surgical interventions.

Wrist sprains occur most often in the athletic or occupational setting but can occur from overuse at work, home, or in any activity of daily living. Injury to the scapholunate ligament is the most common injury and most common form of carpal instability[1]; hyperextension of the wrist is a common mechanism for this type of injury. Injuries to the TFCC are commonly associated with forced axial loading or distraction of the volar forearm and wrist, or with repetitive movements involving extension-flexion, supination-pronation, or ulnar-radial deviation.[2]

The bones of the wrist: the carpal bones are connected to one another by a complex network of ligaments, these ligaments provide the structural integrity necessary to create the connection of the forearm to the wrist and the wrist to the hand to execute dynamic functions of these anatomic regions.  Most carpal ligaments are within the layers of a joint capsule and referred to as being capsular anatomic structures

The triangular fibrocartilage complex (TFCC): located at the ulnar aspect of the wrist, is triangular and located at the distal radioulnar joint (DRUJ) and is held in place by radioulnar ligaments (RUL) and ulnocarpal ligaments (UCL). The primary purpose of this structure is to provide stability of the DRUJ and allow the wrist to withstand pressures applied to the ulnar aspect of the wrist. The triangular fibrocartilage provides resistance against compressive forces, while the RUL primarily stabilizes the DRUJ, and the UCL prevents dorsal migration of the distal ulna.[3]

Symptoms of an acute wrist sprain include but are not limited to pain, swelling, bruising, and difficulty with wrist movements, typically after an acute injury such as a fall on an outstretched hand.

A TFCC injury typically presents with ulnar-sided wrist pain and a positive ulnar fovea sign. The fovea sign is positive when pain is reproducible with palpation of the ulnar fovea, which lies between the ulnar styloid and the flexor carpi ulnaris tendon that inserts on the palmar aspect of the hand into the hamate and 5th metacarpal. The fovea sign has been shown to have a sensitivity of 95.2% and a specificity of 86.5%.[5] A common mechanism involves a fall that produced a sudden and high axial load on the ulnar aspect of the wrist. Movements that increase load or tension on the TFCC, such as ulnar/radial deviation of the wrist, may also cause pain. Due to the TFCC's role in wrist stability, injuries can be bothersome and limit activity as well as have severe outcomes in some instances.

A Scapholunate ligament injury commonly presents following a fall onto a dorsally extended and ulnar deviated hand. Wrist pain is usually dorsal-radial and accompanied by an inability to bear weight with the wrist extended, such as in a push-up position. The physical exam may show tenderness over the location of the scapholunate ligament, which is palpable on the dorsum of the wrist, immediately distal to the head of the radius. A scaphoid shift test can be performed as part of the physical exam to aid in the diagnosis with a positive likelihood ratio of 2.76 and a negative likelihood ratio of 0.25.[6] Dynamic imaging with a clenched fist, as well as contralateral wrist views, can improve the sensitivity of imaging with plain films.[7]

The diagnosis of a wrist sprain is made clinically in most cases. However, imaging can be helpful for cases without a clear diagnosis:

Plain radiographs can be obtained to ensure there is no fracture or dislocation of the carpal bones. Plain radiographs may need to include contralateral wrist views for comparison and/or dynamic views when usual images are negative, but strong suspicion remains. Dynamic views may include imaging with a clenched fist with or without lateral deviations to further evaluate ligament injuries and instability of the wrist. Spacing between carpal bones should be compared to the contralateral side to assess for ligament laxity or tears.[8] Functional wrist instability should classify as one of the following three categories: pre-dynamic, dynamic, or static. In pre dynamic instability, plain films and fluoroscopy are typically negative, but a diagnosis is made by MRI or arthroscopy (gold standard). In dynamic instability, stress view images (i.e., clenched fist) are positive, but standard, non-dynamic, views are negative for findings. With static instability, major primary joint stabilizers are affected, and the findings are evident on plain radiographs.[9]

A CT scan or MRI may be obtained, with a preference for MRI over CT if a sprain is suspected. If able, an MR arthrogram using an injection of contrast directly into the joint has better diagnostic capabilities than plain MRI.[11] However, arthroscopy and direct visualization of the injury remains the gold standard of diagnosis as well as a means of treatment. After visualizing the sprain, it can undergo grading into one of three categories. A grade 1 injury is described as ligament stretching but no tear and minimal bleeding. Grade 2 consists of a partial tear, while a complete tear is a grade 3.

Upon making a diagnosis of a wrist sprain, a "four-leaf clover" treatment algorithm for disorders of the distal radioulnar joint (DRUJ) based on injury severity can assist with prognosis and treatment. The four considerations of the injury are[14]:

Once the clinician has determined that the injury is ligamentous and other structures are intact, the treatment is conservative care in most cases.

For mild cases of acute wrist sprain: rest, elevation, and ice with emphasis on mobilization will work, and most patients will feel better in 24 to 48 hours. For patients with a suspected sprain and negative MRI findings, immediate mobilization has been shown to have quicker recovery and improvement of range of motion compared to immobilization with a cast.[15]

Moderate to severe injuries may require the use of a semi-rigid brace, soft lace-up brace, or a volar/dorsal forearm splint to allow protection and healing of the injury. The decision to undergo, as well as the length of conservative therapy, is dependent on multiple factors such as demands of the patient (e.g., professional athletes), functionality, pain, chronicity, disability, etc.

If not improving after conservative therapy or if there is a definite ligament tear or full rupture, then further imaging, if not already obtained, may be indicated to determine the need for surgical evaluation. If the situation indicates the need for surgery, surgical fixation, and debridement via arthroscopic or open approaches are common treatment modalities. When possible, arthroscopic approaches carry the benefit of the preservation of joint capsule, less damage to soft tissues, and less reduction in joint mobility when compared to open procedures.[16]

During the evaluation of wrist pain following an acute injury, fractures and dislocations should have an evaluation, and plain radiographs are in order if a fracture is suspected with additional imaging as needed. If imaging studies fail to show bony pathology, one should also evaluate for tendon injuries, occult ganglia, evidence of infection or neoplasia when indicated, or neurovascular problems with appropriate workup.[17]

Most injuries begin to improve in 24 to 48 hours with conservative treatment. Moderate to severe injuries may require bracing/splinting for a short period (6 to 8 weeks) before surgical evaluation. If surgery is necessary, a return to full activity may take weeks in cases of arthroscopic debridement (average of 6 weeks) but may require three or more months for surgical fixation procedures.[7] The type of surgery, occupational demands, or performance requirements of a particular sport will also influence recovery and expectations. The clinician usually prescribes physical or occupational therapy after surgical intervention.

In severe cases, undergoing surgical intervention, there is a risk of stiffness with a decrease in range of motion, infection, scarring, and tendon or nerve injury. In general, patients may be at higher risk for re-injury following a sprain and should make activity modifications, use protective equipment, and consider physical therapy for improved recovery.

Educate patients on the early mobilization of the affected wrist, as well as avoidance of movements that reproduce their pain. Offer patients educational handouts on home exercise options in addition to physical therapy to aid in the healing and recovery process.

The majority of people with acute wrist sprain recover without sequelae in two to six weeks. Rehabilitation with physical or occupational therapy can be helpful to regain wrist strength and range of motion.

The diagnosis and management of wrist sprain are not easy. Wrist sprain carries high morbidity, and thus, the condition is best managed by an interprofessional team

The evaluation for other causes of wrist pain to rule out bony or neurovascular injuries that have potentially severe long-term sequelae is the most crucial initial step in treating a wrist sprain. Having providers familiar with interpreting hand radiographs and potentially a hand MRI will aid significantly in the diagnostic evaluation of a hand sprain. Upon making the diagnosis, most cases of a wrist sprain will improve in a short period without sequela. For severe injuries, coordination with specialists trained in hand surgery may be necessary. For optimal care and recovery, a patient should undergo physical or occupational therapy. The pharmacist or pain specialist should assist the team with managing pain. Orthopedic specialty-trained nurses are an invaluable asset, assisting during and around any operative procedure, answering patient questions, and coordinating post-operative therapy by acting as a bridge between the therapist and the clinician. Open communication between the team members is essential if one wants to improve outcomes. [Level IV] 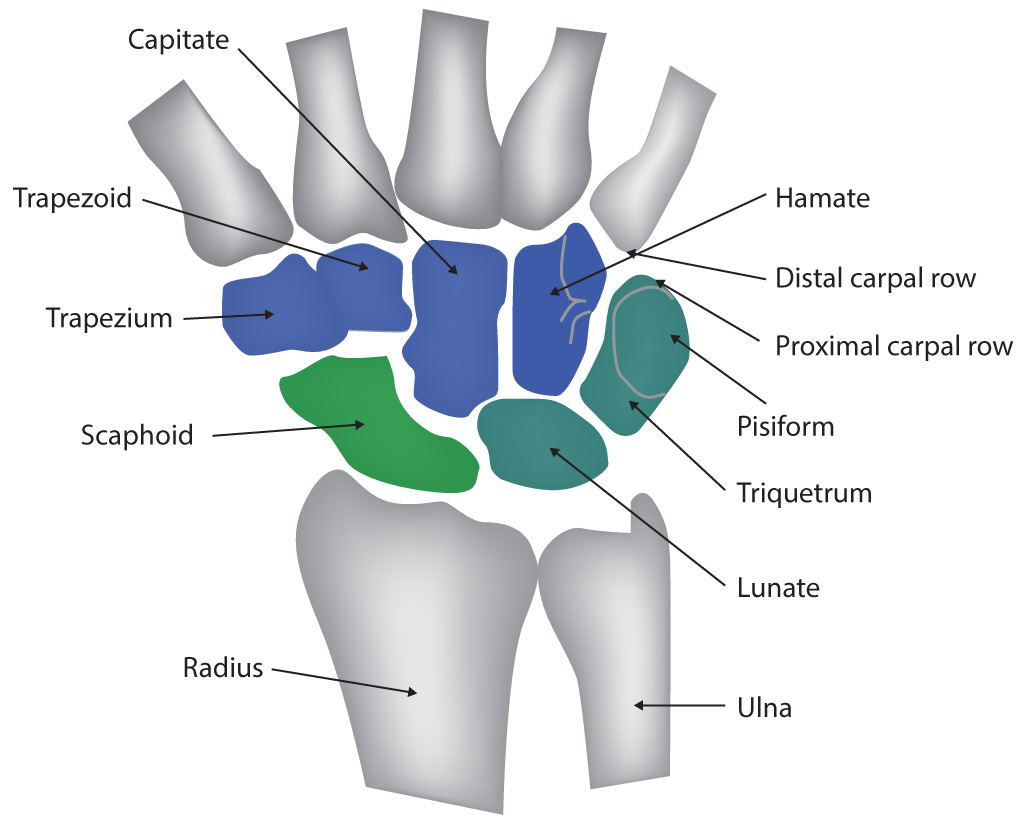 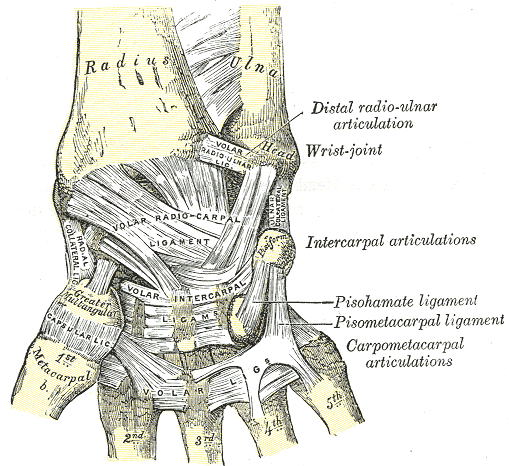 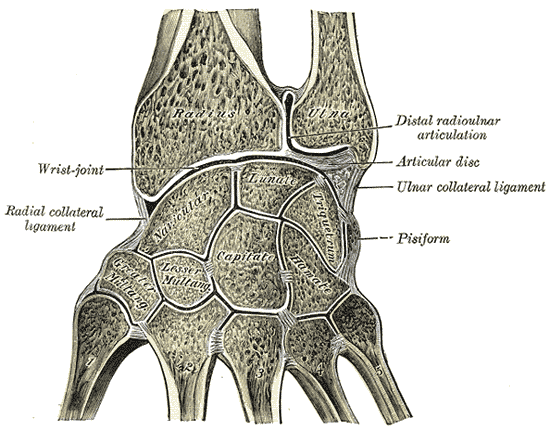 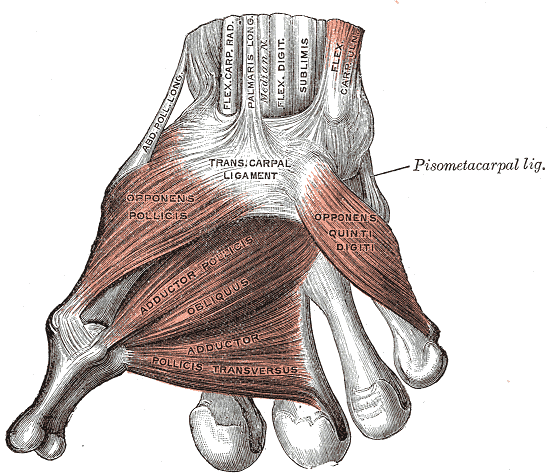 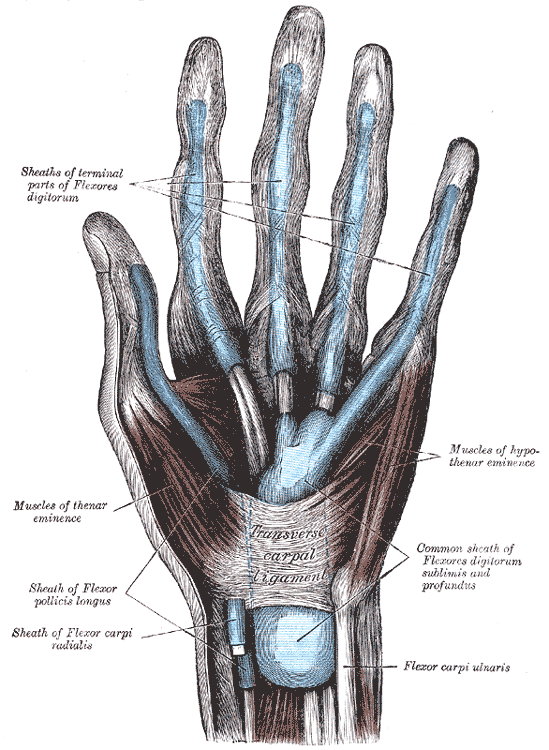 Valdes K,LaStayo P, The value of provocative tests for the wrist and elbow: a literature review. Journal of hand therapy : official journal of the American Society of Hand Therapists. 2013 Jan-Mar;     [PubMed PMID: 23062797]