The vestibular system is an essential function of the body that helps humans maintain postural balance and spatial orientation in response to changes in the environment. Starting from the inner ear, a complex interplay among constituents in the vestibular pathway allows sensory information to reach multiple destinations in the body and make simultaneous outputs. Any disruption along the pathway leads to various symptoms, including imbalance and uncoordinated eye movements. This review discusses the anatomy of the vestibular system and its clinically significant pathological conditions, such as vestibular schwannoma, oscillopsia, and Wallenberg syndrome, to help readers make the right diagnosis based on specific signs and symptoms pertaining to each vestibular lesion.

Many afferent nerve signals originate in these peripheral vestibular organs and travel to the vestibular centers located in the brain. The utricle and saccule contain sensory receptors for static equilibrium, which maintains the head position in response to linear acceleration of the body (i.e., starting to walk or stopping). The hair cells of the utricle and saccule have stereocilia that are embedded in the otolithic membrane. The semicircular ducts are positioned on three perpendicular planes and correspond to three directions of the head movement. The semicircular ducts contain sensory receptors for dynamic equilibrium, which maintains the head position in response to the body's rotational acceleration (i.e., turning). Their hair cells are located in the crista ampullaris, a cone-shaped neuroepithelial structure in the semicircular ducts. Upon either linear or rotational acceleration, a corresponding deflection of the hair cell bundle leads to a depolarization of the hair cell membrane potential. It initiates a relay of sensory information through the vestibular pathways.[1][2][3][4]

Hair cells of the peripheral vestibular structures receive their innervation from peripheral processes of bipolar neurons of the vestibular ganglion (also known as Scarpa’s ganglion), which is located inside the internal auditory meatus of the petrous temporal bone. As the vestibular portion of the cranial nerve VIII (CN VIII), the central processes of these bipolar neurons enter the brainstem at the pontomedullary junction and project to the vestibular nuclei or the flocculonodular lobes of the cerebellum via the inferior cerebellar peduncle.[5]

The connection between the vestibular system and extraocular muscles allows the eyes to maintain stability by fixating on a target point during head movements. Via the vestibulo-ocular reflex, the eyes move in the opposite direction of the head motion and stabilize the image on the retina. The vestibulo-ocular reflex initiates when the head turns and activates the semicircular canals. Then the vestibular information travels through the CN 8 to reach the superior and medial vestibular nuclei, which project fibers rostrally through the MLF to synapse with the abducens nucleus (CN 6), trochlear nucleus (CN 4), and oculomotor nucleus (CN 3). The superior and medial vestibular nuclei send signals to the ipsilateral CN 3 and contralateral CN 6, thus coordinating horizontal eye movements. The trochlear nuclei are located in the medial midbrain and give off motoneurons, which project dorsally around the periaqueductal gray matter and decussate before exiting the dorsal aspect of the brainstem. The nerves then innervate the contralateral superior oblique muscle.[8][5][9][10]

Thalamus is a relay center that receives fibers from the bilateral vestibular nuclei and projects them to the cerebral cortex. The ventral posterior (VP) nucleus of the thalamus is composed of the ventral posterolateral (VPL), ventral posteromedial (VPM), and ventral posteroinferior (VPI) nuclei. The VP receives vestibular information from the bilateral superior vestibular nuclei and the contralateral medial vestibular nucleus via the MLF. The efferent fibers of the VP nucleus travel through the posterior limb of the internal capsule and to the primary somatosensory cortex. From the primary somatosensory cortex, the signals relay to the primary motor cortex and the posterior parietal cortex, which plays a role in the body's spatial orientation. Lesions of the thalamus lead to a tilted perception of visual vertical and unsteady stance and gait.[11]

The flocculonodular lobe, also known as the vestibulocerebellum, is the most caudal portion of the cerebellum that plays a role in balance and eye movements. It receives afferent fibers from the ipsilateral vestibular ganglion and vestibular nuclei, as well as from the visual cortex and the pretectum of the midbrain. The CN 8 signals reach the cerebellum via the inferior cerebellar peduncle. The efferent fibers project from the flocculonodular lobe via the inferior cerebellar peduncle and terminate in the vestibular nuclei, from which the nerve fibers project and innervate the CN 3, 4, and 6 nuclei to regulate eye movements. The medial portion of the flocculonodular lobe, known as the nodule, contributes to maintaining balance, while the lateral portion known as the flocculus regulates the smooth pursuit eye movements (eyes following a slow-moving target). The flocculus is also involved in the control of reflexive eye movements. Damage to the cerebellum leads to impairments in the quality of movements but does not result in a total loss of function. Vestibulocerebellar lesions cause various eye movement disorders, including nystagmus.[12][9][13]

Anterior inferior cerebellar arteries (AICA) and posterior inferior cerebellar arteries (PICA) are the major arteries involved in the vestibular system vascularization. The labyrinthine artery most commonly branches from the AICA, while it occasionally branches from the basilar artery and supplies the CN VIII (vestibulocochlear) and CN VII (facial) nerves. As the labyrinthine artery travels with the CN VIII and CN VII through an opening called the internal auditory meatus to enter the inner ear, it divides into the anterior vestibular, cochlear, and vestibulocochlear arteries. The anterior vestibular artery supplies most of the utricle, the vestibular nerve, and part of the semicircular canals. The cochlear artery is the main vasculature of the cochlea. The vestibulocochlear artery supplies the saccule and a portion of the cochlea and semicircular canals. The AICA supplies the flocculus of the cerebellum. An AICA infarction may result in multiple symptoms such as vertigo, hearing loss, facial weakness and sensory loss, Horner syndrome, and gait and limb ataxia.[18][19][20]

The PICA arises from the vertebral arteries and supplies the inferior cerebellar peduncle, vestibular nuclei, spinal tract and nucleus of CN V, and posterior cerebellum. The PICA also supplies the nodulus of the cerebellum. Occlusion of the PICA may result in lateral medullary syndrome, which is also known as Wallenberg syndrome. Wallenberg syndrome will be discussed more in detail under the section of clinical significance.[21][22][23]

CN III, IV, and VI nerves innervate the six extraocular muscles that control eye movements in response to head movements. When the head turns to the left, vestibular information initiates its journey from the left semicircular canal via vestibular nerve fibers and proceeds to the ipsilateral medial and superior vestibular nuclei. Then, excited neurons in the left superior and medial vestibular nuclei send signals to the right CN VI nucleus. The right CN VI innervates the right lateral rectus muscle to contract and direct the gaze to the right. Another nerve fiber projects from the CN VI nucleus and ascends via the MLF toward the left CN III nucleus. When stimulated, the oculomotor nerve results in the medial rectus muscle contraction and allows the left eye to gaze to the right. Inhibitory nerve fibers also proceed from the medial vestibular nucleus to the left CN VI nucleus, rendering the left lateral rectus and right medial rectus muscles to relax. The result of these combined counteracting effects is a smooth, coordinated eye movement toward the opposite direction, and thus a steady visual field with head-turning. The trochlear nerves innervate the contralateral superior oblique muscle and stimulate the muscle to contract and make eye movements via lateral rotation, intorsion, and depression.[8][24]

Also known as acoustic neuromas, benign tumors of the Schwann cells arise from the vestibular portion of the CN 8. These growths most commonly appear at the cerebellopontine angle, the region between the cerebellum and the pons. Patients with vestibular schwannoma commonly experience progressive ipsilateral hearing loss and tinnitus as the tumor grows and compresses the cochlear portion of the CN VIII. Imbalance or rarely vertigo also accompanies hearing loss due to the damaged vestibular portion of the CN VIII. Patients will also experience nystagmus when the cerebellar flocculus becomes compressed. If untreated, large tumors may further involve other structures such as the CN VII or CN V. Due to their proximity to the CN VIII, facial nerve damage may lead to facial paralysis. CN V lesion may result in numbness and tingling sensation on the face.[25][26]

Damage of the vestibulo-ocular reflex leads to oscillopsia. The incoordination between the vestibular and ocular systems prevents the information about head and body movements from reaching the oculomotor centers. As a result, the patient has difficulty fixating on a target point while the head turns. Bilateral loss of vestibular function leads the patient to believe that the world is moving with head movements. Vertigo, dizziness, and imbalance are common symptoms of oscillopsia.[27] 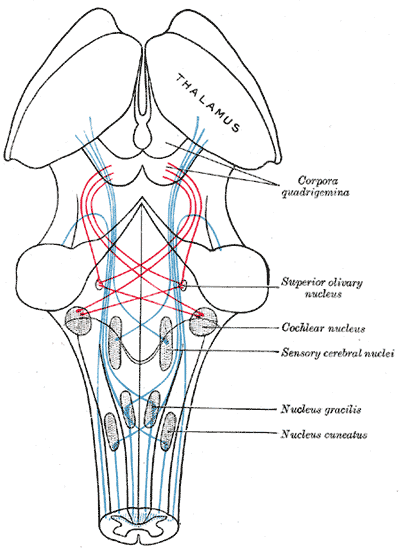 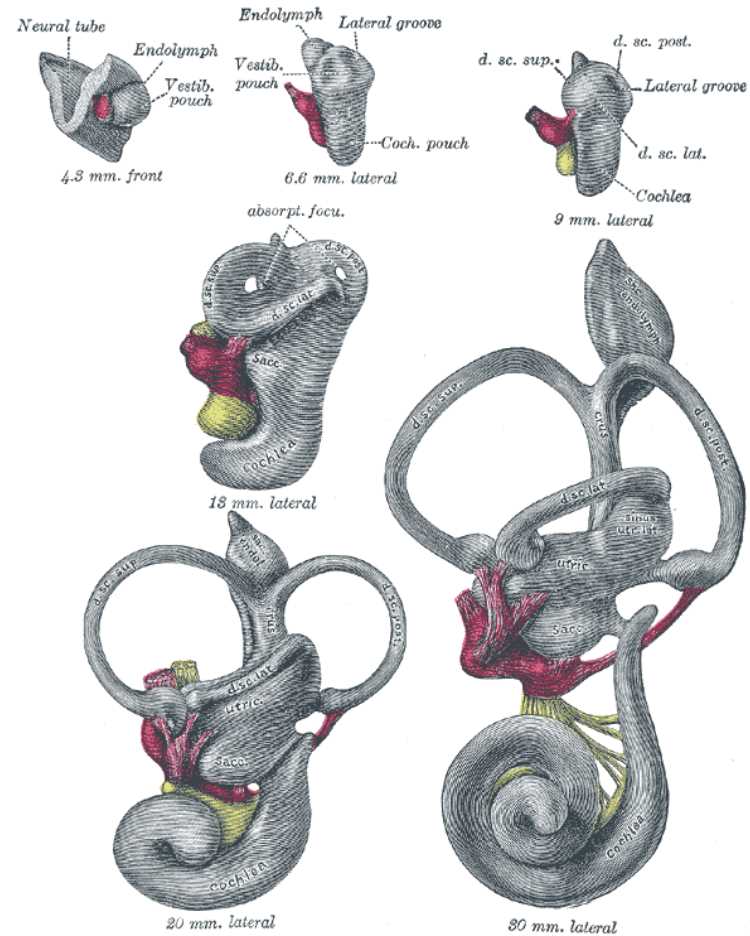 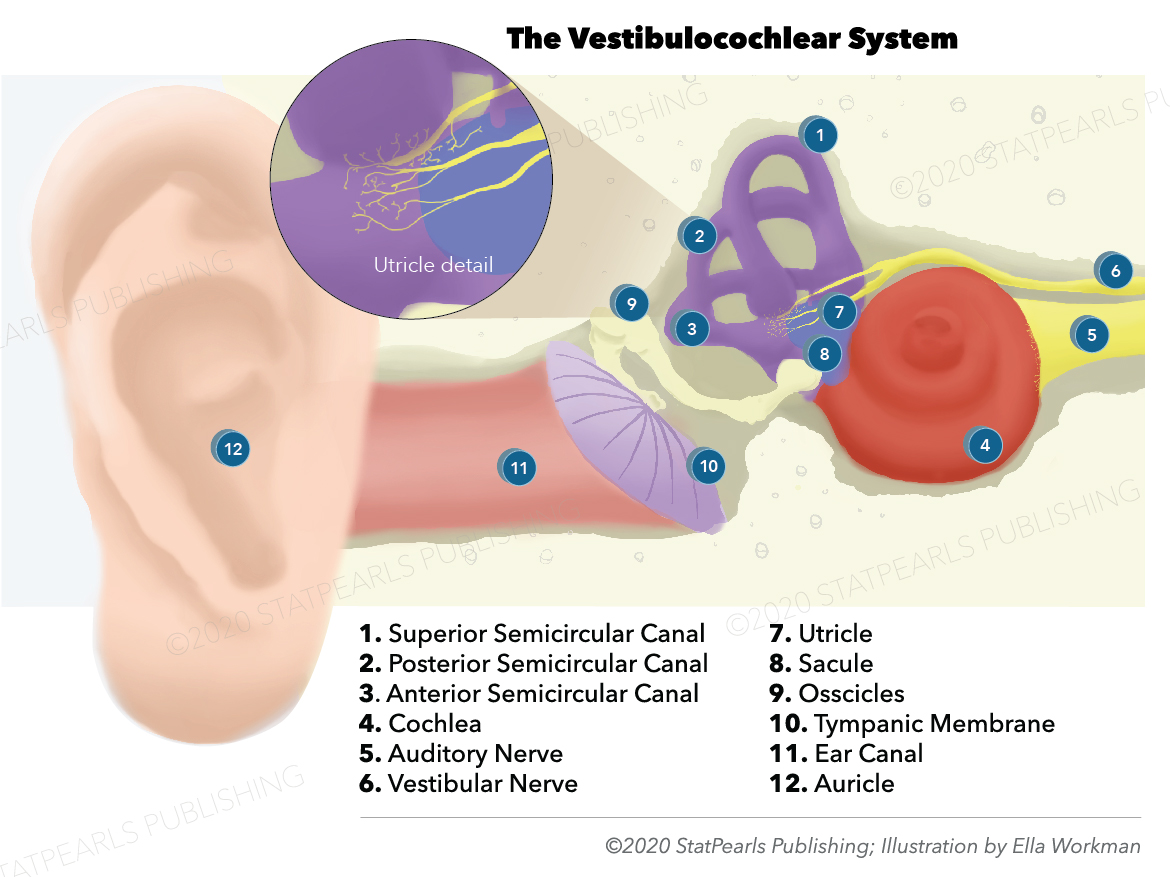