Tolosa Hunt syndrome is usually idiopathic and is thought to be from non-specific inflammation in the region of the cavernous sinus and/or superior orbital fissure. However, traumatic injury, tumors, or an aneurysm could be the potential triggers.

The annual estimated incidence of Tolosa Hunt syndrome is about one case per million per year.[4] It is found worldwide without any geographical or racial preponderance. It is unusual to see Tolosa Hunt syndrome in young people. The average age of onset is 41 years according to the National Organization for Rare Disorder. Although usually unilateral, either side can be affected, and there have been case reports about bilateral involvement (approximately 5%). There is no male-female predisposition.[5]

As mentioned before, Tolosa Hunt syndrome is caused by non-specific inflammation of unknown etiology. In his initial report, Dr. Eduardo Tolosa described the pathophysiology as "non-specific, chronic inflammation of the septa and wall of the cavernous sinus with the proliferation of fibroblasts an infiltration with lymphocytes and plasma cells."[1] Hunt et al. not only agreed with above observation but also added that "such inflammatory changes, in a tight connective tissue, may exert pressure upon the penetrating nerves."[2] These nerves can be cranial nerves III, IV, VI, as well as the superior division of the fifth cranial nerve. Further studies showed the presence of granulomatous material deposits along with epitheloid cells and giant cells. Occasionally necrosis has been seen, but it is rare. There is also associated thickening of dura mater within the cavernous sinus.

The inflammation in the cavernous sinus region has seen a rare association with intracranial inflammation, but systemic inflammation is not yet reported.[4] Although there has not been a clear autoimmune etiology associated with Tolosa Hunt syndrome, it has been reported with other systemic and autoimmune inflammatory disorders such as systemic lupus erythematosus, sarcoidosis, and Wegener's granulomatosis and could be a presenting complaint of these diseases.[6][7] There does not seem to be any association with any infectious agent.

The hallmark of this syndrome is a pain, which can be described as sharp, shooting, stabbing, boring, severe, and intense. Pain is usually located in the periorbital region but can often be retro-orbital, with extension into the frontal and temporal areas. Pain tends to be the presenting symptom and can precede ophthalmoplegia by up to 30 days. Tolosa Hunt syndrome tends to have a relapsing and remitting course, with attacks recurring every few months or years. Other associated features include involvement of all three ocular motor nerves (which include oculomotor, trochlear, abducens nerves) in different combinations, leading to ophthalmoplegia. Ophthalmic branch of the trigeminal nerve is commonly affected. The oculomotor nerve is most commonly involved (approximately 80%), followed by abducens nerve (approximately 70%), an ophthalmic branch of trigeminal nerve (approximately 30%), and trochlear nerve (approximately 29%).[4] There can also be sympathetic (third order neuron Horner syndrome, in approximately 20% cases) or parasympathetic (oculomotor) involvement which leads to pupillary abnormalities.[8][9] There are reports of involvement of the maxillary and mandibular divisions of the fifth cranial nerve (trigeminal), optic nerve, and facial nerve which suggest an extension of the disease process beyond the cavernous sinus.[3][2][10][11][12] Rarely, inflammation can involve orbital apex leading to optic nerve damage and consequent optic disc pallor or swelling. Loss of visual acuity in those cases is unpredictable and can be permanent.[13]

Tolosa Hunt syndrome usually does not have any other neurological or systemic involvement.[4] Some studies report nausea and vomiting, which are probably a result of the intense pain the patient experiences and tend to resolve with pain control. Chronic fatigue is reported. Symptoms of Tolosa Hunt syndrome can last up to eight weeks if not treated and then resolve spontaneously. There are seldom any residual neurological deficits. [14]

Tolosa Hunt syndrome is diagnosed through the clinical presentation, neuroimaging studies, and response to steroids. Laboratory tests and cerebrospinal fluid (CSF) studies are supportive tests but help in ruling out other causes of ophthalmoplegia. Tissue biopsy is diagnostic but is considered the procedure of the last choice and rarely performed, given high risk and technical difficulties.

Tolosa Hunt Syndrome also finds a place in the IHS Classification ICHD-3 Beta, in part three, under Painful cranial neuropathies and other facial pains. The IHS lays down diagnostic criteria for THS which have high sensitivity (approximately 95% to 100%) but low specificity (approximately 50%).[15] They are summarized as follows:

MRI brain with contrast, especially the coronal view, is a crucial diagnostic study. It helps exclude other disease processes that produce painful ophthalmoplegia as it is rarely normal in cases of Tolosa Hunt syndrome. MRI can show thickening of the cavernous sinus because of the presence of abnormal soft tissue which is isointense on T1, iso or hypointense on T2, and enhances with contrast. Other MRI findings include convexity of the lateral wall of the cavernous sinus, extension into the orbital apex. High-resolution computed tomography (HRCT) can also show changes in the soft tissue, but lacks sensitivity. Thus, MRI should be performed for better visualization of the region of the cavernous sinus and/or superior orbital fissure. MRI findings have low specificity, and above-mentioned findings can also be found in lymphoma, meningioma, and sarcoidosis.[5] There are reports of vascular abnormalities in the intracavernous segment of carotid artery which show segmental narrowing, constriction, irregularities. These changes can be detected by MR angiography, CT angiography, digital subtraction angiography and usually resolve with steroids.

Glucocorticoid response finds mention here as it helps with diagnosis as well as treatment. Treating with high doses of systemic steroids leads to a dramatic improvement in pain within two to three days. Cranial nerve dysfunction improves, and there is a reduction in abnormal tissue volume as well as signal intensity on MRI over the next few weeks of steroid treatment.[8] Reduction in pain helps confirm the diagnosis and is further supported by cranial nerve dysfunction improvement and resolution of MRI findings. However, caution should be taken when confirming the diagnosis of Tolosa Hunt syndrome with steroid response as improvement clinically as well as radiologically is known to occur with other disease processes such as malignancies, infection, or vasculitis.[12]

Glucocorticoids have been the mainstay of the treatment ever since the syndrome was first described.[2][3] But there is no specific data to give recommendations about dose, duration, or route of administration.[5] Spontaneous remission of symptoms is known to occur. Although orbital pain drastically improves with steroid treatment, there is no evidence to suggest cranial nerve palsies improve faster with it. As with any glucocorticoid regimen, treatment for Tolosa Hunt syndrome involves initial high-dose therapy for few days followed by a gradual taper over weeks to months.[16] Symptom resolution guides the degree and rapidity of the taper. Imaging studies like MRI can be repeated for follow-up, but usually, lag behind a few weeks as compared to symptomatic improvement.

A very small percentage of patients will require immunosuppression with other agents, either to avoid side effects of long-term steroid therapy or for long-term suppression of the disease process itself. Azathioprine, methotrexate, mycophenolate mofetil, cyclosporine, and infliximab have been used as second-line therapy. There have been reports of radiotherapy being used as second-line therapy for recurrent flare-ups leading to steroid dependence or as a first-line therapy in the presence of contraindications to steroids. Usually, these patients would have had a biopsy-proven diagnosis of Tolosa Hunt syndrome, before a second-line therapy is initiated. [17]

Prognosis: Tolosa Hunt Syndrome is characterized by the dramatic symptomatic improvement seen with Glucocorticoids. Symptom improvement, especially pain relief, is usually seen 24 to 72 hours after starting steroids, with the majority of patients reporting improvement within one week. Cranial nerve palsies improve gradually and can take anywhere from two to eight weeks for recovery.[3] It is unusual to have residual deficits after steroid treatment.

Relapses tend to occur in about 40% to 50% of patients and can be ipsilateral, contralateral, or bilateral.[2] Relapses are more common in younger patients than in older patients. Every relapse should ideally be investigated with a full work up as Tolosa Hunt syndrome is a diagnosis of exclusion.[12] It is unclear as to whether steroids help prevent relapses. [18]

The primary care provider, nurse practitioner, and internist will often encounter patients with a headache. However, when they encounter a patient with an intense headache and ophthalmoplegia, a referral to a neurologist is necessary. Unlike the typical headache, patients with the Tolosa Hunt syndrome are managed with steroids and immunosuppressive agents. Despite treatment, recurrences are common and the overally quality of life is poor. When patients are managed with steroids, the nurse practitioner and primary care giver should monitor the patient for adverse effects. An interprofessional approach to the care of this disease will provide the best patient outcome. [Level V] 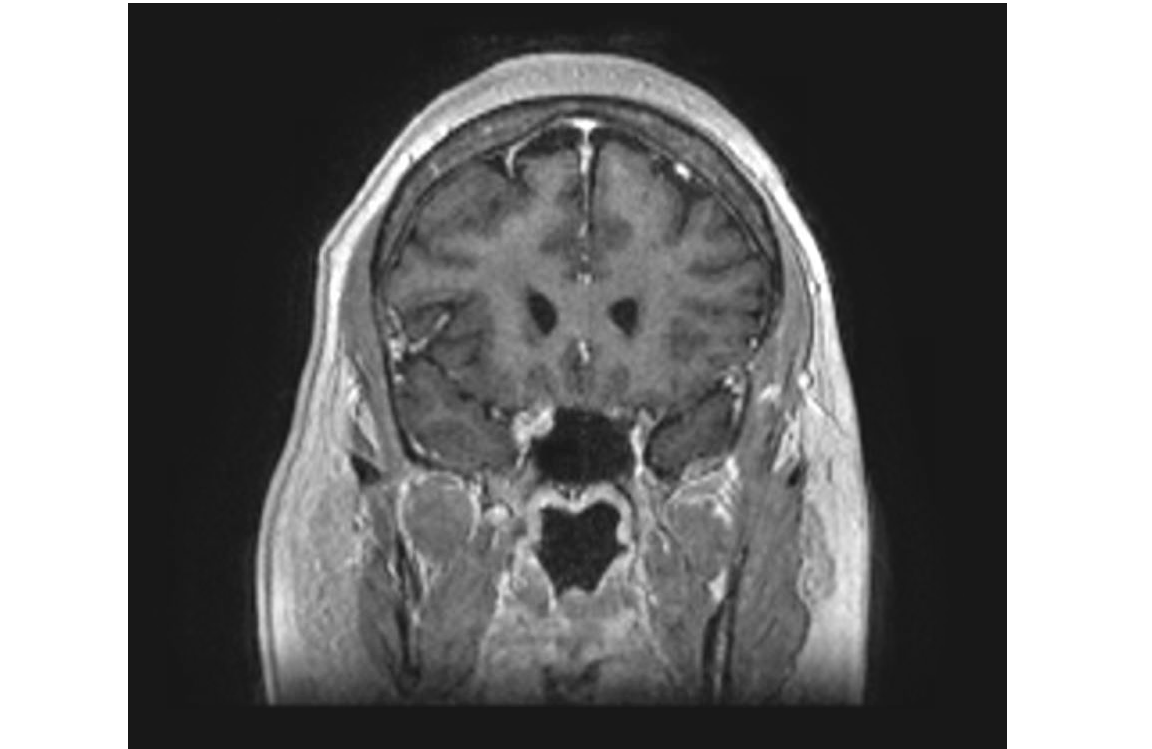 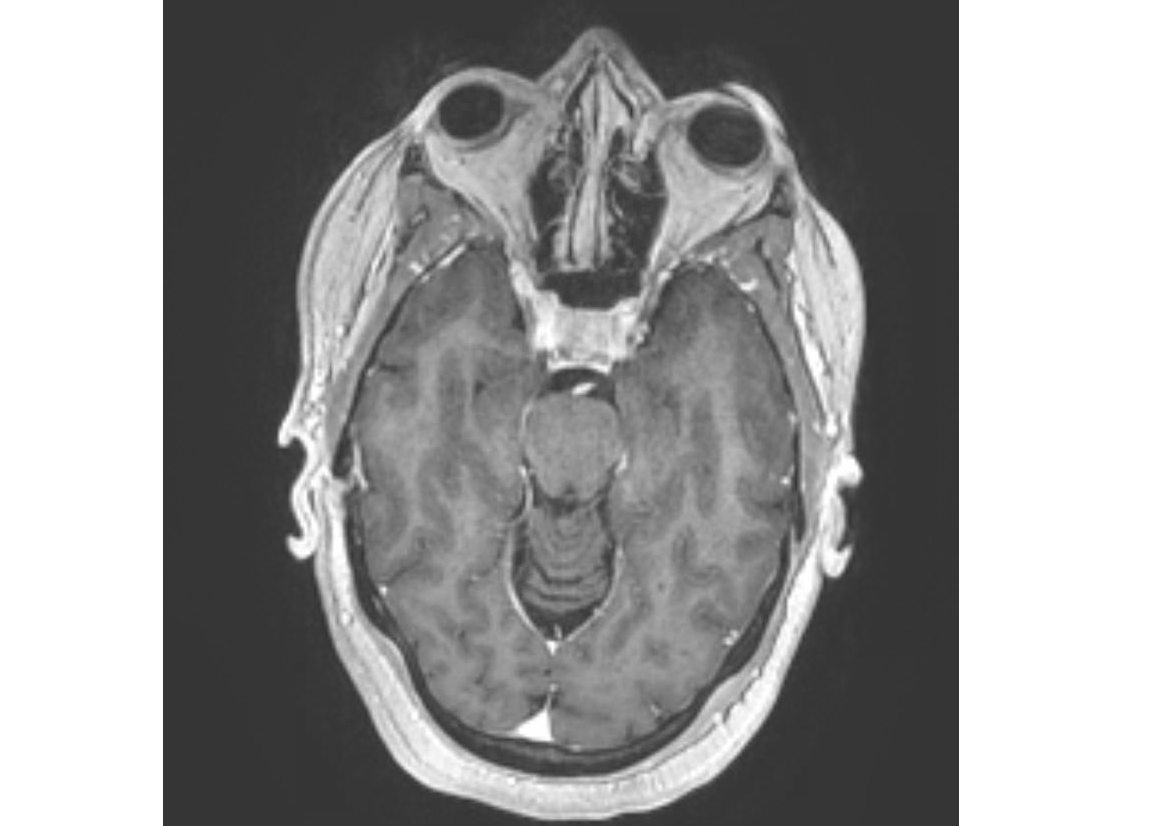 Periarteritic lesions of the carotid siphon with the clinical features of a carotid infraclinoidal aneurysm., TOLOSA E,, Journal of neurology, neurosurgery, and psychiatry, 1954 Nov     [PubMed PMID: 13212421]

The criteria of the International Headache Society for Tolosa-Hunt syndrome need to be revised., Förderreuther S,Straube A,, Journal of neurology, 1999 May     [PubMed PMID: 10399869]