The tibialis anterior muscle, specifically its fleshy muscle belly, has a confluence of proximal attachments. These include the lateral condyle of the tibia, the proximal two-thirds of the lateral surface of the tibial shaft, the anterior surface of the interosseous membrane between the tibia and fibula, the deep surface of the fascia cruris, and the intermuscular septum between it and the extensor digitorum longus. The tibialis anterior tendon (TAT) begins at the distal one-third of the tibia. It travels across the anterior ankle and dorsum of the foot to insert vertically on the medial cuneiform and the base of the first metatarsal. It is the most medial tendon of the ankle and foot.

The tibialis anterior (TA) is the strongest dorsiflexor of the foot. Dorsiflexion is critical to gait because this movement clears the foot off the ground during the swing phase.

The tibialis anterior, along with the tibialis posterior, is also a primary inverter of the foot. Because the TA arises from the lateral tibia and the tendon inserts on the medial border of the foot, muscle contraction lifts structures of the medial arch (medial cuneiform, first metatarsal, navicular, talus) into adduction-supination or inversion. The movement of inversion occurs at 2 synovial joints in the foot: the subtalar joint, between the talus and calcaneus, and the midtarsal joint, between the talus and navicular bone. The tibialis anterior is such a powerful inverter that muscles of the lateral compartment must be engaged in eversion for the TA to dorsiflex the foot without inversion.

Due to its insertion on the medial foot, the tibialis anterior also supports the medial longitudinal arch of the foot. The medial arch is higher than the lateral arch and is formed by the following bones: calcaneus, talus, navicular, three cuneiforms, and the first three metatarsals.[3][4]

The tibialis anterior muscle, a muscle of the lower limb, arises from the myotome of the paraxial mesoderm (somites). At 4 gestational weeks, limb buds develop; by 8 weeks, the bones and muscle groups within the limbs are well-established.

The tibialis anterior is one of four muscles in the anterior compartment of the leg. The others include extensor digitorum longus (EDL), extensor hallucis longus (EHL), and fibularis tertius. The deep peroneal nerve innervates all muscles and is perfused by the anterior tibial artery. Collectively, the muscles dorsiflex and invert the foot at the ankle joint. The extensors (EDL and EHL) also extend the toes; the EDL extends the lateral four toes while the EHL extends the great toe. The fibularis tertius arises from the inferior EDL and contributes to eversion.

The muscle might also insert somewhere different altogether. For example, a deep portion of the muscle can insert more proximally into the talus. Conversely, the tendon may extend further and insert into the head of the first metatarsal or the base of the first phalanx.

Rupture of the tibialis anterior tendon (TAT) is an uncommon pathology. However, in the event of a rupture, if the patient experiences significant loss of dorsiflexion and inversion accompanied by gait disorder, the treatment of choice is surgical repair or reconstruction. In surgery, the tendon is reattached to the bone.

Because the primary function of the tibialis anterior is dorsiflexion, paralysis of this muscle results in “foot drop,” or an inability to dorsiflex. This paralysis can be caused by nerve injury, like direct damage to the deep peroneal nerve, or a muscle disorder, like ALS. “Foot drop” is often most obvious during gait when the patient cannot clear their foot during the swing phase.

The tibialis anterior tendon (TAT), like any tendon, can become irritated and inflamed—a condition known as tibialis anterior tendinitis. Excessive tension on the tendon causes tendinitis, often due to repetitive, high-force activities, for example, hill running or direct contact with equipment, like a shoe that is too tight around the ankle and the tendon. Because the tendon traverses the anterior ankle and inserts on the medial foot, most patients will complain of pain at the front of the ankle or the medial midfoot. Pain will be aggravated by the stressful activity and alleviated by rest. Symptoms usually present gradually and get progressively worse.

On exam, the patient will have tenderness over the tendon and maybe even swelling. Loading the tendon, as in dorsiflexion, will exacerbate the pain. Treatment is conservative. Because the injury is due to exertion, the primary treatment is limiting activity. NSAIDs can be used for analgesia. It is also important to stretch the calf, decreasing the resistance to dorsiflexion. A stabilizing or restricting ankle brace may also decrease the load through the tendon.[6]

In ATSS, the patient will present with tightness or tenderness in the anterior muscles of the leg that is aggravated by running or walking and alleviated with rest. The pain may begin as a dull ache but often progresses to sharper pain. As the injury progresses, pain may be present even at rest.

Since tibial stress syndrome results from overuse and repetitive stress, the most important treatment in the acute phase is rest. Ice and NSAIDs can provide analgesia. Long-term, it is critical to modify the training routine and add in stretching and strengthening exercises. Stretching helps prevent muscle fatigue and subsequent strain on the tibia where muscles attach; strengthening muscles, like the tibialis anterior, helps control movement to reduce stress on the tibia. It is also important to correct underlying biomechanical abnormalities.[7]

Patients with compartment syndrome often present with ischemic pain, described as greater pain than one might expect given the clinical situation. The pain can be reproduced by passively stretching the muscles in the affected compartment. For example, in anterior compartment syndrome, plantarflexion will increase pain. In CCS, like other exertional injuries, the pain is aggravated by activity and alleviated by rest. Patients may also develop paresthesia due to nerve ischemia or paralysis of the affected muscles; however, neurological symptoms may also be due to a concurrent nerve injury. Ischemia may also lead to pallor and pulselessness, though the latter may be a sign of arterial injury instead. Finally, swelling is common and can make the leg feel firm and “wooden” upon palpation.

Early diagnosis of compartment syndrome is critical to avoiding poor outcomes, such as infection, contracture, and amputation. Diagnosis requires awareness of the syndrome and appropriate examination. Intra-compartmental pressure can also be measured to diagnose compartment syndrome. Fasciotomy is the standard treatment; the recommendation is to decompress all four compartments. Chronic compartment syndrome can be treated nonoperatively with complete cessation of all causative activities and massage therapy. In general, nonoperative treatment is unsuccessful.[8] 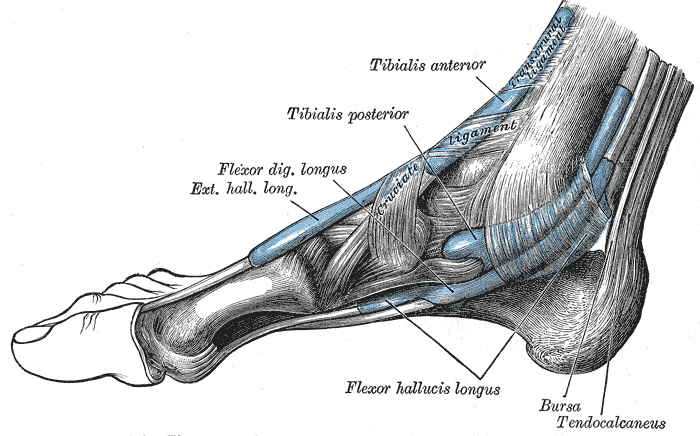 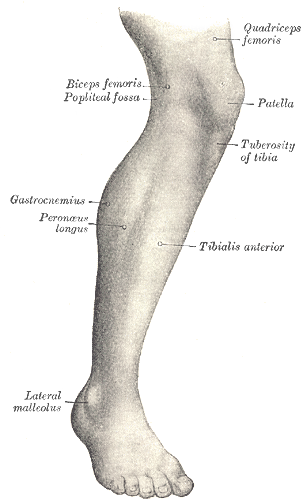