Vascular supply to peripheral nerves intrinsically comes from the vasa nervorum within the epineurium of the nerve and extrinsically from parallel running arteries.

The sural nerve does not innervate any muscle groups as it only provides sensory innervation of the skin. It does, however, travel subcutaneously between the two heads of the gastrocnemius.

For surgeries involving the foot and ankle, the surgeon may use a sural nerve block as an adjunct to general anesthesia. It is relatively easy to perform as the nerve lies very superficial at the ankle and is locatable using anatomical landmarks, though ultrasound guidance is also an option. Risks are similar to those of any nerve block, including pain on injection, bleeding, infection, and allergic reaction to the anesthetic.[3]

The sural nerve can suffer an injury during procedures involving the ankle, calcaneal tendon, or small saphenous vein. The saphenous vein often gets harvested in coronary artery bypass procedures, and the proximity of the sural nerve to this vein predisposes it to injury during the harvesting procedure. Researchers have conducted several studies on the anatomical variability of the nerve as they may pertain to the surgical and clinical outcomes of procedures near the nerve. As it is not a motor nerve and only supplies sensation to a small part of the leg and foot, injury is well tolerated, and this is why the nerve is often used for nerve grafting or biopsy.[6][5]

Entrapment of the sural nerve is most often caused by fascial thickening at the site where the nerve becomes superficial to the gastrocnemius, called the superficial sural aponeurosis. A patient with sural nerve entrapment will present with sensory changes in the area the nerve innervates. There can be burning pain, hyperaesthesia, dysaesthesia, or paraesthesia in the region of the postero-lateral distal leg and lateral foot to the fifth digit. The area of entrapment may also be tender on examination. It must be distinguished from sciatica originating from sacral roots, exertional compartment syndrome, piriformis syndrome, and popliteal artery entrapment as these would present similarly. Decompression can be completed surgically by releasing the fascia that is compressing the nerve.

In patients with peripheral neuropathy that has no clear underlying cause, a sural nerve biopsy may help discover the histopathological etiology. It is not often used in modern medicine due to advances of less invasive technology such as electrophysiological and genetic testing. A biopsy may still be useful in cases where these newer methods provide no answer or a muddled picture; there is still a place for biopsy in cases such as vasculitic neuropathy, amyloid neuropathy, and multifocal leprosy. The sural nerve is a great candidate for biopsy as it is superficial and easily found anatomically, is purely sensory, and permanent anesthesia to its distribution is not likely to cause long-term patient harm. Possible complications include irritation, allodynia, and infection to the surgical wound. The more of the nerve that is taken out relates directly to the amount of sensory loss and recovery of the sensory deficit. However, in one study by Bevilacqua et al., 91% of those who had a section of the nerve had recovered the sensory deficit by 18 months.

Nerve grafts are used to replace or bridge a section of an injured or resected nerve, creating a sort of "track" for the injured nerve axons to grow along to reach the target area. The sural nerve is an excellent candidate as it is sensory-only, easy to harvest, and can provide a decent length of graft tissue. Though sensory deficits were somewhat large after grafting, a study by Butler et al. showed that patients had low postoperative pain and minimal functional deficit after endoscopic resection of the nerve. The study's findings support the continued use of the sural nerve as a common source of nerve grafts. 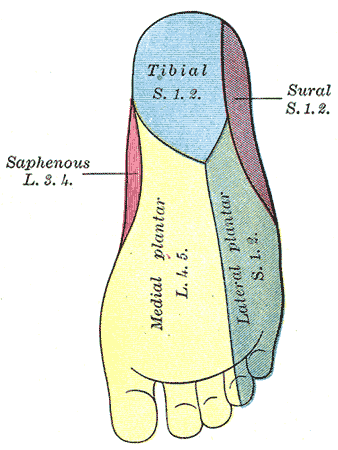 The Sacral and Coccygeal Nerves, Diagram of the segmental distribution of the cutaneous nerves of the sole of the foot; Tibial, Sural, Saphenous, Medial Plantar, Lateral Plantar
Contributed by Gray's Anatomy Plates 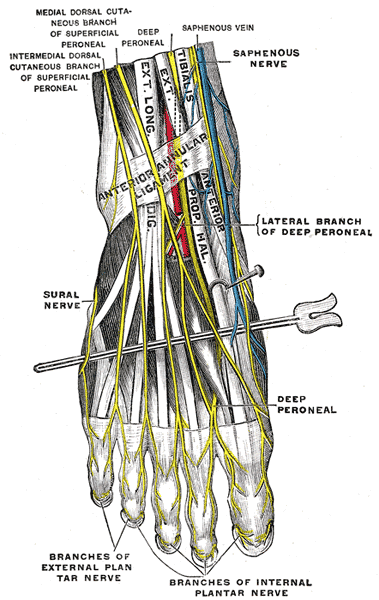 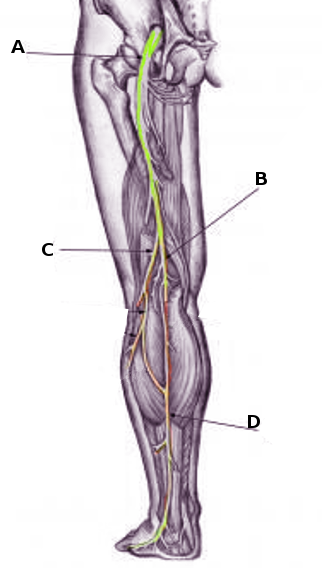 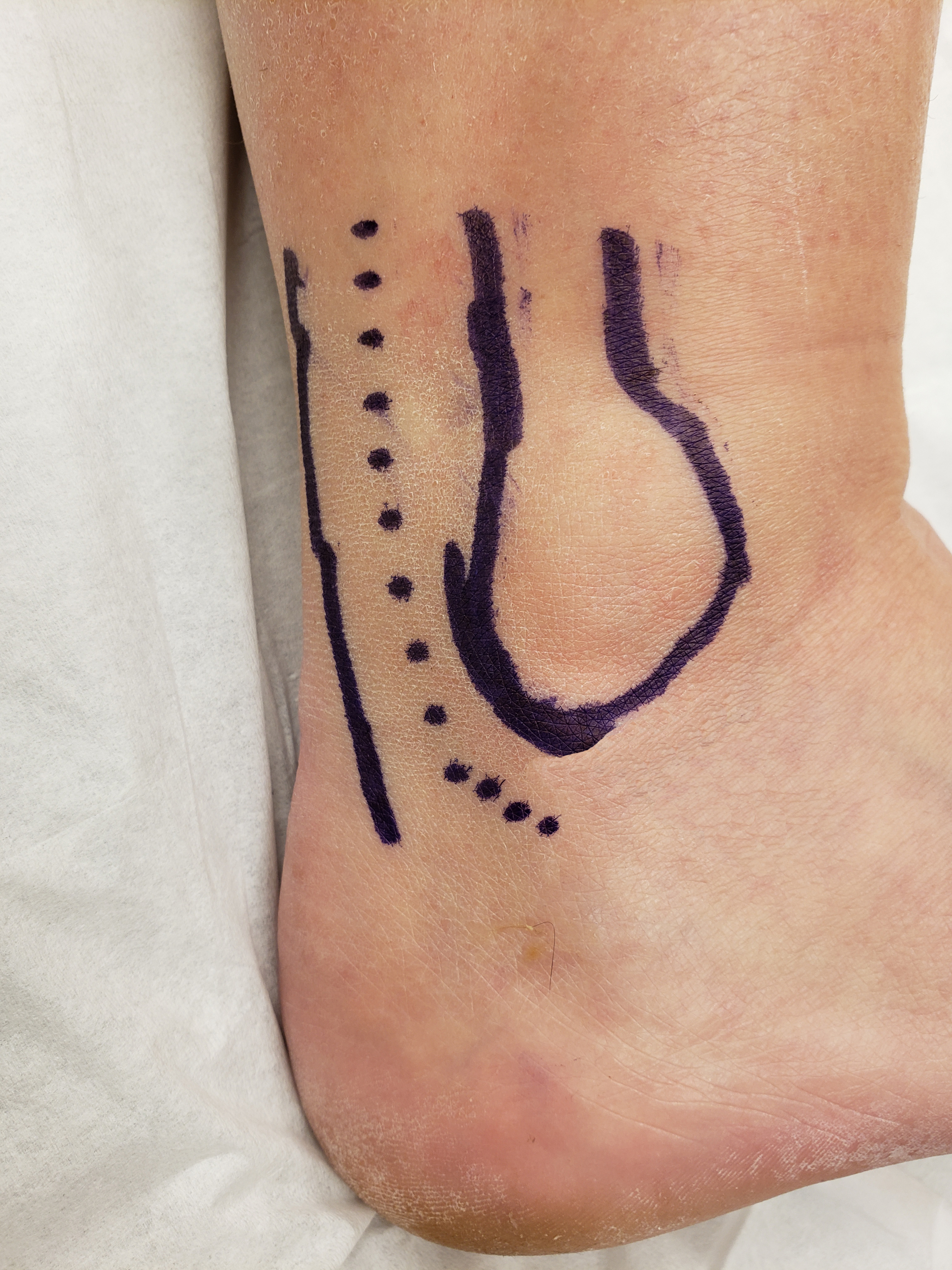 Lawrence SJ,Botte MJ, The sural nerve in the foot and ankle: an anatomic study with clinical and surgical implications. Foot     [PubMed PMID: 7820241]