Seborrheic dermatitis is a common papulosquamous skin disease that is most prevalent in infancy and middle age, and it usually presents differently in these two age groups. This activity will help to identify the different presentations of seborrheic dermatitis and illustrate how each may influence management decision making that leads to improved treatment outcomes.

Infants are not usually troubled by seborrheic dermatitis, but it may cause significant parental anxiety, often appearing as firm, greasy scales on the crown and frontal regions of the scalp. It occurs in the first three months of life and is mild,self-limiting, and resolving spontaneously in most cases by the first year of life.ASD, on the other hand, is characterized by a relapsing and remitting pattern of disease and is ranked third behind atopic and contact dermatitis for its potential to impair the quality of life.[1]

There are multiple factors associated with the development of seborrheic dermatitis, and their disparate nature has led to many proposals about its cause and pathogenesis, but the onset of SD appears linked to the interplay of normal microscopic skin flora (especially Malassezia spp.), the composition of lipids on the skin surface and individual susceptibility. Neither the level of sebum produced nor the amount of yeast appears to be significant factors.[2]

The worldwide prevalence of seborrheic dermatitis is around 5%, but the prevalence of its non-inflammatory variant, dandruff, is probably closer to 50%. SD affects all ethnic groups in all regions globally.[3] The prevalence of SD is bimodal with a peak in the first three months of life and then from adrenarche to a second peak after the fourth decade. In Australian preschool children, the prevalence of SD was approximately 72% at three months then fell rapidly with an overall incidence of 10%. Furthermore, analysis of the Rotterdam Study data found that 14% of middle-aged and elderly adults had SD.[4] In HIV-AIDS, however, 35% with early HIV infection have SD, and the prevalence reaches 85% in patients with AIDS.[5]

Risk factors for the development of seborrheic dermatitis include:

Proposed mechanisms for the pathogenesis of seborrheic dermatitis include[8][9][10]:

However, there is insufficient evidence to link ISD with the development of ASD.

The dermatopathology of seborrheic dermatitis is non-specific, but the surface and infundibular epidermis usually show a superficial perivascular infiltrate of lymphocytes, acanthosis, focal spongiosis, and focal parakeratosis.[11][12] “Shoulder parakeratosis” refers to scale-crust accumulation around the infundibular ostia. Malassezia may be present in the stratum corneum.

Histological progression from acute to chronic SD characteristically demonstrates a transition from spongiosis to psoriasiform hyperplasia and the development of a lichenoid lymphocytic infiltrate.Severe SD is often associated with keratinocyte necrosis, focal interface destruction, and leukocytoclasis.

The distribution of lesions is the most important clinical feature of seborrheic dermatitis, with lesions occurring in areas where the skin is rich in sebaceous glands, especially on the scalp and face. ISD is generally asymptomatic, but atopic dermatitis frequently coexists. On the other hand, pruritus is common in ASD, especially with scalp lesions, and patients regularly report burning, but there is usually no history of atopic dermatitis. Seborrheic dermatitis characteristically demonstrates folliculocentric salmon-colored papules and plaques with a fine white scale, and a yellowish crust often described as a greasy scale-crust. It may present in one or more locations, with less scaling on flexural surfaces, and with lesions whose margins tend to be poorly defined.

The mildest form of SD is a non-inflammatory variant commonly referred to as pityriasis capitis or sicca.[12] It affects the scalp and “beard region” and is associated with the shedding of small light-colored flakes of skin, often seen on a background of dark clothing as “dandruff.” Sudden onset of severe SD should be a red flag for the presence of HIV-AIDS, with early recognition and diagnosis of HIV-AIDS significantly improving long-term outcomes. Common clinical presentations include reddening of the face, scaling, and dandruff. On darker skin, there may be persistent dyschromia with variable hyper/hypo-pigmentation. Other conditions associated with Malassezia spp may be present, including pityriasis versicolor and (Pityrosporum/Malassezia) folliculitis in adults and neonatal cephalic pustulosis.[13] Lesions on the anterior chest tend to have a psoriasiform morphology but frequently have a petaloid appearance, with such annular lesions commonly observed on the face in darker skin phenotypes. A pityriasiform variation (with a collarette scale mimicking pityriasis rosea) is rare.

The face, scalp, and chest are the sites most commonly involved in ASD, with around 88%, 70%, and 27% of cases developing lesions in these areas, respectively.[14] On the head and neck, seborrheic dermatitis is characteristically symmetrical and involves the central third of the face, including the malar region, the center of the forehead, the eyebrows (especially their medial aspects), the postauricular area, and the external ear canal. SD characteristically affects the nasolabial and alar folds, and blepharitis is a common finding with the involvement of the anterior (lash) line.

Psoriasis requires differentiating from seborrheic dermatitis in adults. It is characterized by indurated red papules and plaques that have a sharply defined margin and a loose, silvery lamella scale. The nails may show psoriatic changes, and the Auspitz sign is positive. The existence of sebopsoriasis as a separate clinical entity has come into dispute.[7]

ISD usually appears in the second week of life and tends to last 4 to 6 months. It can present in the facial distribution of ASD, the diaper region, the skin creases of the neck, and the axillae. The rash is usually not itchy or painful, and the infants look content, but parents may be distressed. It is generally mild and self-limiting. A common presentation known as cradle cap refers to as an adherent yellowish scale-crust that arises on the crown and front of the scalp, developing from a bran-like scale, serous ooze, and a greasy crust, to create a firm mass that may progress to involve the whole scalp.

Pityriasis amiantacea may be present in ISD. It represents a set of clinical findings that may occur in older infants or young children but is not specific to seborrheic dermatitis. Typically, there are thick, silvery or yellow scales enveloping scalp hairs and binding them in tufts and can also be present in scalp psoriasis, atopic dermatitis, and tinea capitis. Atopic dermatitis is important in the differential diagnosis of ISD. It tends to be pruritic and prone to weeping and typically occurs on the face and limb flexures (elbow and knee) and spares the trunk. The child tends to be upset by the rash, and scratch marks are a common finding.

It is not necessary to routinely investigate seborrheic dermatitis, but HIV serology should be expedited in cases of severe SD, especially where the onset is sudden. Clinical features of Parkinson disease require recognition in elderly patients. The patient’s medications require a review.

The following tests may be helpful in the differential diagnosis

The approach will vary according to the patient’s age and the distribution and severity of the condition. It is essential to discuss good general skincare practices, including the use of a soap-substitute and appropriate moisturizing.[15] Treatments should address the underlying disease process and any secondary features, especially the hyperkeratotic scale, Staphylococcal infection, and associated symptoms, particularly pruritus. A Danish expert group recommended that authorities adopt topical antifungals as first-line treatment and agreed that topical corticosteroids and calcineurin inhibitors should only be used for significant symptoms and to manage moderate to severe flare-ups.[16] In ISD, removing the scale-crust in cradle cap and allaying parental anxiety are important considerations.[17] Sorbolene cream or lotion and a soft-bristled toothbrush can be used to soften and remove the cradle cap scales. On the other hand, it is crucial to relieve itch and discomfort in ASD.

A typical formulary should include antifungals, keratolytics, antipruritics, and anti-inflammatories (topical corticosteroids and calcineurin inhibitors). Moreover, treatment rotation may be more effective and associated with fewer adverse reactions than persisting with monotherapy. For scalp and non-scalp SD treatment, evidence supports the use of topical 1% to 2% ketoconazole, 1% ciclopirox, 1% zinc pyrithione, and 1% hydrocortisone.[18] Intermittent use of a mild topical corticosteroid and imidazole antifungal combination is convenient and can be very effective, but a potent corticosteroid may be necessary for short term treatment of scalp ASD. Shampoos usually contain combinations of agents such as pine or coal tar (antipruritic/keratolytic), salicylic acid (keratolytic), sulfur (antimicrobial/keratolytic), and sulfacetamide (anti-inflammatory/antibacterial). The patient can apply these to the scalp and non-scalp regions and washed-off after 5 to 10 minutes. Care should be taken when using topical salicylic acid, selenium, or zinc for the treatment of ISD, given the lack of safety and efficacy data to inform such treatment, but topical ketoconazole has been shown to be safe in infants with minimal systemic absorption detected.

Side effects associated with topical corticosteroids should be mitigated by intermittent use of site-appropriate potencies or steroid-sparing preparations such as topical 1% pimecrolimus. Another strategy is to employ the inherent anti-inflammatory effect of the topical antifungals, estimated to be equivalent to 1% hydrocortisone.[19] Oral treatment should be a consideration for generalized or refractory disease, and the standard of care utilizes the antifungal and anti-inflammatory properties of ketoconazole (monitor liver function; Black Box warning), itraconazole (check for CYP450 drug interactions; can worsen heart failure), and fluconazole (adjust the dose according to renal function). Itraconazole has the greatest anti-inflammatory effect, while oral terbinafine may be more effective than oral fluconazole in severe SD. Low-dose isotretinoin is non-inferior to topical standard of care but is commonly associated with significant mucocutaneous side effects.[20]

Itraconazole is safe and effective for controlling flares of SD and in preventing relapses.[19] It has also been shown to improve the quality of life in patients with moderate to severe SD.[21] However, given the absence of high-quality safety and efficacy data, a specialist team review is recommended before commencing oral treatment for ISD.In HIV-AIDS, antiretroviral treatment frequently improves SD, and SD may improve with L-dopa therapy in Parkinson’s disease.[22] Future therapies for SD could target improving skin barrier function or restoring the skin’s surface lipid composition.

Typical Formulary May Include:

i. Topical Creams, Ointments, and Lotions

Important Considerations in the Differential Diagnosis for Adult SD

Important Considerations in the Differential Diagnosis for ISD

ISD usually affects the scalp and is mild and self-limiting, whereas ASD presents a chronic pattern of skin disease characterized by relapses and remissions. ASD is very controllable but not curable.

Seborrheic dermatitis usually takes a benign course, and serious complications are very rare. The intertriginous areas and eyelids are prone to secondary bacterial infections, especially during acute flares, and the diaper region is particularly prone to overgrowth with Candida spp.

Erythroderma has been reported in immunosuppressed neonates with generalized ISD, but it is more frequently a feature in adults with HIV-AIDS. However, research has not firmly established that SD causes erythroderma per se, given its predilection for sebaceous-rich skin.[7][13] The most common problems associated with both ISD and ASD relate to misdiagnosis of the condition.[23]

SD is a difficult condition to manage in the adult, and its management is best by an interprofessional team.

Even though primary clinicians manage the condition, it is best to refer the complex patient to the dermatologist for guidance. Dermatology specialty-trained nurses can also help by counseling the patient, providing direction on medical management, and monitoring and charting treatment progress. A pharmacist should also be on the case, with assistance in selecting the most appropriate agents, verifying dosing, offering patient education, and performing medication reconciliation, informing the prescriber of any issues encountered. Close communication between interprofessional team members is vital to improving outcomes. 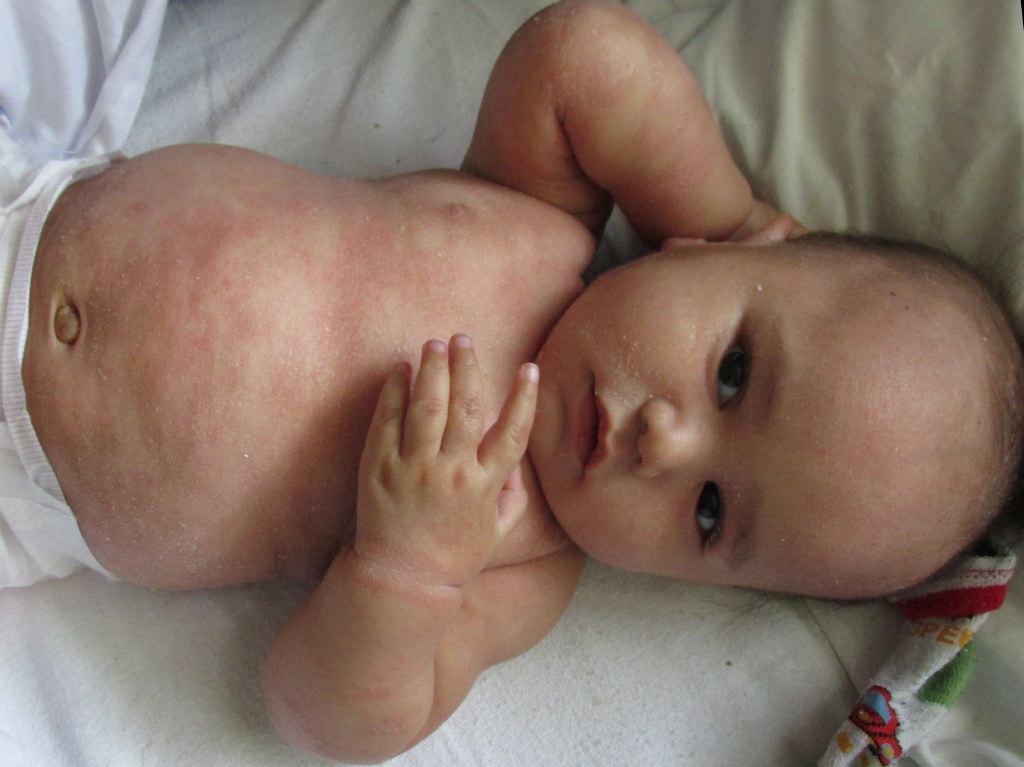 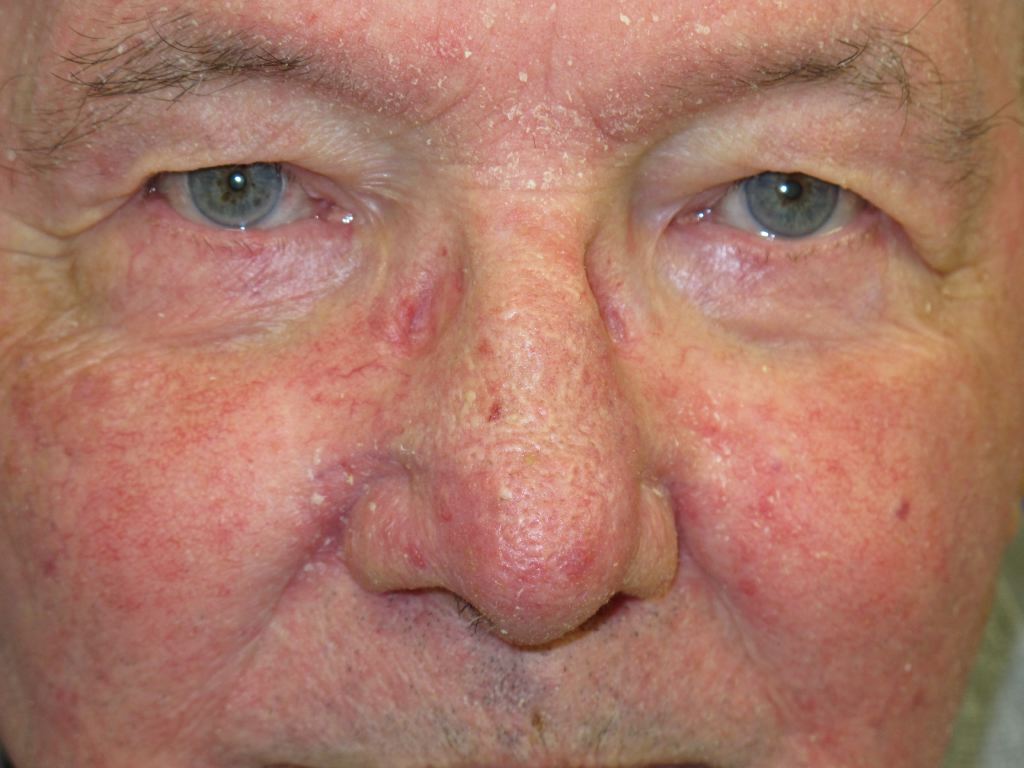 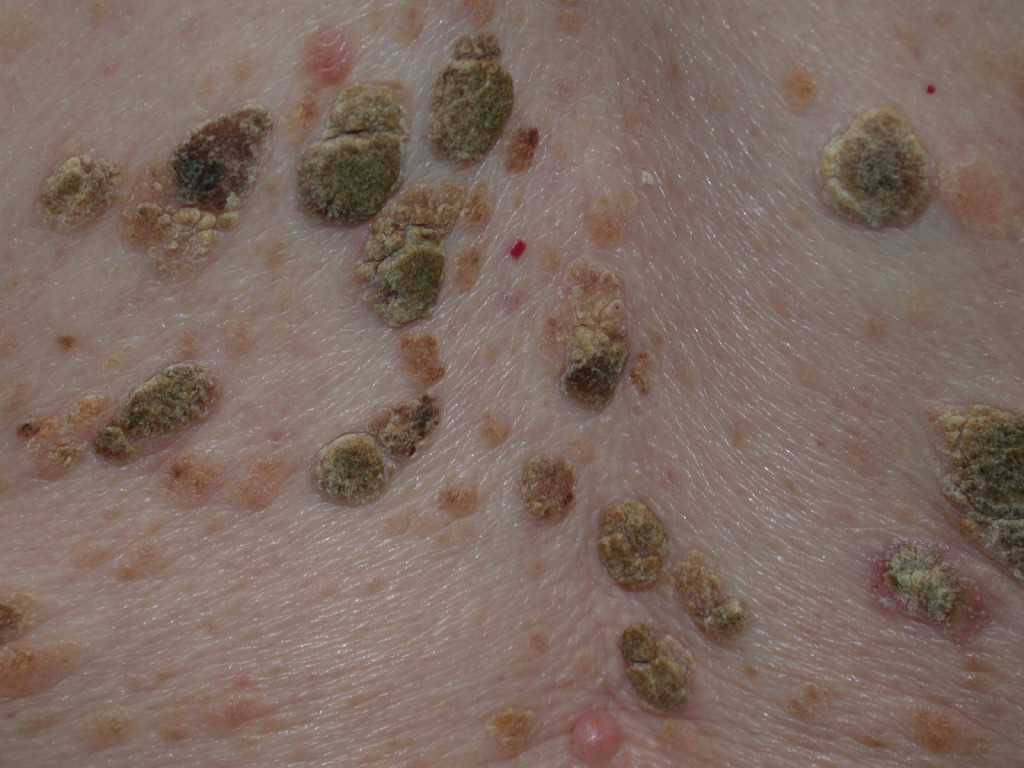