The precentral gyrus is a part of the cerebral cortex and contains the neocortex. Neocortex contains six different cell layers (I-VI), which are numbered starting from the cortical surface and move inward. Layer I mainly consists of the dendrites from neurons and axons of the deeper layers. Layers II and III contain neurons that extend to other layers of the cortex, layer IV receives inputs from the thalamus, layer V consists of projections to other subcortical areas, such as the basal ganglia, brainstem, and spinal cord, and layer VI contains projections to the thalamus. Different areas of the cerebral cortex consist of varying layer thickness depending on the function of that region. The primary motor cortex consists of larger layers III and IV due to the numerous projections to the brainstem, spinal cord, and other cortical areas to control voluntary movement. The primary motor cortex does not receive a lot of sensory information from the thalamus, so there is a thinner layer IV. Giant pyramidal cells of Betz are also found within the primary motor cortex and project down to the lumbosacral segments of the spinal cord. The primary motor cortex receives afferent inputs from the premotor cortex, sensory cortex, thalamus, basal ganglia, and cerebellum. The neurons within the primary motor cortex contribute to the establishment of the corticobulbar, corticospinal, and cortico-rubrospinal tracts.[2][4][2]

Voluntary motor movements are largely under the control of the corticospinal tract.[7] This tract can also be referred to as the pyramidal tract due to its triangular shape in the medulla. The corticospinal tract is formed from neurons in the precentral gyrus, premotor area, and postcentral gyrus, with 80% of its fibers supplied by the primary motor cortex. The path continues from the cortex and moves through the posterior limb of the internal capsule. From there, it travels to the middle area of the cerebral peduncle and forms multiple axon fascicles in the basis pontis. After the pons, the corticospinal tract enters the ipsilateral medullary pyramid. It is at this point where most fibers cross to the contralateral side at the pyramidal decussation, located at the medullary-spinal cord junction. These crossed fibers continue down the spinal cord in the lateral funiculus. The lateral funiculus is also somatotopically organized with the fibers supplying the sacral region is the most lateral, followed by the thoracic and lumbar fibers, and then the cervical fibers traveling more towards the midline. These fibers synapse directly and indirectly, through interneurons, on alpha and gamma lower motor neurons, especially those associated with more distal muscles.[2]

The corticobulbar tract is a similar pathway to the corticospinal tract, except instead of supplying the muscles of the body, it supplies the muscles of the face and head. This tract primarily starts in the lateral aspect of the primary motor cortex, located within the precentral gyrus. From there it travels through the genu of the internal capsule, cerebral peduncle, basis pontis, and on to the medullary pyramids on the ipsilateral side. Fibers then go on to synapse on the motor nuclei of cranial nerves, both directly and indirectly through interneurons. The corticobulbar tract sends direct bilateral fibers to the hypoglossal nerve, facial nerve, and trigeminal nerve motor nuclei. The motor nucleus of the facial nerve is a special case in this tract. The part that supplies the muscles around the mouth and lower face receives only contralateral fibers from the corticobulbar tract. While the part that supplies the forehead and muscles of the upper face receives bilateral fibers originating from both sides.[2]

The cortico-rubrospinal tract is a motor pathway that aids in the regulation of flexor muscle movements of the extremities. This corticospinal system controls spinal cord lower motor neurons indirectly. It begins as the corticorubral tract in the primary motor cortex within the precentral gyrus and sends fibers down to the ipsilateral red nucleus of the midbrain. From there, it continues as the rubrospinal tract, as the fibers cross over in the ventral tegmental decussation and continue down the lateral brainstem. The fibers then intermix with fibers from the lateral corticospinal tract and travel down the spinal cord in the lateral funiculus. The axons from the rubrospinal tract then synapse on alpha and gamma motor neurons of the muscles associated with the flexion of the extremities.[2]

The pattern of gyri within the cerebral hemispheres varies between individuals, but the primary sulci that form in fetal life, the central and precentral sulci, are relatively constant.[8]

Several conditions exist that necessitate the need for surgery within or very close to the precentral gyrus. Glioma resection and resection to decrease the number of seizures in refractory epilepsy are two discussed here. In both cases, the potential for postoperative motor deficits needs to be kept in mind, when determining the risk-benefit ratio for patients.[9][10]

Tumors located within the primary motor cortex of the precentral gyrus are frequently considered unresectable due to the likelihood of creating new neurological deficits. However, the primary goal of glioma surgery is to achieve the maximal safe resection because the extent of this resection has been shown to increase survival for both low- and high-grade gliomas. New neurosurgical techniques have been introduced to achieve the maximal safe resection while decreasing the consequences seen postoperatively. One technique showing promise is the use of intraoperative stimulation mapping, which has been shown to decrease the incidence of severe neurological deficits by 60%. Even with new techniques, the risks of resecting gliomas in the precentral gyrus are still present. Up to 20% of patients who have undergone a resection involving the primary motor cortex or precentral gyrus have reported postoperative permanent motor deficits. The risk of a patient developing a motor deficit can still be up to 30% even with experienced hands, direct cortical stimulation, and intraoperative neuromonitoring. Given the potential for risks during precentral gyrus resections, patients should be counseled prior to surgery on the high probability of having a new or worsened motor dysfunction. However, these deficits usually partially or completely resolve with time. Several techniques have been found to help neurosurgeons perform safer resections. Surgical planning assistance is available with the use of preoperative transcranial magnetic stimulation (TMS), which is also useful to aid with functional MRI and diffusion tensor imaging (DTI)-based tractography and is beneficial when ruling out if there is functional involvement of the primary motor cortex. Using TMS may lead to greater gross-total glioma resection. Continuous motor mapping with direct cortical stimulation is being tried as a new technique to help make precentral gyrus resections safer.[10][11][12][13][12][11][10]

Resections in the motor cortex have demonstrated effectiveness as a treatment option for patients with refractory epilepsy that begins within the precentral gyrus. Out of 280 patients, 85% showed some seizure improvement. These improvements did not come without deficits, as 58% of patients had an immediate postoperative motor deficit, and 23% had a long-term motor deficit. These motor deficits display a certain pattern of recovery. Immediately after surgery, there is paresis of the affected area for about two weeks. Following those two weeks, recovery begins in the proximal aspect of the limb and travels distally over the next couple of months. For the upper extremity, shoulder movement is seen first, followed by elbow flexion, elbow extension, wrist flexion, and finally return of hand function. The lower extremity strength tends to recover better than upper extremity strength, with the most common functional outcome being the return of ambulation without assistance. For resections involving the facial area of the primary motor cortex, the functional outcomes are facial symmetry and language function. In 37 patients, 20% noted a facial weakness, and 40% reported immediate postoperative dysphagia. Most patients had a resolution of postoperative dysphagia, with only 8% reporting long term dysphagia.[9] 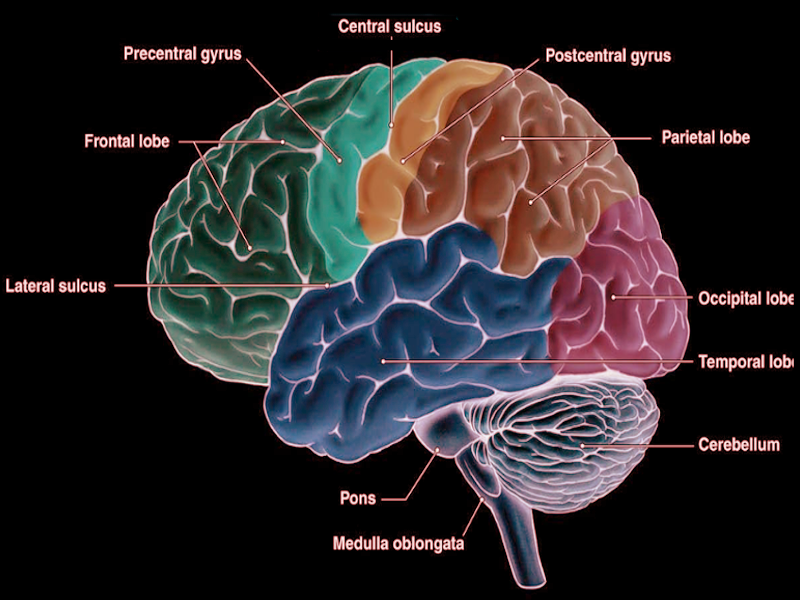 Jang SH, The role of the corticospinal tract in motor recovery in patients with a stroke: a review. NeuroRehabilitation. 2009;     [PubMed PMID: 19458437]