The pericardium is composed of two layers: a visceral layer and a parietal layer. These two layers are naturally separated by a small amount (up to 50 mL) of fluid, which provides lubrication, reducing friction on the epicardium of the heart while equalizing forces over the surface of the heart to buffer increased variation in transmural cardiac pressures. Additionally, it permits transmission of intrathoracic pressure changes to the heart. Any supraphysiologic collection of fluid between these two layers is described as an effusion. These effusions may be transudative, exudative, sanguineous, or chylous. Inflammation of the pericardium secondary to any number of diseases leads to scarring and fibrosis, which eventually causes loss of elasticity of the pericardium. This fibrosis prevents expansion of the pericardium, leading to external compression of the heart and impeded filling.

Causes of effusion and constriction overlap. In the developed world, causes include idiopathic, viral, post-procedural, radiation, drug-induced, connective tissue disease, post-myocardial infarction (Dressler syndrome), malignancy, trauma, and uremia. In the developing world, the most common cause is tuberculous pericarditis. Specifically, in regions where tuberculosis is common, tuberculosis is a frequent cause of effusive-constrictive pericarditis. In one study, patients most likely to develop constrictive pericarditis after an episode of acute pericarditis had a fever, a chronic course of pericarditis, nonviral/nonidiopathic etiology, a large pericardial effusion, tamponade, use of steroids, or failure to respond to NSAID therapy.[2][3][4][5]

In the process of healing, the initial episode of acute pericarditis, obliteration of the pericardial cavity occurs by granulation tissue formation and subsequent fibrosis of the pericardium. This causes the heart to be encased in a contracted, non-elastic pericardium. This rigid pericardium prevents transmission of negative intrathoracic pressures during inspirations to the heart, limiting ventricular filling during late diastole when the pericardium has reached its elastic limit. In the case of a concomitant effusion, the ventricular filling is impeded during the entire diastolic cycle due to tamponading of the heart. In all, both disorders lead to decreased end-diastolic volume and, therefore, decreased cardiac output. In constrictive pericarditis, the dissociation between intrathoracic pressure and intracardiac pressures due to decreased pericardial elasticity decreases venous return with inspiration. However, stretching of pulmonary veins during inspiration still occurs, whereas left ventricular pressure remains constant, causing decreased left ventricular filling.

This decrease in left ventricular (LV) volume allows a septal shift to the left, permitting filling of the right ventricle (RV) but not due to increases in venous return. In tamponade, there still is a transmission of intrathoracic pressures to the heart, causing increased venous return during inspiration. This causes bowing of the interventricular septum into the LV during diastole, preventing complete filling of the left side of the heart. This is coupled with decreased LV return due to low pulmonary venous pressure compared to left ventricular pressure. Common to both disorders is the equalization of the diastolic pressures in all four chambers. This occurs due to a fixed pericardium or fluid volume exerting equal contact pressures on all chambers, causing elevation and equalization of the diastolic pressures. Additionally, the stiff pericardium limits the expansion of the ventricles beyond a point after which one can fill only by compression of the other. In tamponade, these pressures decrease in unison during inspiration, whereas in pericarditis, right atrial pressure may increase or remain constant during inspiration while left atrial/pulmonary capillary wedge pressure decreases. In patients with effusive-constrictive pericarditis, a pericardial effusion under compression of a fixed pericardium mimics tamponade.[8][2]

Pericardial reaction to injury involves the release of serous fluid, fibrin, cells, or a combination determined by the underlying cause. Infectious injury to the pericardium causes two different types of reactions. Viral injury produces a transient pericardial reaction, which mostly resolves. Acid-fast organisms such as Mycobacterium tuberculosis cause a mononuclear reaction, eventually resulting in severe fibrous thickening of the pericardium. Pyogenic organisms cause a polymorphonuclear reaction that may also progress to fibrous thickening and constriction.

Histopathologic examination of the constricted pericardium will show fibrotic thickening, fibrin deposition with organization, and non-specific inflammation. A proliferation of the pericardial mesothelial cells occurs with thickening. The effusions themselves may be serous (seen in congestive heart failure, hypoalbuminemia, viral and irradiation), sanguineous or bloody (seen in acute myocardial infarction, aortic rupture or dissection, cardiac surgery, anticoagulation, chronic renal disease, and malignancy), chylous (seen with injury to the thoracic duct), or purulent (seen in infectious etiologies). Finally, adhesions may occur between the two pericardial layers, causing obliteration of the potential space. This occurs with healing after serosal injury, radiation, infectious agents, idiopathy, and connective tissue disorders.[3]

Echocardiography is recommended to evaluate constrictive pericarditis as it has excellent sensitivity and specificity for detecting effusions. This is observed as echolucent free space between the visceral and parietal pericardium. Echocardiography also permits the estimation of effusion size. Constrictive pericarditis on echocardiography may show increased pericardial thickness with or without calcification. A rapid deceleration during diastolic filling, as the ventricular volume approximates that of the constraining pericardium, along with deviation of the septum toward the left ventricle (septal bounce) are specific and sensitive signs of constriction and ventricular interdependence seen on echocardiography, respectively. Doppler recordings will also show abnormal filling in early diastole, increased transtricuspid diastolic flow velocity during inspiration, decrease during expiration, and a reduction in transmitral flow during inspiration. M mode is essential in ruling out constrictive pericarditis, and the absence of the following makes the diagnosis unlikely: the posterior motion of the septum during early diastole on inspiration, lack of increase in venous return during inspiration, and early pulmonic valve opening secondary to higher right-sided pressure compared to pulmonary artery pressure.

Chest radiography is not sensitive in diagnosing effusive constrictive pericarditis, although the cardiac silhouette may appear enlarged if the effusion is large enough. The cardiac silhouette may also be flask-shaped, without evidence of pulmonary congestion, as this is not a left-sided failure in origin. However, the absence of evidence of chest radiography does not rule out effusive-constrictive pericarditis.

An electrocardiogram may show low amplitude in all leads due to an effusion-blunting electrical activity to the chest wall. There may also be nonspecific ST-T wave changes if acute pericarditis is ongoing. In the presence of a large effusion, electrical alternans occurs due to the rocking motion of the heart in the effusion during the respiratory cycle and is evident as alternating amplitudes of the QRS waves.[8][11][12]

Therapeutic management of effusive-constrictive pericarditis is both symptomatic and curative. The treatment should be guided to the underlying cause if it was determined. Symptomatically, patients may be treated with NSAIDs, colchicine, or steroids for the pain and inflammation. Caution must be taken with steroids as this may actually cause clinical deterioration in some patients. Diuretics may be used to relieve symptoms of volume overload but must be applied cautiously as there is already decreased cardiac output seen in these patients. Treatment of the underlying disorder (e.g., uremia, infection, etc..) is also necessary for decreasing the inflammatory cycle. Pericardiocentesis could be required to relieve cardiac compression. Despite these temporizing measures, the underlying constricted pericardium will continue to cause symptoms unless surgically removed. As such, pericardiectomy is the only definitive management of effusive-constrictive pericarditis and requires removal of both the visceral and parietal pericardium, which is associated with increased morbidity and mortality. Although curative, every procedure has associated risks, so it should be reserved for patients not responding to medical management. A subset of patients may have a spontaneous resolution after treatment of the underlying disorder or whose symptom severity responds to anti-inflammatory agents. Surgery should be postponed in such patients.[13][14][15]

The outcome of effusive-constrictive pericarditis without treatment is dismal. In a systematic review of all causes of effusive-constrictive pericarditis in the literature, the pericardiectomy rate ranged from 40% to 100%, and the mortality rate was as high as 50% overall. In addition to the syndrome itself and post-operative complications, patients may die from the underlying disorder, including metastases or tuberculosis. The perioperative mortality of pericardiectomy is high. After pericardiectomy, the mortality rate was as high as 50% if a bypass was required in one institution's experience. However, in patients not requiring a bypass, the mortality rate was 0%. The risk of overall mortality is also increased with the degree of heart failure, radiation, post-cardiac surgery, and the need for cardiopulmonary bypass.[14][16]

Left untreated, effusive pericarditis can result in life-threatening sequelae, most notably heart failure symptoms. But with proper treatment and management, many patients with this condition can live healthy lives.

While effusive pericarditis generally presents with non-specific symptoms, patients need to understand the importance of reporting any worsening dyspnea, peripheral edema, loss or gain of weight, and pressure or pain in their chest.

Effusive constrictive pericarditis is best managed by an interprofessional team that also includes cardiac nurse practitioners. While aspiration may temporarily relieve symptoms, the definitive treatment is pericardiectomy. However, before surgery is undertaken, the patient's medical condition must be optimized. Following pericardiectomy, most patients are relieved of symptoms. 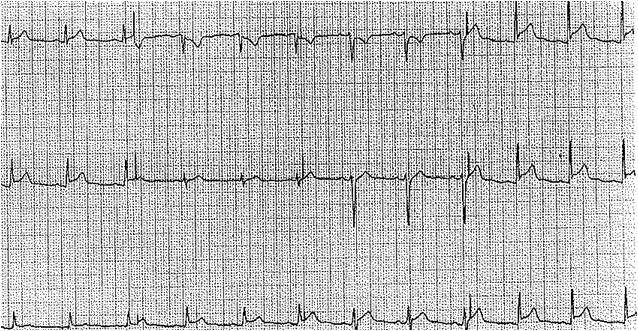