In spite of breakthroughs in diagnosis, treatment, and vaccination, in 2015 there were 8.7 million reported cases of meningitis worldwide with 379,000 subsequent deaths. This activity reviews the cause, presentation, and diagnosis of meningitis and highlights the role of the interprofessional team in its management.

Signs and symptoms of meningeal inflammation have been recorded in countless ancient texts throughout history; however, the term 'meningitis' came into general usage after surgeon John Abercrombie defined it in 1828.

Despite breakthroughs in diagnosis, treatment, and vaccination, in 2015, there were 8.7 million reported cases of meningitis worldwide, with 379,000 subsequent deaths.[1][2][3]

Meningitis is a life-threatening disorder that is most often caused by bacteria or viruses. Before the era of antibiotics, the condition was universally fatal. Nevertheless, even with great innovations in healthcare, the condition still carries a mortality rate of close to 25%.

Risk factors for meningitis include:

In the United States, the annual incidence of bacterial meningitis is approximately 1.38 cases/100,000 population with a case fatality rate of 14.3%. [6]

The highest incidence of meningitis worldwide is in an area of sub-Saharan Africa dubbed “the meningitis belt” stretching from Ethiopia to Senegal.[7][2][8]

Most common bacterial causes of meningitis in the United States are: [9]

Consider less common bacteria such as Staphylococcus aureus in patients with recent surgery, central lines, and trauma. Mycobacterium tuberculosis should be considered in immunocompromised hosts. Borrelia burgdorferi in patients with travel to Lyme endemic areas. Treponema pallidum in HIV/AIDS and individuals with multiple sexual partners. Escherichia coli is an important pathogen in the neonatal period.

Viruses can penetrate the central nervous system (CNS) via retrograde transmission along neuronal pathways or by hematogenous seeding.

One should try to determine a history of exposures, sexual contact, animal contact, previous neurosurgical intervention, recent travel, and the season. Most viral cases tend to occur in the warmer months.

Signs and symptoms are less evident in neonates and infants. They can present with and without fever or hypothermia, decreased oral intake, altered mental status, irritability, bulging fontanelle. It is important to obtain a full perinatal history and vaccine records. Some causes of meningitis are vaccine-preventable such as Pneumococcus, Haemophilus influenzae type B, Meningococcus, Measles, and Varicella-virus.

Meningitis is diagnosed through cerebrospinal fluid (CSF) analysis, which includes white blood cell count, glucose, protein, culture, and in some cases, polymerase chain reaction (PCR). CSF is obtained via a lumbar puncture (LP), and the opening pressure can be measured. [10][11][12]

Additional testing should be performed tailored on suspected etiology:

Ideally, the CSF sample should be obtained before initiating antimicrobials. However, when the diagnosis of bacterial meningitis is seriously considered, and the patient is severely ill, antibiotics should be initiated before performing the LP.

Computed Tomography (CT) of the Head before Lumbar Puncture

There is controversy regarding the adage that the lumbar puncture is the inciting event causing brain herniation and death in the setting of increased intracranial pressure caused by acute bacterial meningitis.

Currently, guidelines recommend empiric antibiotics and supportive care, while forgoing the lumbar puncture if there is clinical suspicion of increased intracranial pressure or impending brain herniation.

Signs and symptoms of impending herniation include:

It is important to note that a normal head CT does not preclude increased intracranial pressure or impending brain herniation. If the clinical symptoms are consistent with impending herniation, regardless of whether or not the CT head is normal, avoid the LP and start treatment.

Blood work should include blood culture, serum electrolytes as the syndrome of inappropriate antidiuretic hormone secretion (SIADH) is not uncommon, serum glucose, renal and liver function, and testing for HIV.

Antibiotics and supportive care are critical in all cases of bacterial meningitis.[13][14][15]

The type of antibiotic is based on the presumed organism causing the infection. The clinician must take into account patient demographics and past medical history in order to provide the best antimicrobial coverage.

Neonates - Up to 1 month old

Adults older than 50 years old and the immunocompromised

Chemoprophylaxis is indicated for close contacts of a patient diagnosed with N. meningitidis and H. influenzae type B meningitis.

Close contacts include housemates, significant others, those who have shared utensils, and health care providers in proximity to secretions (providing mouth-to-mouth resuscitation, intubating without a facemask).

Outcomes depend on patient characteristics such as age and immune status, but also vary depending on the etiologic organism. In the United States, for overall bacterial meningitis, the annual case fatality rate in 2010 was 14.3%.

A metaanalysis published in 2010 from a cohort of pediatric patients reported that the median risk of sequelae post-discharge was 19.9%. In this study, the most common organism isolated was H. influenzae, followed by S. pneumoniae. The most common sequelae were hearing loss (6%), followed by behavioral (2.6%) and cognitive difficulties (2.2%), motor deficit (2.3%), seizure disorder (1.6%) and visual impairment (0.9%). [17]

Differentiating between bacterial, viral, and fungal meningitis may be difficult. CSF analysis may not be conclusive, and cultures do not immediately yield an answer. Multiplex and specific PCR panels are available and provide information in a few hours. Given the morbidity and mortality, it is prudent to initiate empiric antibiotic therapy and admit all those with suspected meningitis to the hospital on droplet precautions, until pathogen is identified, and appropriate antibiotics have been given for 24 hours.

Meningitis is a serious disorder with high morbidity and mortality. The majority of patients with meningitis first present to the emergency department and a streamlined interprofessional approach is vital if one wants to lower the high morbidity. The triage nurse must be fully aware of the signs and symptoms of the illness and refer the patient immediately to the emergency department clinician. Other specialists who are usually involved in the care of these patients are neurologists, pediatricians, intensivists, infectious disease specialists, and pharmacists. If bacterial meningitis is suspected, prompt antibiotics should be started even in the absence of laboratory results. The pharmacist, preferably specializing in infectious diseases, should assist the clinical team in choosing the appropriate antibiotics based on the age of the patient and local sensitivities and correct dosing to ensure penetration into the central nervous system.

To prevent this infection, the education of the public is vital. All healthcare workers (nurses, physicians, and pharmacists) should educate patients and parents in regards to vaccine-preventable meningitis (H. influenzae type B, S. pneumoniae, N. meningitidis, Measles, and Varicella). Across the board, the incidence of meningitis has decreased with the implementation of generalized vaccination. Family members should be educated about the need for prophylaxis when there is a family member with Neisseria and H. influenzae type B meningitis. All contacts should be educated about the signs and symptoms of the infection and when to return to the emergency department.[18] 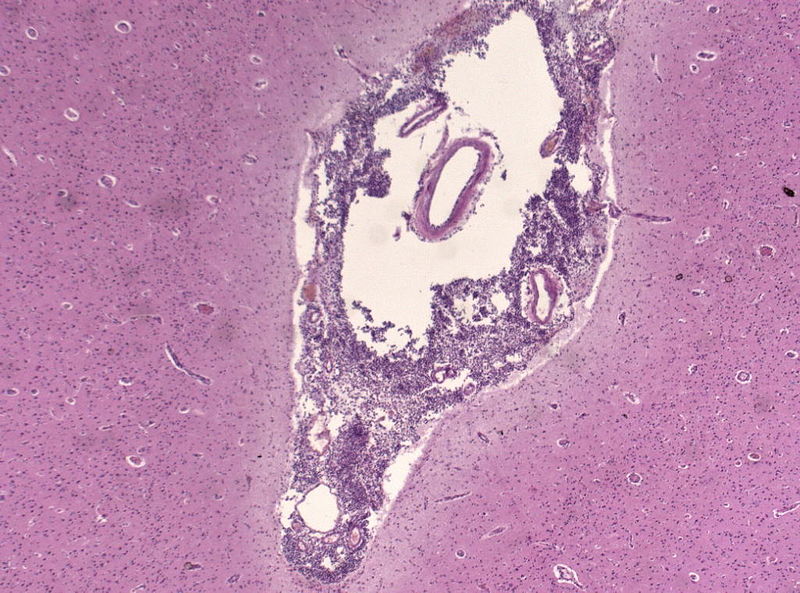 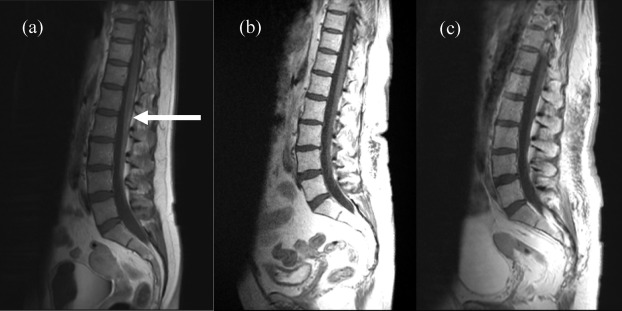 Figure 3 has a reference of PMID 22844374, A case of carcinomatous meningitis despite prophylactic cranial irradiation in small cell lung cancer during treatment with amrubicin.
Contributed by Ayesha Anwar, MBBS