The constellation of motor pathways within the human central and peripheral nervous system involves two entities that guide voluntary movement: upper motor neurons (UMN) and lower motor neurons (LMN). Although these entities share familiar nomenclature, they each serve distinct functions in steering spinal mechanics. The collaborative effect of the UMN with the LMN is crucial in facilitating voluntary movement.

Extreme care should be taken during the spinal cord surgeries not to damage the anterior horn cells.

Although both upper and motor neuron lesions result in muscle weakness, they are clinically distinct due to various other manifestations. Unlike UMNs, LMN lesions present with muscle atrophy, fasciculations (muscle twitching), decreased reflexes, decreased tone, negative Babinsky sign, and flaccid paralysis. These findings are crucial when differentiating UMN vs. LMN lesions and must be distinguished from UMN characteristics to formulate a proper differential diagnosis. Although various diseases involve lower motor neurons, poliomyelitis and spinal muscular atrophy are two classic examples of isolated LMN disease.

A classic example of solely LMN paralysis, poliomyelitis, has a fecal-oral transmission and is caused by a type of picornavirus: poliovirus. Once infected, the virus replicated in the oropharynx and small intestine before spreading via the bloodstream to the CNS. While replicating in the Peyer's patches of the small intestine, 95% of patients are asymptomatic, and it can only be found in the stool or via an oral swab.[5] In the CNS, the virus destroys the anterior (ventral) horn of the spinal cord, resulting in LMN paralysis. Because LMNs originate in the anterior horn of the spinal cord, this results in LMN signs such as asymmetric weakness, flaccid paralysis, fasciculations, hyporeflexia, and muscle atrophy. The infection could also result in respiratory involvement leading to respiratory paralysis. Other systemic signs of infection include fever, headache, nausea, and malaise. The cerebrospinal fluid would demonstrate increased WBC's and a slight elevation of protein, which is consistent with the viral infection. Once a prominent cause of paralysis, poliomyelitis has almost been eradicated due to widespread vaccination.[6][7]

This disease is due to congenital degeneration of the anterior horn of the spinal cord. Unlike polio, this results in symmetric weakness, flaccid paralysis, fasciculations, hyporeflexia, and muscle atrophy. Because it is congenital, it has classically had associations with a "floppy baby" with marked hypotonia and tongue fasciculations. This disease carries an autosomal recessive inheritance and is due to a mutation in the SMN1 gene. Spinal muscular atrophy type I is also known as Werdnig-Hoffmann disease, which is the most severe form of the disease and usually results in childhood death due to respiratory failure.[8] Spinal muscular atrophy type II and III are less severe and often result in a lifelong inability to ambulate.

Bell palsy is the most common etiology of peripheral facial nerve palsy. Although it is not always a lower motor neuron deficit, it is a perfect example to demonstrate LMN signs.  It usually develops after herpes virus reactivation, but it can also result from Lyme disease, herpes zoster (Ramsay-Hunt syndrome), sarcoidosis, tumors of the parotid gland, and diabetes mellitus.

However, if the lesion occurs anywhere from the facial nucleus along CN VII, it will result in LMN deficits, affecting the ipsilateral side of the face and involve both the upper and lower muscles of facial expressions. This condition presents as incomplete eye closure (orbicularis oculi), dry eyes, corneal ulceration, hyperacusis, and taste sensation loss to the anterior tongue. Because the forehead is involved, the affected individual will be unable to wrinkle their forehead (lift their eyebrows).[9][10] 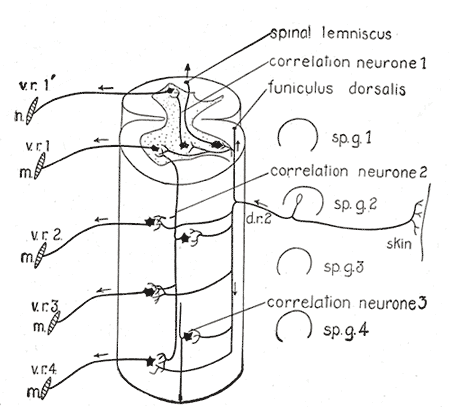 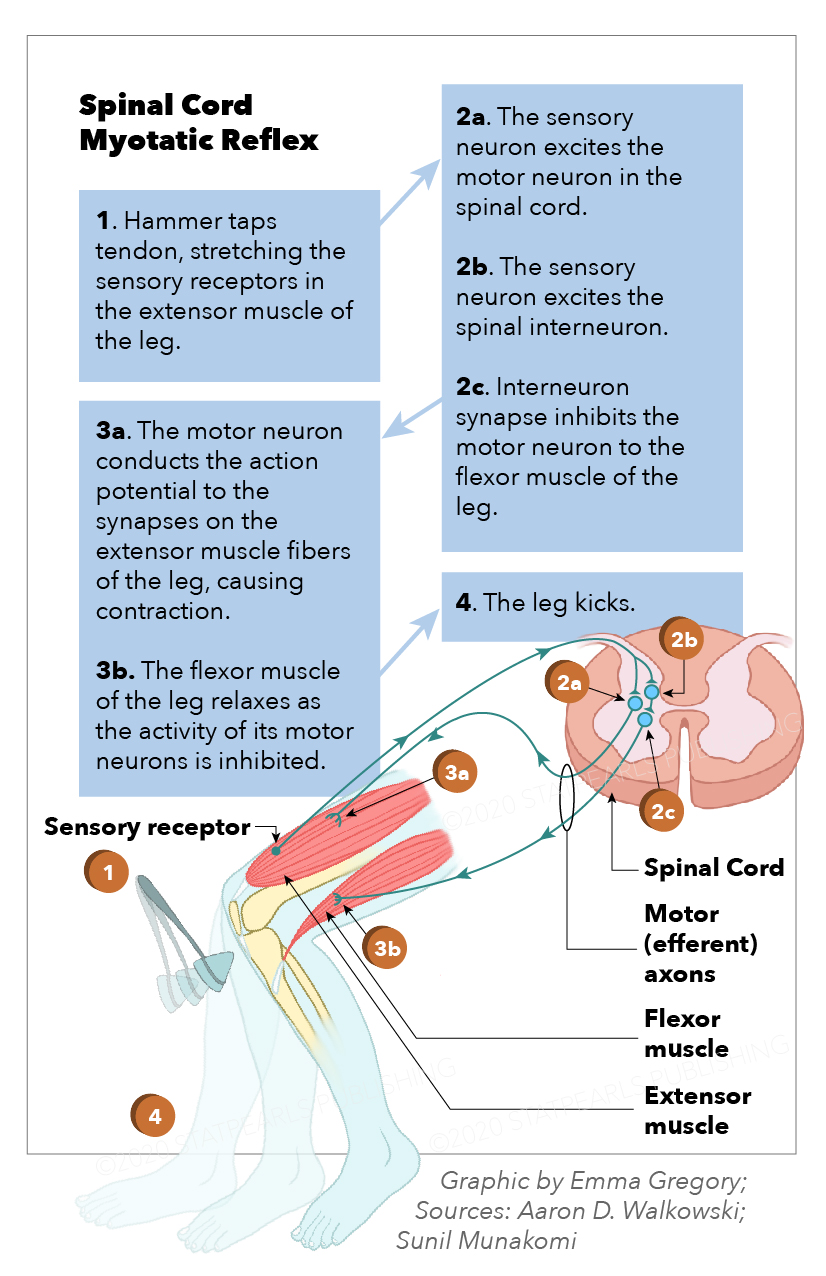 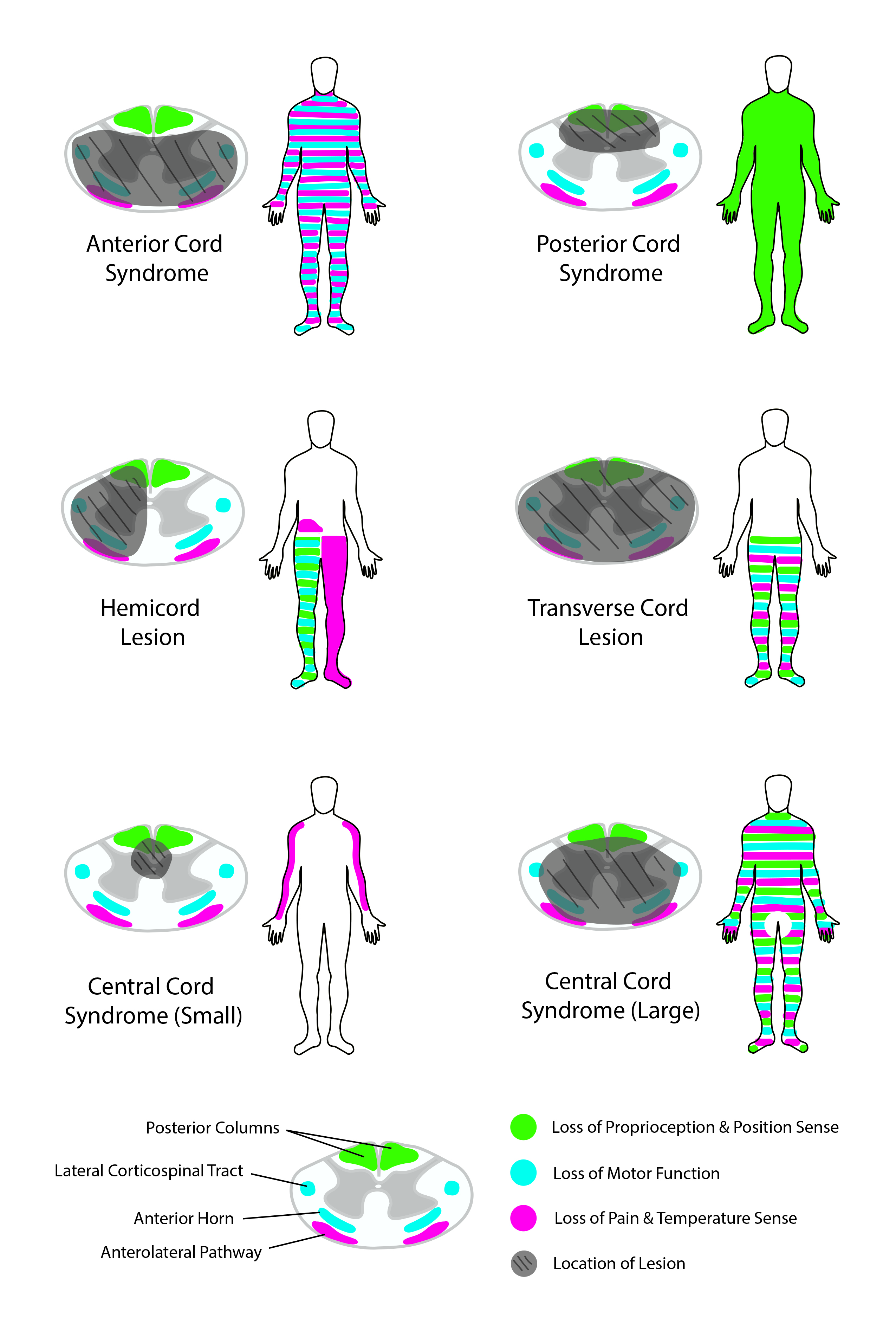