Leptospirosis, also called Weil disease, is the most common zoonotic infection in the world. Leptospirosis is caused by an infection with the spirochete bacterium Leptospira. It is most often spread through exposure to the urine of infected animals either from direct contact or from contact with soil or water contaminated by the urine. Common animals that transmit Leptospirosis include farm animals such as cattle, pigs, and horses but can range from wild animals such as raccoons and porcupines to domesticated dogs. This activity describes the evaluation and management of leptospirosis and reviews the role of the interprofessional team in managing patients with this condition.

Leptospirosis is an infectious disorder of animals and humans. It is the most common zoonotic infection in the world. It is easily transmitted from infected animals through their urine, either directly or through infected soil or water. [1][2]It can cause a self-limiting influenza-like illness or a much more serious disease. It is known as Weil disease, and it can progress to multiorgan failure with the potential for death.

Leptospirosis is caused by an infection with the spirochete bacterium Leptospira. It is most often spread through exposure to the urine of infected animals either from direct contact or from contact with soil or water contaminated by the urine. Common animals that transmit Leptospirosis include farm animals such as cattle, pigs, and horses but can range from wild animals such as raccoons and porcupines to domesticated dogs. [3][4][5]The more than 160 species of animals found to carry the disease show no signs/symptoms if infected. They can be vectors of disease for several months after inoculation, sometimes never showing any signs/symptoms of infection.

Leptospirosis typically occurs in a temperate climate, during the late summer or early fall in Western countries, and during the rainy season in the tropics. The incidence in the tropics is almost 10 times that of more temperate climates. It tends to be an unreported disease because its symptoms mimic many other disease processes; however, the World Health Organization has estimated that there are 873,000 cases annually with over 40,000 deaths.[6][7]

In the United States, there are 100 to 200 identified cases annually, and most are documented in Hawaii. However, when testing people in urban centers such as Detroit, many tested positive for past infection!

Leptospira can invade nonintact skin and mucous membranes. The infection is acquired by coming into contact with infected animals or their infected urine or body tissues. Sometimes Leptospira can even be acquired after contact with contaminated soil and water. Historically, exposures were primarily from recreational water, but more recently the United States has seen an upswing in occupational exposures from agricultural workers.

When the organism is shed in the infected animal's urine, it can survive in freshwater for up to 16 days and in soil for almost 24 days. They can then enter the human host through open wounds, mucous membranes, or the lungs if infected water is inhaled. It can also be transmitted across the placenta if an infected human is pregnant, leading to a miscarriage in the first two trimesters. If infected during the third trimester, pregnancy can result in stillbirth or intrauterine death.

Once within the body, the bacteria goes into the lymphatics and then into the bloodstream. From the bloodstream, the infection can spread to the entire body but tends to settle in the liver and kidneys.

It usually takes between 1 to 2 weeks for the infected person to begin to show symptoms, but could take up to a month.

The differential diagnosis for Leptospirosis is extremely large and varies from benign processes like viral upper respiratory tract infections, other viral flu-like illnesses, to severe infections from rarer "travel" conditions including Dengue Fever, malaria, Hantavirus, hemorrhagic fevers, and typhoid fever. Also consider other more common conditions (which one would be likely to consider unless specific exposure history is known) like cholecystitis, mononucleosis, primary HIV, or if unvaccinated measles or rubella.

The diagnosis of leptospirosis is made by growth in a specialized culture or microscopic agglutination test (only available at the CDC in Atlanta). Because multiple organ systems are involved, other bloodwork may include renal and liver function tests, coagulation studies, CBC, CSF, and chest x-ray. If there is a concern for aseptic meningitis in the immune phase, a lumbar puncture to sample the CSF is necessary.[1][8]

If questions or concerns arise about how best to make this diagnosis, do not delay treatment if suspected. In severe cases, be sure to contact the Center for Disease Control (CDC) or the World Health Organization who can assist with the collection and transportation of specimens for diagnostic testing.

The treatment of leptospirosis depends on the severity. Most experts suggest withholding antibiotics in mild cases. These individuals will benefit from fluids as well as pain and fever control. In outpatient cases, antibiotics that may be used include doxycycline, amoxicillin, or ampicillin.[9][2] If the infection is severe, one may use intravenous penicillin G, third-generation cephalosporins, or erythromycin. Patients with icteric leptospirosis usually need intensive care unit admission as multiple organs can be involved and decompensation can occur rapidly. In the presence of renal failure, corticosteroids may be helpful, but their use is controversial. Respiratory distress due to lung involvement may require mechanical ventilation. Additional therapies include the use of ophthalmic drops, diuretics, and inotropic agents including renal dosed dopamine. The mild form of leptospirosis is rarely fatal, but the severe form or Weil disease does carry a high mortality rate.

The majority of patients who die from Weil disease have lung involvement. At least one-third of patients who develop aseptic meningitis continue to complain of headaches and other neurological deficits chronically.  It also can deposit in the eyes and stay there chronically, leading to chronic uveitis which can cause painful, blurred vision or cause a patient to see floaters.

Leptospirosis is a common zoonotic disorder and is best managed by an interprofessional team that includes the emergency department physician, primary care provider, nurse practitioner, infectious disease expert, and laboratory specialist. The diagnosis can be confirmed by culture but if the disorder is suspected, treatment should be initiated without delay.

The treatment of leptospirosis depends on the severity. Most experts suggest withholding antibiotics in mild cases. These individuals will benefit from fluids as well as pain and fever control. If the infection is severe, one may use intravenous penicillin G, third-generation cephalosporins, or erythromycin.

In severe cases, renal, lung, and CNS involvement may occur and are associated with very high mortality. These patients need ICU admission and monitoring.[10][11][12] [Level 5] 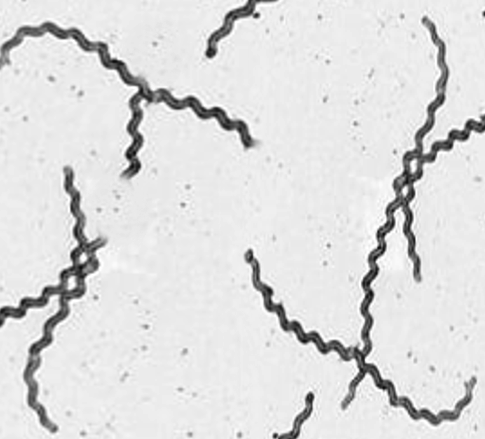 Shivalli S, Diagnostic evaluation of rapid tests for scrub typhus in the Indian population is needed. Infectious diseases of poverty. 2016 May 12     [PubMed PMID: 27169486]