Thermal burns are common in the United States, and approximately 2 million people are injured every year, with about 155 per million patients needing admission to a hospital, and 6500 cases resulting in death. Burns are complex and dynamic injuries that cause profound activation of platelets and white cells, destruction of the microvasculature by coagulation or thrombosis, and accumulation of edema. Medical treatment of burns is critical, especially when they are a second degree or worse and when a substantial amount of body surface area is affected. There are multiple factors to why thermal burns are difficult to treat, and hyperbaric oxygen therapy (HBO) may be used as part of the treatment regimen to reduce healing time and improve outcomes. This activity describes the pathophysiology of thermal burns and highlights the role of the interprofessional team in using HBO as part of the management of these patients.

Thermal burns are common in the United States, and approximately 2 million people are injured every year, with about 155 per million patients needing admission to a hospital, and 6500 cases resulting in death. Burns are complex and dynamic injuries that cause profound activation of platelets and white cells, destruction of the microvasculature by coagulation or thrombosis, and accumulation of edema.[1] Medical treatment of burns is critical, especially when they are second degree or worse and when a substantial amount of body surface area is affected. There are multiple factors to why thermal burns are difficult to treat, and hyperbaric oxygen therapy (HBO) can be used as part of the treatment regimen to reduce healing time and improve outcomes.

The characteristic of a burn is described as a zone of coagulation, surrounded by an area of stasis, and bordered by erythema. The destruction and obstruction of microvascularization impede cellular and humoral immunity and alters macrophage function. The microcirculation is compromised to the greatest extent during the first 12 to 24 hours after the burn has occurred. The injury can remain in a state of flux for 72 hours, and the lack of oxygenation causes ischemic necrosis rather quickly. The burn also causes extensive edema, which is caused by an increase in capillary permeability, leading to hypoproteinemia.[2] This causes a decrease in intravascular oncotic pressure, and fluid can easily leak out of the vasculature and into the interstitial space.

Goals of treating burns are minimizing the edema, keeping tissue viable in the stasis zone of the burn, protecting the microvasculature, and enhancing host defenses to stave off infection.[1] Hyperbaric oxygen therapy addresses these physiological derangements and can be beneficial to patients. Once the patient is stabilized, treatment is then aimed at patient survival, rapid wound healing, and reduction of scarring/abnormal pigmentation all while being cost-effective. Early treatment of thermal burns is critical. It is important to initiate fluid resuscitation as quickly as possible, and the patient will sometimes require several liters acutely. The treatment team should aim to decrease fluid losses from the wound and slow bacterial growth.  Topical agents and antibiotics are used for infection and often used for prophylaxis in certain circumstances.  Debridement, along with placement of a skin graft or flap, helps aid in controlling bacterial growth and fluid loss.

The most concerning element to a thermal burn is an infection which is the leading cause of death from burns. This is due to a loss in the integumentary barrier that leads to bacterial invasion and growth as well as obstructed or compromised microvasculature that prevents cellular and humoral elements from reaching the burn site. The immune system is dampened, limiting immunoglobulins and macrophage function in chemotaxis, phagocytosis, and other antibiotic properties.  Besides infection, burns can lead to a myriad of different comorbidities as well, which include pneumonia, respiratory failure, cellulitis, urinary tract infection (UTI), and sepsis.[3]

Since 1965, HBO therapy has been suggested to improve outcomes in thermal burns after it was observed to heal second-degree burns faster in a group of coal miners being treated for carbon monoxide therapy. The skin adjacent to second and third-degree burns is more hypoxic than normal skin, and continued studies have shown that hypoxic tissue surrounding the burn site can be returned to normal oxygen levels with oxygen administration under pressure. It has shown to decrease edema through vasoconstriction and preserve microcirculation and enhance oxygen delivery by a direct osmotic effect. HBO also aids in the deactivation of white cell adhesion.

Most studies of hyperbaric treatment of burns have been reported using a variety of animal burn models, showing that HBO therapy is beneficial in reducing edema, decreasing fluid requirements, preserving dermal structures with improved vascularity, and increasing immune response.  In human studies, the results have varied but support the potential benefit of HBO therapy as an adjunct therapy.[4] A Cochrane review was published in 2004 that looked at a total of two small randomized trials. These studies demonstrated improved healing, decreased mortality, reduction in hospital stay, and decreased need for surgery.[5] There are studies, however, that have shown little to no benefit with HBO therapy. Insufficient evidence is available to support the routine use of patients with thermal burns, although it is a widely used adjunct therapy. Hyperbaric oxygen does have the potential to decrease healing time and fluid requirements, as well as increase the success of skin grafts, but more studies must be conducted to adopt this into routine practice as this therapy requires complex equipment, procedures, and specialized skills in a constricted environment, which may become unsafe when caring for critically ill burn patients.

Thermal burns are classified by the depth the tissue injury. There are four classifications set by the American Burn Association:

Superficial: Involve the epidermal layer of the skin. These injuries do not blister but can be painful. They usually self-resolve within 1 week.

Full Thickness (third-degree): These burns go through the entire dermal layer and frequently injure subcutaneous tissue. Burn eschars, or the denatured dermal layer, is intact acutely. The wound may be anesthetic due to the necrotic nature of the burn. The appearance can be waxy or grey to black. The eschar of the burn will eventually fall off, revealing a bed of granulation tissue. If a full thickness burn does not undergo surgery, it will heal by contracture. These burns never spontaneously heal.

Extension into deep tissues (fourth-degree): These burns involve the underlying soft tissue that may involve muscle or bone. These injuries may be life-threatening and need to be treated immediately.

Hyperbaric oxygen therapy is indicated for burns that extend into the dermis and beyond. Each case may vary, but if a patient has an inhalation injury, impaired wound healing, extensive edema, or a large area of skin involved, HBO therapy would be a good adjunctive therapy to add. If a patient has received a skin graft or flap, HBO has shown to improve the success of graft placement.[6]

If used, HBO treatment should be initiated as soon as possible after the injury. Three treatments in the first 24 hours is suggested, and twice daily after that. Sessions are 90 minutes in length at 2.0 ATA to 2.4 ATA and should be continued for 20 to 30 sessions, although the number of treatments depends on the clinical extent of the injury and response to treatment. Patients are monitored in the chamber with blood pressure (BP) cuffs approved to use in monoplace chambers. Ventilator support may be given in the chamber, which is common in patients with who sustained an inhalation injury. Fluid management is crucial in burn patients and needs to be initiated before HBO therapy is started. Several liters of fluid may be needed in the acute phase of the injury, and pumps may be needed to overcome the chamber pressure during HBO treatments.[7]

Though hyperbaric therapy is generally well tolerated, it is important to consider potential complications that can arise in patients receiving treatment. Barotrauma to hollow organs of the body is the most frequent side effect for which patients should be carefully monitored. The most common barotraumatic injury is middle ear barotrauma, which includes middle ear effusions and tympanic membrane rupture, with an incidence of about 2%. This side effect can mitigated with careful patient instructions regarding autoinflation techniques during treatment.[8]

Barotrauma can also involve the sinuses, and is typically found in patients who have upper respiratory infections or allergic rhinitis. Patients should be carefully screened for these preconditions and may even be given antihistamines or nasal decongestants to mitigate potential complications during therapy sessions.[8]

Systemic oxygen toxicity from hyperbaric therapy can also cause a rare, yet concerning side effect: seizures. Hyperic induced seizures have an incidence of about 0.011%, according to a retrospective analysis of 2,334 patients.[10] They have also been associated with patients receiving certain medications including insulin, steroids, thyroid replacement therapy and sympathomimetics, and thus patients on these medications should be carefully monitored during sessions.[11] If seizures do occur, they should be managed acutely by reducing the Fi02 concentration to that of air (21%), administering anticonvulsant therapy, and stopping hyperbaric treatment as soon as possible.[9]

In summary, HBO therapy first 24 hours of burn has shown to:

Twenty-four hours after thermal burn injuries, HBO has shown to:

Thermal burns are best managed by an interprofessional team, including a wound care nurse. While the treatment in most patients is supportive, recent evidence indicates that HBO therapy may help wounds heal faster. However, the vascular status of the wound must be assessed because without adequate blood supply, HBO therapy may not always work and empirically sending every patient for HBO therapy is not cost effective. 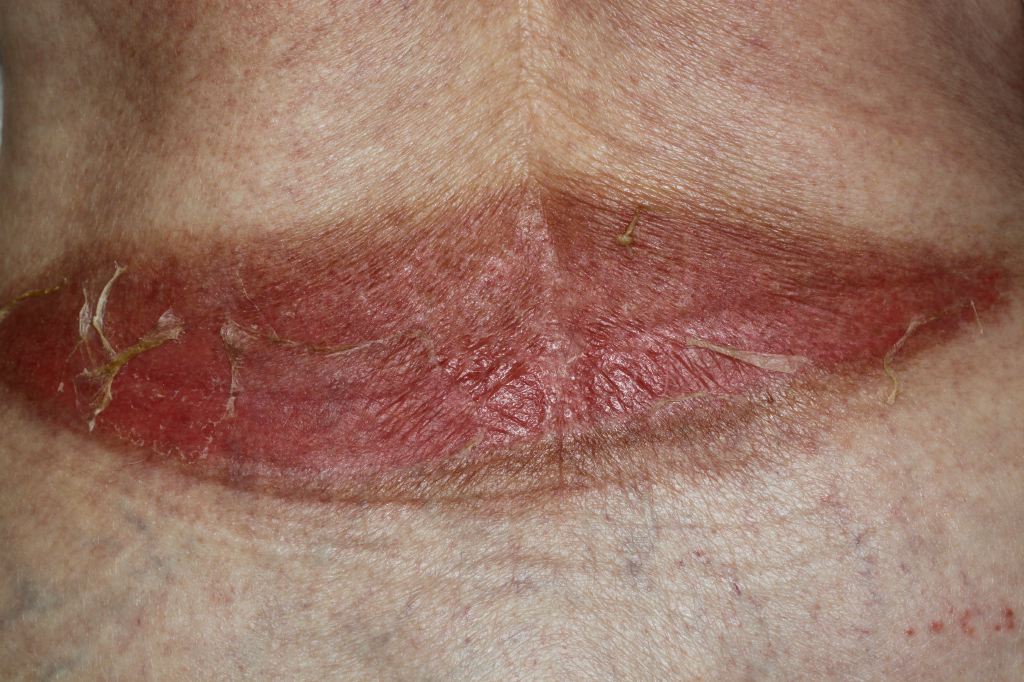 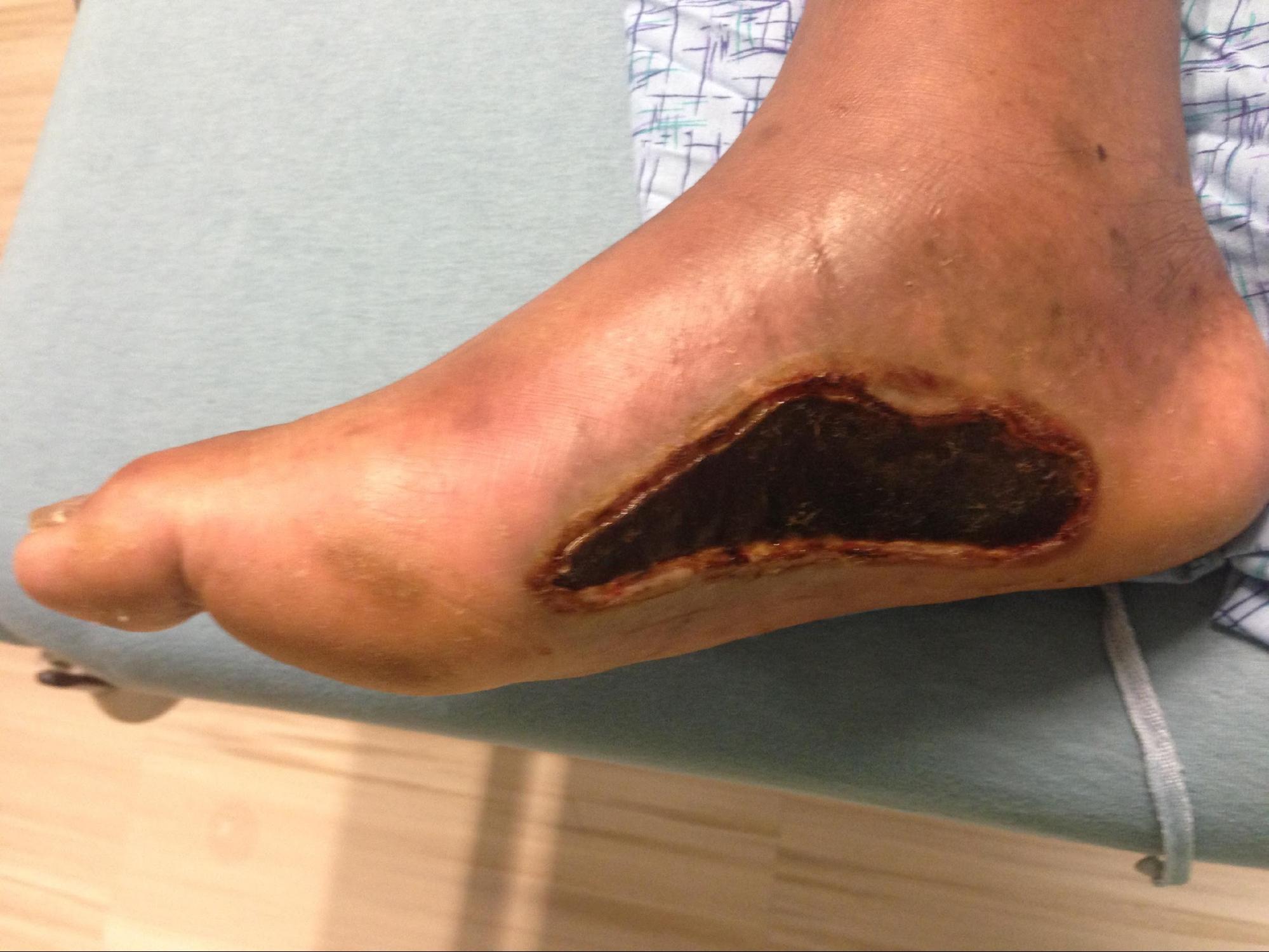