Horner syndrome is a rare condition classically presenting with partial ptosis (drooping or falling of the upper eyelid), miosis (constricted pupil), and facial anhidrosis (absence of sweating) due to a disruption in the sympathetic nerve supply. It is primarily acquired following damage to the sympathetic nerve supply, but rare cases of congenital forms have been seen. Treatment is centered around the identification and appropriate management of the underlying cause. This activity reviews the evaluation and management of Horner syndrome and highlights the role of the interprofessional team in the management of affected patients.

Horner syndrome is a rare condition classically presenting with partial ptosis (drooping or falling of upper eyelid), miosis (constricted pupil), and facial anhidrosis (loss of sweating) due to a disruption in the sympathetic nerve supply. It is primarily acquired following damage to the sympathetic nerve supply, but rare cases of congenital forms have been seen. Therefore, treatment is centered around identifying and appropriate management of the underlying secondary cause.

The syndrome was first described by Francois Pourfour du Petit in 1727 when considering results from an animal experiment involving resection of intercostal nerves and subsequent changes seen in the ipsilateral eye and face.[1] It was outlined more thoroughly by the French physiologist Claude Bernard in 1852, followed by several physicians who offered different interpretations.

The condition was formally described and later named after Swiss ophthalmologist Johann Friedrich Horner in 1869.[2][3][4][5]

Understanding the sympathetic innervation of the eye is vital to understanding the features of this syndrome. The nerve supply is constituted by three different neurons, starting from the posterolateral hypothalamus and ending as the long ciliary nerves to supply the iris dilator and superior tarsal muscles (Muller muscle).[6]

The first-order neurons originate from the hypothalamus and descend through the midbrain and pons uncrossed, terminating at the C8-T2 level of the spinal cord in the intermediolateral cell columns (ciliospinal center of Budge). Second-order preganglionic neurons exit at the T1 level of the spinal cord to enter the cervical sympathetic chain, where the fibers ascend to synapse in the superior cervical ganglion at the C3-C4 level.[7]

Third-order, postganglionic fibers branch off into the sudomotor and vasomotor fibers, which follow the external carotid artery and innervate the sweat glands and blood vessels of the face. The remaining fibers ascend along the internal carotid artery in the carotid plexus to eventually enter the cavernous sinus, where they join the abducens nerve (CN VI). The fibers then exit the cavernous sinus to enter the orbit via the superior orbital fissure and the ophthalmic branch (V1) of the trigeminal nerve (CN V) as the long ciliary nerves.

Horner syndrome is primarily an acquired condition secondary to systemic/local diseases or iatrogenic causes but maybe congenital and purely hereditary in some rare cases.[8][9] Sympathetic fibers have an extensive course and can be interrupted during extracranial, intracranial, or intra-orbital traversal.[10][11][12] The sympathetic fibers may be interrupted centrally, between the hypothalamus and the exit point of fibers from the spinal cord (C8 to T2), or the discontinuation could be peripheral, in the cervical sympathetic chain, at the level of superior cervical ganglion, or along the course of the carotid artery.[10] Preganglionic Horner syndrome can be an ominous sign due to its association with pulmonary malignancies. Overall, the causes of Horner syndrome can be divided according to the anatomical location of disruption.

First-order neurons are mostly affected by intracranial conditions and include the following:[13][14][15]

Second-order neurons traverse the thoracic region and are affected by the following:

Third-order neurons are in close proximity to the internal carotid artery and cavernous sinus and are affected by the following:

Horner syndrome is uncommon, occurring with a frequency of approximately 1 per 6,000. It may occur at any age or with any ethnic group.[15][19]

As previously described, Horner syndrome is a consequence of sympathetic disruption. The symptomology depends on the location of the lesion, and severity depends on the degree of denervation.[9]

Iris heterochromia (relevant deficiency of pigment in the iris on the affected side) is seen in children younger than 2 years and is the congenital form of Horner syndrome.[9]

Localization of the lesion in Horner syndrome is crucial in subsequent management. A detailed history and physical examination are, therefore, of vital importance. When evaluating, the following points need to be considered:

A detailed examination of the eyes is warranted and should include the following:

A detailed exam can reveal a round and constricted pupil. The affected pupil exhibits dilation lag (dilates more slowly), and the unequal pupils are appreciated more in darkness compared to light. In addition, the ciliospinal reflex may be absent.

This is the most helpful testing modality for diagnostic localization.[27]

Topical Cocaine Test: Cocaine acts as an indirect sympathomimetic inhibiting the reuptake of norepinephrine from the synaptic cleft. Cocaine solution (ranging from 2% to 10%) is instilled into both eyes. Both eyes are evaluated after at least 30 or more minutes for an optimal response. Denervation in the affected eye causes it to dilate poorly compared to the normal one. Anisocoria of 0.8 mm or more is considered diagnostic. However, the test does not help in identifying the level of the lesion.

The test has other disadvantages such as comparatively high prices of the compound, time-consuming, test yielding ambiguous results, and the metabolites of cocaine can be detected in urine.[28]

Two drops of 1% hydroxyamphetamine solution are instilled into both eyes. As a result, the affected eye (third-order lesion) will not dilate as well as the normal eye. While in the case of intact postganglionic fibers (first and second-order lesions), the affected pupil dilates to an equal or greater extent.

Disadvantages involving this test include it not being able to be performed on the same day as the cocaine test and false-negative results.[28]

Topical Apraclonidine Test: This test is considered the test of choice due to its good sensitivity and overall practicality. Apraclonidine acts as a weak alpha1-agonist and strong alpha2-agonist. It is categorized as an ocular hypotensive agent. The upregulation of alpha1-receptors in Horner syndrome translates into an exaggerated response of the iris dilators (denervation supersensitivity) to an agonist agent like apraclonidine.[29]

A 0.5-1% solution is instilled in both eyes. The affected eye will show mydriasis, while the normal eye is predominantly insensitive. Consequent instillation of the solution results in an evident reversal of anisocoria (the affected pupil dilates and the normal pupil constricts). This is because of the stronger alpha 2 agonist activity compared to the weaker alpha 1 agonist activity of apraclonidine.

Some disadvantages of this form of testing include false-negative results in acute cases, systemic side effects in the pediatric population, inability to localize the lesion, and relatively long half-life of the drug.

Other agents have been proposed but fall short of clinical relevance due to several reasons, such as:

Treatment options are based on the diagnosis and management of the underlying cause. Timely diagnosis is of critical importance, followed by referral to an appropriate specialist. Healthcare professionals are advised to incorporate the importance of eye examinations into their acumen.

Whether surgical intervention is indicated and what type is appropriate largely depends on the cause of the disease. Surgical treatment options include the following:

As previously described, pain accompanied by Horner syndrome points towards a more insidious underlying cause and should be evaluated thoroughly. Systemic symptoms such as weight loss and progressive fatigue can indicate an underlying malignancy. Furthermore, Horner syndrome can be an early manifestation of neuroblastoma in the pediatric population.

Carotid artery dissection can present with a unilateral headache and facial or neck pain. If suspected, urgent appropriate workup and treatment are warranted.

Anisocoria and/or ptosis can be due to myriad diseases and conditions such as Holmes-Adie syndrome, neurosyphilis (Argyll Robertson pupil), third nerve palsy, or optic neuritis.

The long-term prognosis of idiopathic Horner syndrome appears to be benign. Clinically, patients do not generally become worse, and in fact, half of the patients no longer experience anisocoria. Almost a third of patients with ptosis notice spontaneous improvement or complete resolution in a mean duration of 7.9 years after Horner syndrome is diagnosed. In unilateral cases, the oculo-sympathetic defect does not progress to become bilateral. It is possible that new medical disorders later develop between 3 and 20 years after the diagnosis of Horner syndrome; none are usually related to Horner syndrome.[31]

For the appropriate management of Horner syndrome and the underlying cause, the following consultations may be needed:

Patients should be educated about the possible presentations of Horner syndrome. Parents of babies born with congenital Horner syndrome should be aware of the management options and follow-ups. Patients of Horner syndrome should be informed that it will not damage the eye or cause vision loss, but it could be a sign of damage to structures along the nerve. It is essential to explore where the damage is and its cause because sometimes the underlying cause can be severe. For example, ptosis predisposes eyes to overexposure which makes them red. In addition, patients may complain of a gritty sensation and are prone to infection. Artificial tears and ointment are often enough; however, surgery may be needed in severe or more complicated cases.

There are many causes of Horner syndrome and thus the condition is best managed by an interprofessional team that includes nurse practitioners. The key is to determine the location of the eye defect. Thus, it is important to perform a detailed systemic examination, paying specific attention to neurological, pulmonary, and cardiovascular systems and considering various differentials discussed later.

The outcomes depend on the cause. 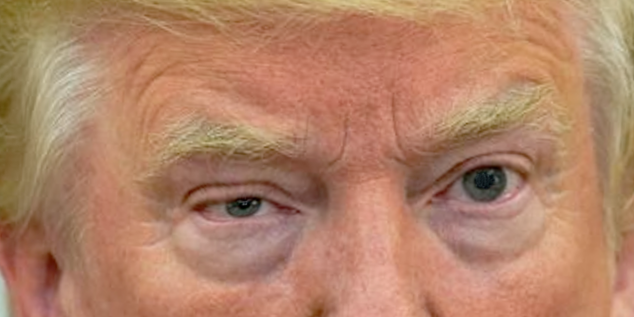 Koc F,Kavuncu S,Kansu T,Acaroglu G,Firat E, The sensitivity and specificity of 0.5% apraclonidine in the diagnosis of oculosympathetic paresis. The British journal of ophthalmology. 2005 Nov;     [PubMed PMID: 16234449]