The Holter monitor is a device that works on Galvanometer's principle to record electrocardiographic signals from an individual who is going about his daily activities, like continuous ambulatory electrocardiography. This activity reviews the indications, contraindications of a Holter monitor and highlights the role of the interprofessional team in the management of patients with palpitations.

A Holter monitor is an ambulatory electrocardiographic system discovered by Dr. Norman J. Holter and his team in 1957. Little did they knew that their device would change the way we track cardiac rhythms out of the hospital.

Historically electrocardiography began in 1893 with the work of Einthoven's string galvanometer.[1] The Holter monitor is a device that works on Galvanometer's principle to record electrocardiographic signals from an individual who is going about his daily activities, like continuous ambulatory electrocardiography. From 1961 various other modalities and advance gadgets have been manufactured for this purpose.[2]

Since then it has formed the backbone of rhythm detection and analysis in Cardiac Electrophysiology.

There are no relevant recommendations available in the literature to distinguish patients who may benefit from the application of ambulatory electrocardiogram monitoring. The present proposals are as follow[3]:

The selection between the common two to three lead or the twelve lead Holter ECG monitoring depends mostly on the desired goal. If it is being used to monitor heart rate and its rhythm then two to three leads are sufficient. In contrast, if the purpose is to establish the origin of premature beats/ dysrhythmias or tachycardia, then a twelve-lead Holter electrocardiography is the preferred modality of choice.

Selection of which monitor to use depends on the frequency of symptoms. When symptoms are continuous, a routine twelve-lead electrocardiogram is sufficient to make a diagnosis. Usually, Cardiologists use the Holter monitor for intermittent symptoms. If symptoms rarely occur, the devices for the longer duration like Implantable loop recorder (ILR) or event monitor can be used.[4]

Current European guidelines endorse the use of an intracardiac monitor for patients diagnosed with a cryptogenic stroke.

Mobile electrocardiographic monitoring is contraindicated if it delays urgent treatment, hospitalization or a procedure. For example, it should not be part of the initial investigation for angina, where a stress test would be more appropriate.

The monitor is also contraindicated in patients who have syncope and high-risk factors at which time inpatient management is mandatory.

Patients with symptoms such as syncope, near-syncope, episodic dizziness, or palpitation in whom other clear causes have been identified by history, physical examination, or laboratory tests.

The ACC/AHA guidelines discouraged the use of ambulatory ECG for either arrhythmia detection or analysis of heart rhythm variability for risk assessment in patients without symptoms of arrhythmia, even if they had cardiovascular conditions such as left ventricular hypertrophy, or valvular heart disease.

A patient who refuses to undergo further therapy once arrhythmia is established. Routine screening of asymptomatic patients.

The initial Holter monitor was about the size of a briefcase and comprised of an amplifier, tape recorder, electrodes attached to the individual's chest, playback unit and analyzing unit. It consisted of ten electrocardiograms leads including six standard precordial electrodes and four torso electrodes. The function of torso leads is to prevent signal disturbances. However, torso leads can show variations. To overcome these variations, investigators proposed mathematical algorithms[6]. While initially consisting of 12 leads recent models have comprised of as little as two to three leads.[7]

After continuous improvement and progress, the Holter is now the size of a small cell phone and gives two types of primary data to analyze. One is the QRS complex, and the other is the R-R interval. It continuously records until it is detached from the patient or it runs out of power, although it is usually used for 24-48Hrs. The power supply lasts 80-100 hours with a tape recording capacity of ten hours.

The Physician will explain the procedure and should educate the patient about how to record the event if it happens.  A physician should inform patients regarding serious events like chest pain, shortness of breath or lightheadedness. The device should be interrogated within 24 hours of the event to prevent further event and to take necessary actions if needed.

Unlike invasive procedures, no preparation is needed, but the patient should be advised to keep the monitor away from other electrical devices while wearing the device. Physician should recommend not to put lotion or moisturizer on the chest as it will affect the attachment of leads.[8]

Holter monitoring continuously records an Electrocardiogram (EKG) tracing on three channels for 12–48 hours. The patient activates a button to correlate the timing of symptoms with the EKG. Cardiac technician and skilled physician examine entire recorded EKG for abnormalities[9]

In children, Holter monitor use is limited because of wires and cables. In 2011, the Federal Drug Administration approved a device which is wireless, water-resistant and allows for up to 14 days of continuous single-channel rhythm monitoring. The patients can trigger symptoms by pressing a button to start the recording and correlate symptoms with concurrent rhythm. A study which compared new wireless device with standard Holter monitor found that new wireless adhesive monitoring patch diagnosed more arrhythmic events than the Holter monitor.[10],[11]

The device stays in a pocket outside of the body close to patients chest, usually in the form of a neck sling or in the patient's vest pocket. So theoretically there aren't any complications, but the surface electrodes can irritate the underlying skin and if left in place can cause skin ulceration, but this rarely ever happens as the device technicians remove them when they take the machine off the patient.

Patients with LV systolic dysfunction and presumed arrhythmic event as well as those with symptoms supposed to be due to transient second or third-degree heart blocks also form a significant number of people who undergo the test.

Holter monitors are excellent resources to look for and diagnose cardiac arrhythmias in the appropriate patient populace. Clinicians and physician assistants should be aware of the possibility of arrhythmias as usually they present with non-specific symptoms, so a high index of suspicion and prompt referral/ recommendation are essential in this regard.

With the advent of highly effective pharmacotherapy and interventional treatment of cardiovascular ailments, the pool of survivors and life expectancy is ever-growing, and with this, the potential substrate for arrhythmias is also increasing daily, so Holter monitors can provide more information when appropriately utilized. 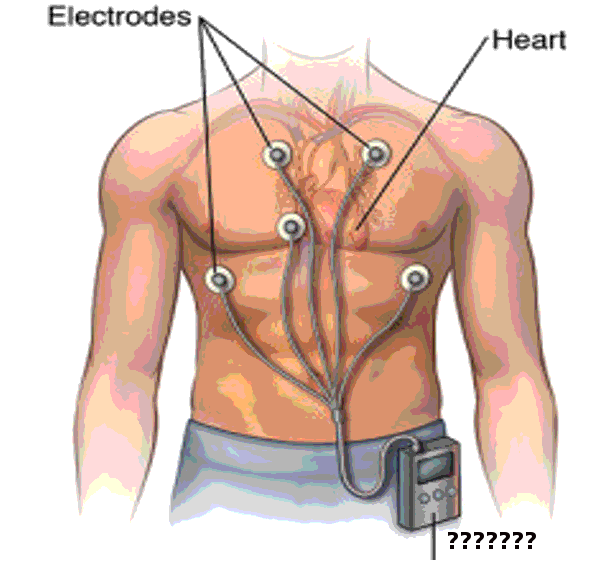