Hemifacial spasm (HFS) is a disorder characterized by paroxysmal, involuntary twitching of facial muscles of one side of the face innervated by the ipsilateral facial nerve (seventh cranial nerve). It is considered a subtype of peripheral (neuromuscular) movement disorder. As the name suggests, the disorder is almost always unilateral except in some rare cases of severe hemifacial spasm (less than 5%), during which one can see the bilateral involvement of facial muscles. This activity reviews the cause of hemifacial spasms and highlights the role of the interprofessional team in their management.

Hemifacial spasm (HFS) is a disorder characterized by paroxysmal, involuntary twitching of facial muscles of one side of the face innervated by the ipsilateral facial nerve (seventh cranial nerve). It is considered a subtype of peripheral (neuromuscular) movement disorder. As the name suggests, the disorder is almost always unilateral except in some rare cases of severe hemifacial spasm (less than 5%), during which one can see the bilateral involvement of facial muscles.

A hemifacial spasm can occur secondary to the following etiologies:

Chronic irritation of the facial nerve nucleus and proximal nerve segment (root) due to several underlying etiological factors is the main pathophysiologic mechanism of hemifacial spasm. Compression of the facial nerve root at the junction of the central (point of exit from brainstem) and peripheral segment (root exit/entry zone) by aberrant/ectatic blood vessels is the most common cause of hemifacial spasm as reported in the literature.[4] The root exit/entry zone is the area of transition of oligodendroglial (central myelination) to Schwann cells (peripheral myelination). Compression of this zone leads to the demyelination of axons in the region. Several theories have been proposed to explain the pathophysiological mechanism by which facial nerve compression leads to hemifacial spasm.

As proposed in this theory, ephaptic transmission of impulses, or the lateral spread of excitation to adjacent nerve fibers, leads to abnormally excessive firing of the facial nerve. This is due to the demyelination of the facial nerve at the site of compression.[5] Myelin is an insulating material and plays an important role during nerve impulse conduction by preventing such abnormal lateral spread resulting in ectopic transmission of impulses that cause hemifacial spasm.

Irritation of peripheral afferent facial nerve fibers leads to aberrant signaling to the central facial nerve nucleus leading to the abnormal firing of the nucleus. This facial nucleus hyperexcitability results in involuntary myoclonic contraction of facial muscle on the affected side.[6]

Classically the involuntary tonic/clonic contractions of one side of the face begin with the involvement of orbicularis oculi leading to brief, intermittent, painless, involuntary closure of the ipsilateral eye. This is associated with infrequent elevation of the eyebrow with eye twitching, also known as "other Babinski sign," named after Joseph Babinski, who first described it in 1905. "Other Babinski sign" is pathognomic of hemifacial spasm and helps to differentiate from eye twitching/closure due to blepharospasm, in which it is characteristically absent.

In secondary hemifacial spasm, both upper and lower face develop synchronous, intermittent contractions, eventually leading to sustained spasms as the disease progresses. Persistence of contractions during sleep is one of the characteristics of hemifacial spasm distinguishing it from most movement disorders. This may predispose the individual to disturbed sleep and insomnia. In advanced cases, facial deviation/asymmetry and grimacing are evident due to the pull of contracted muscles on one side. There are unusual symptoms such as clicking sound in the ear (due to stapedius involvement), ear pain, and hearing loss reported in some cases of secondary hemifacial spasm. Symptoms are typically worsened by stress, fatigue, eating, and anxiety. Relaxation techniques or simply touching the face subsides the spasm/twitching. Although hemifacial spasm is known for a chronically progressive course, spontaneous resolution can be seen in 10% of cases.[7]

Association of HFS and Hypertension

Researchers have reported that 40% of patients with hemifacial spasm have coexisting hypertension.

When a patient younger than 40 years presents with hemifacial spasm, one must evaluate the possibility of multiple sclerosis, although it is very rarely reported to be presented as hemifacial spasm. Demyelinating plaques in the brain stem region can involve the facial nerve roots leading to aberrant signaling that result in hemifacial spasm.

Diagnosis of hemifacial spasm is made clinically based on the detailed clinical history and a neurological and local physical examination. Electromyogram (EMG) can be used in the early stages of the disease when it is difficult to distinguish clinically from facial myokymia, blepharospasm, complex partial motor seizures, or motor tics. The diagnostic finding on electrophysiological testing is lateral spread and variable synkinesis on blink reflex testing. Stimulation of one branch of the facial nerve leads to the contraction of facial muscles supplied by a different branch. Needle EMG characteristically shows irregular, brief motor unit potentials with high frequency (150 to 400 Hz), and facial twitching can be clinically correlated with this finding.

In cases with suspected facial nerve compression, it is necessary to rule out the vascular malformation or tumor at the brainstem exit site of the nerve. Advanced MRI scanning techniques such as high-resolution T1- and T2-weighted spin-echo or gradient-echo imaging with gadolinium assist in better visualization. MR angiography is reserved for those planned for microvascular decompression surgeries.

The primary goal of therapy is to reduce the abnormal muscle contractions resulting from abnormal impulse transmissions to adjacent neurons (ephaptic). Hemifacial spasm can be either treated medically or surgically based on the underlying etiology and severity of the disorder.

Mechanism of Action of Botulinum Toxin

BoNT acts on the presynaptic terminal at the neuromuscular junction and blocks the calcium-mediated release of presynaptic neurotransmitter-acetylcholine (Ach), leading to non-conduction of a nerve impulse across the NM junction leading to temporary paralysis of muscles supplied. This chemodenervation effect usually lasts for 3 to 6 months and subsequently reverses back to baseline.

Dosing and Scheduling of Botox Injection

The usual dose of Onabotulinum toxin A is 10 to 36 U. There is a need for repetitive injections scheduled at intervals of 3 to 6 months. Some physicians prefer flexible dosing intervals ranging from 6 to 20 weeks as lasting effects vary. The symptomatic improvement after botox injection is evident 3 to 6 days after the injection and reaches to peak after 2 weeks of injection.

Injecting Botulinum toxin is a simple and non-invasive procedure. However, the patient should be forewarned about the side effects such as ptosis, temporary bruising, swelling, facial asymmetry, asymmetric eyebrows, facial weakness, among others which are mild and transient. The frequent repetition of procedures and high cost are the two major drawbacks of this therapy.

Botulinum toxin has a dual benefit as it reportedly reduces depression among patients with hemifacial spasm. The theory postulated includes 2 ways by which botulinum toxin alleviates depression. The first way is by providing symptomatic relief leading to less social embarrassment. The other possible mechanism is reducing the hyperactivity of the amygdala, causing depression and anxiety.  Botulinum toxin causes chemical denervation in adjacent muscles of the face causing interruption of afferent sensory information to the trigeminal tract leading to reduced trigeminal sensory input to the brainstem and amygdala.

Traditionally, the treatment of hemifacial spasm, especially in the mild form and early stages, was oral medications. Commonly prescribed oral medications include anticonvulsants such as carbamazepine, gabapentin, benzodiazepines (clonazepam), anticholinergics, baclofen, haloperidol, among others. These drugs have some efficacy in relieving the spasm, but the results are inconsistent. The major drawback of most of these medications is side effects such as excessive sedation and fatigue associated with their long-term use. Oral medications can be considered as first-line therapy in those who are unwilling for botulinum toxin therapy and not good candidates for surgery.

Surgical treatment is the only permanent treatment solution that addresses the underlying cause. It is preferred in most severe cases of hemifacial spasm and those refractory to botulinum toxin therapy. The procedure of choice is microvascular decompression that entails releasing the facial nerve from the aberrant vessel, causing compression at the brainstem. As discussed earlier in electrophysiological findings, the lateral spreading response results from ephaptic transmission of nerve signals to neighboring neurons due to compression-related demyelination of facial nerve root at the exit/entry zone. When such compression is relieved, the lateral spreading response on nerve stimulation will disappear. Thus EMG can be used to assess the achievement of successful decompression post-operatively. Following the first year after surgery, the average success rate of microvascular decompression surgery is reported to be 80% to 88%.[10]

The complications due to an invasive procedure, for example, anesthetic complications, transient or permanent facial nerve palsy, hearing loss, cerebrospinal (CSF) leakage, recurrence of symptoms, are some of the disadvantages of this surgical modality. Recurrent hemifacial spasm is rarely seen to develop (1%) when patients remain asymptomatic for at least 2 years after surgery.[11]

Timely diagnosis and management are essential as hemifacial spasm is associated with social embarrassment, anxiety, and depression due to disability. Persistent eye closure in severe cases results in functional blindness and can be harmful to the patient and surroundings, especially during driving or operating heavy machinery. Physicians must educate patients regarding the same.

Although a rare movement disorder, physicians need to be aware of hemifacial spasm as it can be misinterpreted with several other facial movement disorders such as blepharospasm, motor tics, facial myokymia, among others. Patients often present to primary care providers and referred to otolaryngologists or neurologists. Radiologists assist in the interpretation of imaging. Specialty-trained nurses are involved in the evaluation, treatment, and education of patients with this condition. This interprofessional team is essential for optimal care of these patients.

Social embarrassment and hazard of accidental injuries secondary to the intermittent, prolonged closure of eye prompt, accurate diagnosis, and adequate management by movement disorder specialist/neurologist. The botulinum toxin local injection is the popular treatment of choice by both patients and physicians. The systemic review of the literature shows only 2 high-quality studies showing hemifacial spasm (class II study and one class III study) as an indication to be treated with a botulinum neurotoxin (BoNT).[8] The American Academy of Neurology (AAN) evidence-based treatment guidelines for hemifacial spasm recommend that botulinum toxin should be offered as a treatment option to patients with hemifacial spasm.[8] [Level III] 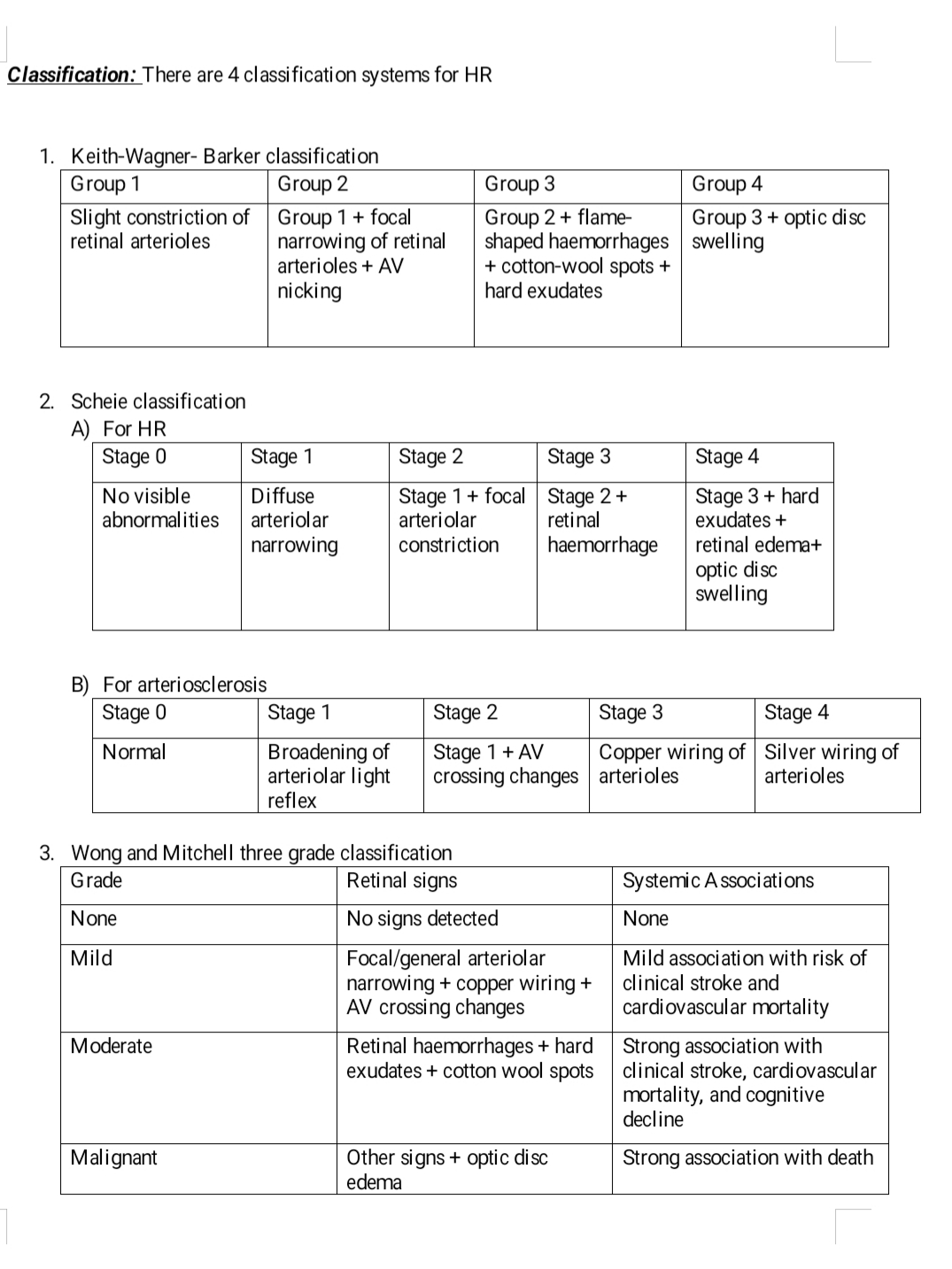 Poungvarin N,Devahastin V,Viriyavejakul A, Treatment of various movement disorders with botulinum A toxin injection: an experience of 900 patients. Journal of the Medical Association of Thailand = Chotmaihet thangphaet. 1995 Jun     [PubMed PMID: 7561552]