Glucose is central to energy consumption. Carbohydrates, lipids, and proteins all ultimately break down into glucose, which then serves as the primary metabolic fuel of mammals and the universal fuel of the fetus. It serves as the major precursor for the synthesis of different carbohydrates like glycogen, ribose, and deoxyribose, galactose, glycolipids, glycoproteins, and proteoglycans. On the contrary, in plants, glucose is synthesized from carbon dioxide and water (photosynthesis) and stored as starch. At the cellular level, most often, glucose is the final substrate that enters the tissue cells and converts to ATP (adenosine triphosphate).

ATP is the energy currency of the body and is consumed in multiple ways including the active transport of molecules across cell membranes, contraction of muscles and performance of mechanical work, synthetic reactions that help to create hormones, cell membranes, and other essential molecules, nerve impulse conduction, cell division and growth, and other physiologic functions.[1]

The average fasting blood glucose concentration (no meal within the last 3 to 4 hours) is between 80 to 90 mg/dl. On average, postprandial blood glucose may rise to 120 to 140 mg/dl, but the body's feedback mechanism returns the glucose to normal within 2 hours. During starvation, the liver provides glucose to the body through gluconeogenesis: synthesizing glucose from lactate and amino acids.

We can summarize blood glucose regulation and its clinical significance in the following ways:

After a meal, there is a rise in blood glucose levels, which raises insulin secretion from the pancreas simultaneously. Insulin causes glucose to deposited in the liver as glycogen; then, during the next few hours, when blood glucose concentration falls, the liver releases glucose back into the blood, decreasing fluctuations.

Prolonged hypoglycemia for hours and days leads to the secretion of growth hormone and cortisol that maintain blood glucose level by increasing fat utilization and decreasing the rate of glucose utilization by cells.[2]

For glucose to be utilizable in most tissue cells, it needs to be transported across the cell membrane into the cytoplasm. Glucose cannot readily diffuse through because of the high molecular weight. Transport is made possible through protein carrier molecules; this is known as facilitated diffusion, and it takes place down the gradient from high concentration to low concentration.

There is an exception for the gastrointestinal tract and renal tubules. Here, glucose is transported actively by sodium-glucose co-transport against the concentration gradient.

The rate of glucose/carbohydrate utilization is under the control of the rate of insulin secretion from the pancreas. Normally, the amount of glucose that can diffuse in the cells is limited except for liver and brain cells. This diffusion is significantly increased by insulin to 10 times or more.

As soon as glucose enters the cell, it becomes phosphorylated to glucose-6-phosphate. This reaction is mediated by glucokinase in the liver and hexokinase in most other cells. This phosphorylating step serves to capture glucose inside the cell. It is irreversible mostly except in liver cells, intestinal epithelial cells, and renal tubular epithelial cells where glucose phosphatase is present in these locations, which is reversible.

This glucose can then either be utilized immediately for the release of energy through glycolysis, a multi-step procedure to release energy in the form of ATP, or can be stored as glycogen(polysaccharide). Liver cells and muscle cells store large amounts of glycogen, for later utilization to release glucose by glycogenolysis, i.e., breakdown of glucose.[3]

In a developing fetus, regulated glucose exposure is imperative to normal growth because glucose is the primary energy form used by the placenta. In late-gestation, fetal glucose metabolism is essential to the development of skeletal muscles, fetal liver, fetal heart, adipose tissue. Three components that are crucial to fetal glucose metabolism are maternal serum glucose concentration, maternal glucose transport to the placenta, which is impacted by the amount of glucose the fetus uses, and finally, fetal pancreas insulin production.

Glucose metabolism involves multiple processes, including glycolysis, gluconeogenesis, and glycogenolysis, and glycogenesis. Glycolysis in the liver is a process that involves various enzymes that encourage glucose catabolism in cells. One enzyme, in particular, glucokinase, allows the liver to sense serum glucose levels and to utilize glucose when serum glucose levels rise, for example, after eating. During periods of fasting, when there is no glucose consumption, for example, overnight while asleep, the process of gluconeogenesis takes place.

Gluconeogenesis happens when there is glucose synthesis from non-carbohydrate components in the mitochondria of liver cells. Additionally, during fasting periods, the pancreas secretes glucagon, which begins the glycogenolysis process. In glycogenolysis, glycogen, the stored form of glucose, is released as glucose. The process of synthesizing glycogen is termed glycogenesis and occurs when excess carbohydrates exist in the liver.[7]

Glucose tolerance is regulated with the circadian cycle. In the morning, humans typically have their peak glucose tolerance for metabolism. Afternoon and evenings are a trough for oral glucose tolerance. This trough likely occurs because pancreatic beta-cells are also most responsive in the morning—similarly, glycogen storage components peak in the evening. Adipose tissue is most sensitive to insulin in the afternoon. The varied timings of fuel utilization throughout the day compose the cycle of glucose metabolism.[8]

Glycolysis is the most crucial process in releasing energy from glucose, the end products of which are two molecules of pyruvic acid. It occurs in 10 successive chemical reactions, leading to a net gain of two ATP molecules from one molecule of glucose.

The overall efficiency for ATP formation is only approximately forty-three percent, with the remaining 57 percent is lost in the form of heat. The next step is the conversion of pyruvic acid to acetyl coenzyme A, this reaction utilizes coenzyme A, releasing two molecules of carbon dioxide and four hydrogen atoms. No ATP forms at this stage, but the four released hydrogen atoms participate in oxidative phosphorylation, later releasing six molecules of ATP. The next step is the breakdown of acetyl coenzyme A and release of energy in the form of ATP in the Kreb's cycle or the tricarboxylic acid cycle, taking place in the cytoplasm of the mitochondrion.[9]

Although not completely understood, Type 1 and Type 2 diabetes differ in their pathophysiology. Both are considered polygenic diseases, meaning multiple genes are involved, likely with multifactorial environmental influences including gut microbiome composition and environmental pollutants, among others. Type 1 diabetes is the autoimmune destruction of the body’s pancreatic beta cells, which produce insulin hormone. Without the insulin hormone, the body is unable to regulate blood glucose control. Type 1 diabetes more commonly presents in childhood and persists through adulthood, equally affects males and females, and has the highest prevalence of diagnosis in European White race individuals. Life expectancy for an individual with Type 1 diabetes is reduced by an estimated 13 years.

Poor glucose metabolism leads to diabetes mellitus. According to the American Diabetes Association, the prevalence of diabetes in the year 2015 was 9.4%, with people aging 65 and older forming the largest group. Every year, 1.5 million Americans receive a diagnosis of diabetes. As the seventh-highest cause of mortality in the United States, diabetes mellitus poses a concerning healthcare challenge with large amounts of yearly expenditures, morbidity, and death.

Type 1 DM- due to deficient insulin secretion. Key features of this type are-

Type 2 DM- due to insulin resistance with a defect in compensatory insulin secretion. Key features of this type are- 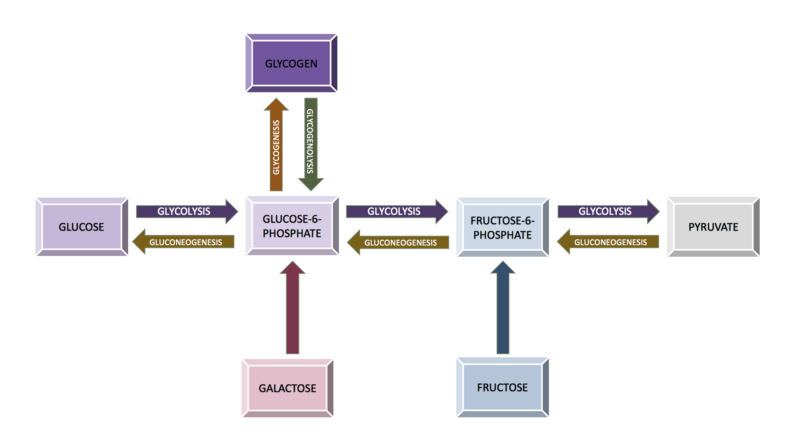