Therapeutic plasma exchange (TPE) is a procedure employed to "cleanse" the blood of various pathologic entities including antibodies, immune complexes, cellular elements, infectious agents, and toxins. A variety of conditions are responsive to therapy with TPE either as a first-line intervention or adjunct therapy. TPE, or plasmapheresis, consists of the separation of whole blood into its liquid and cellular components via centrifugal or membrane-filter technique followed by reintroduction of albumin and/or donor plasma tp the cellular components and re-infusion. This activity reviews the process of TPE, the evaluation and treatment of conditions responsive to therapeutic plasma exchange, and the role of an interprofessional team performing this interventional therapy.

Therapeutic plasma exchange (TPE) is a procedure in which blood or plasma is separated, removed, and replaced with a colloid solution of either albumin and/or donor plasma so as to accomplish the elimination of a pathologic entity.  Plasma is exchanged in volumes, usually between 1 to 1.5 L to remove dysfunctional cells, autoantibodies, immune complexes, cellular byproducts, parasites/bacteria, and toxins.  There are two different methods for plasma separation - manual and automated.

The manual method consists of phlebotomizing a patient, centrifuging the blood to separate plasma from cellular components, extracting the plasma, and then returning the cellular components back to the patient. The automated method involves the use of a plasmapheresis machine, which accomplishes the same functions as the manual method in a continuous flow extracorporeal circuit. The removal and replacement of plasma cause an overall dilution for which one volume exchange clears 66% of target constituents and 85% with a second and 93% with a third.  The efficiency of TPE in eliminating the undesired entity is dependent on mass, production rate, and location in the blood (intracellular vs. extracellular) of said entity.[1]

The American Society for Apheresis guidelines, Eight Edition, published in 2019, includes a periodically updated lengthy list of diseases with indications for TPE alone or along with other therapies.  It serves as a reference for TPE management of diseases, thoroughly detailing rationale, impact, technical issues, therapeutic plan, clinical/laboratory endpoints, and timing/location.[2]  This summary is not nearly as inclusive or comprehensive as that reference, however, below are the most commonly encountered indications.

Sickle cell disease is an autosomal recessive group of inherited disorders affecting the production of the beta-globin subunits of hemoglobin.  Under episodes of physical insult (ie: hypo/hyperthermia, dehydration, emotion stress, hypoxia, etc) the red blood cells transform into a rigid sickled shape that does not easily traverse the vasculature. Sickle cells have abnormally short lifespans resulting in anemia in the affected individual. Additionally, patients suffering from sickle cell disease are also predisposed to certain bacterial infections and painful vaso-occlusive events known as sickle cell crisis, stroke, and death in addition to other comorbidities. Therapeutic plasma exchange is indicated for severe anemia and multiorgan failure.  The objective is to decrease vaso-occlusion by lowering the sickle hemoglobin to below 30% and raising the hemoglobin oxygen saturation.  At least one study has demonstrated that TPE has synergistic effects with red cell exchange therapy in patients with multi-organ failure.[3]

Neonatal polycythemia is a neonatal condition whereby hematocrit (Hct) measures >65% in an infant born at term. It results from chromosomal anomalies, twin to twin transfusion syndrome, or growth restriction in the womb.  These infants are at risk of hyperviscosity and may develop symptoms of hypoglycemia, cyanosis, and apnea if not quickly managed with intravenous hydration.  Therapeutic plasma exchange is indicated for progressive symptoms refractory to initial treatment.  This must be initiated quickly as Hct peaks a few hours after birth.  In a systematic review and meta-analysis, it was found that crystalloid was as effective as a colloid in managing hematologic state by use of partial exchange transfusion.[4]

Neonatal hyperbilirubinemia occurs when a neonatal born >35 weeks has a total bilirubin (TB) >25 mg/dL.  The causes are either physiologic (transient period of mismatched increased red blood cell production and bilirubin metabolism) or pathologic (a number of disease states involving immune-mediated hemolysis).  These infants are at risk for brain injury from bilirubin-induced neurologic dysfunction in which bilirubin crosses the blood-brain barrier and builds up within the tissue.  Phototherapy (PT) with ultraviolet light is the mainstay of therapy, however, TPE is indicated for persistently elevated TB levels despite PT.  Double-volume exchange transfusion will remove about 50% to 75% of TB from pre-exchange value.  Triple-volume exchange removes approximately 95% of TB but is rarely required.  Due to the prohibitive cost of even more advanced therapies such as intrauterine transfusion and immunoglobulin therapy, TPE is the primary alternative to phototherapy in the management of severe hyperbilirubinemia in the developing world.[5]

Babesiosis is a disease caused by the parasite Babesia microti. It is carried and transmitted by the deer tick, Ixodes scapularis, and may also result from transmission from infected mother to fetus or infected blood product transfusion.  The parasite infects, replicates within, and destroys red blood cells resulting in hemolytic anemia and flu-like symptoms. The treatment regimen of atovaquone and azithromycin is often used for uncomplicated cases.  Severe cases involving end-organ damage (respiratory distress, sepsis, etc) may benefit from therapeutic plasma exchange - reducing parasite burden, correcting anemia, and removing inflammatory mediators and toxic by-products.[6]

Guillain-Barre syndrome (GBS), or acute inflammatory demyelinating polyradiculoneuropathy, is an acute immune-mediated disorder targeting the myelin of the peripheral nervous system.  This is usually incited by antecedent bacterial or viral infections of the gastrointestinal or respiratory tract.  Initially, symptoms are numbness and weakness bilaterally starting in the distal extremities and progressing proximally.  GBS can become life-threatening if innervation of the cardiac and pulmonary systems is involved, or when severe chest wall skeletal muscle weakness develops.  Treatment is supportive measures along with intravenous immunoglobulins and TPE for severe cases.  The acute phase reactant, plasma fibrinogen, is elevated in acute GBS and its level is inversely related to treatment success.  Treatment with TPE is conducted until a continuous 30% decrease in plasma fibrinogen is observed.[7]

Myasthenia gravis (MG) is an autoimmune disease characterized by chronic bilateral skeletal muscle weakness, particularly the ocular, oral, and facial muscles. Significant extremity weakness and respiratory muscle paralysis are usually affected only in cases of myasthenic crisis.  MG is caused by antibodies to the acetylcholinesterase (Ach) receptor at the terminal endplate of the neuromuscular junction. The consequence of diminished Ach activity due to inhibited and reduced Ach receptors accounts for the clinical presentation.  Treatment typically involves Ach inhibitors and immunosuppressants.  TPE removal of acetylcholine receptor antibodies is indicated for severe exacerbations involving bulbar dysfunction and/or respiratory compromise.  Treatment goals are short-term improvement in skeletal muscle strength and motor performance (neuromuscular junction transmission) as well as improvement in respiratory function.[8]

Heparin-induced thrombocytopenia (HIT) is an anti-platelet antibody-mediated condition resulting in thrombocytopenia and thrombophilia. Heparin bound to the chemokine, platelet factor 4 (PF4), elicits an immune response directed against this structure.  The resulting complex of IgG, PF4, and heparin bind with and further activate platelets causing thrombi and thrombocytopenia. Initial treatment involves discontinuation of heparin.  Therapeutic plasma exchange is indicated in severe or persistent cases to remove such "HIT complexes". A recent international practice survey revealed cardiovascular surgery followed by HIT-associated thrombosis as the most common reason to prophylactically treat re-exposures in patients requiring heparin.  The fluid replaced was often plasma and the occurrences of treatment were laboratory/clinical response-dependent.[9]

Goodpasture syndrome (GPS) or anti-glomerular basement membrane disease is an idiopathic, autoimmune disease directed against the basement membrane (alpha-3-subunit of type IV collagen) in tissues unique to lungs and kidneys. Symptoms typically consist of chest pain, shortness of breath, hemoptysis, and hematuria. Mortality is high without proper diagnosis and intervention.  Treatment with immunosuppressants and TPE reduces renal and pulmonary injury and provides symptom relief. The anti-GBMs promptly decrease with TPE and immunosuppression, thus serving as an effective marker to guide ongoing therapy.[11]

Renal transplant is yet another application of TPE. It is indicated prior to, during, and after transplantation. TPE aids in the desensitization of the immune system and to remove antibodies that damage renal vasculature following transplant and potentially result in rejection.[12]

Malaria is a disease caused by several species of the Plasmodium parasite, typically transmitted via the Anopheles mosquito. Once in the bloodstream the parasite infects and destroys liver cells and red blood cells.  Severe flu-like symptoms of fluctuating shivers and sweats, diffuse body pain, and weakness accompanied by jaundice and respiratory distress are the disease hallmarks. Death is not uncommon. Treatment with antimalarial medications (often artemisinin-combination therapy) is typically effective in uncomplicated cases.  Though not endorsed by the World Health Organization or the United States Centers for Disease Control and Prevention, TPE is occasionally used.  One retrospective study found mixed results with TPE in observed physiologic improvements (liver functions and inflammatory markers) but no improvement in parasite burden or disease state.[13]

The individuals necessary for the performance of TPE are the pheresis technician, pathologist, and hematologist beyond the treating physician. Contact and communication between these individuals are vital to the expeditious treatment of each patient.

Centrifugal therapeutic plasma exchange: A continuous flow extracorporeal circuit is formed from the patient to the centrifuge and back to the patient. Citrate (anticoagulant) is added to the blood flow of 10-150 ml/min, while centrifugal forces separate and sieve off plasma from the heavier (white and red cells) of blood.  A replacement fluid (albumin and/or fresh frozen plasma) is recombined with the blood and returned to the patient.[1]

Membrane therapeutic plasma exchange: A continuous flow extracorporeal circuit is formed from the patient to the filter-membrane and back to the patient. Heparin (anticoagulant) is added to the blood flow of 150 ml/min while membrane ultrafiltration properties of pore size and distribution separate and sieve off plasma from the heavier (white and red cells) of blood.  A replacement fluid (albumin and/or fresh frozen plasma) is recombined with the blood and returned to the patient.[1]

Risks include infection, hemorrhage, thromboembolism, and death from the procedure itself with anaphylactic, allergic, and hemolytic reactions occurring more likely from plasma or blood transfusion.  A recent retrospective cohort study of 1201 therapeutic plasma exchange procedures in 435 children found pruritus/urticaria (7%), hypertension (1.92%), and hypotension (1.17%) to be the most common complications.  There were severe complications (cryptococcosis neoformans, anaphylactic shock, and toxic epidermal necrolysis) in 5 patients (0.42%) following TPE procedures.[14]

Therapeutic plasma exchange is a useful procedure to eliminate from circulation the particular pathologic entity.  It is normally reserved as a treatment adjunct or when initial therapies have failed. The Journal of Clinical Apheresis produces guidelines on the use of Apheresis in clinical practice. This is an evidence-based guide to a vast collection of diseases requiring this treatment.  Per disease and the state of the patient, this guide helps determine when TPE is appropriate and what the expected end results.  Coordination of care amongst the various healthcare personnel is required to ensure patient safety, the propriety of therapy in each particular situation, and application of alternative and/or adjunct therapies indicated for a particular patient.[2]

Dialogue amongst the involved physicians, nursing staff, and laboratory technicians are vital to identify the availability of TPE at any particular institution and to subsequently make appropriate transitions for patients requiring TPE when not available in the initial facility. In situations when TPE is not emergency indicated, the arrangement of outpatient care will be required. Coordination of effort between the health professionals to enhance patient-centered care and outcomes is a top priority.  They need to recognize who will require therapeutic plasma exchange and when to initiate it.

The diseases that require this treatment are rare, of various etiologies (genetic, physiologic, infectious, autoimmune), and are often initially managed with supportive therapies (supplemental oxygen, intravenous hydration, immunosuppressants, phototherapy).  Appropriate treatment and selection of patients and timing of intervention all need to be clearly communicated within and between medical professionals caring for the patient. 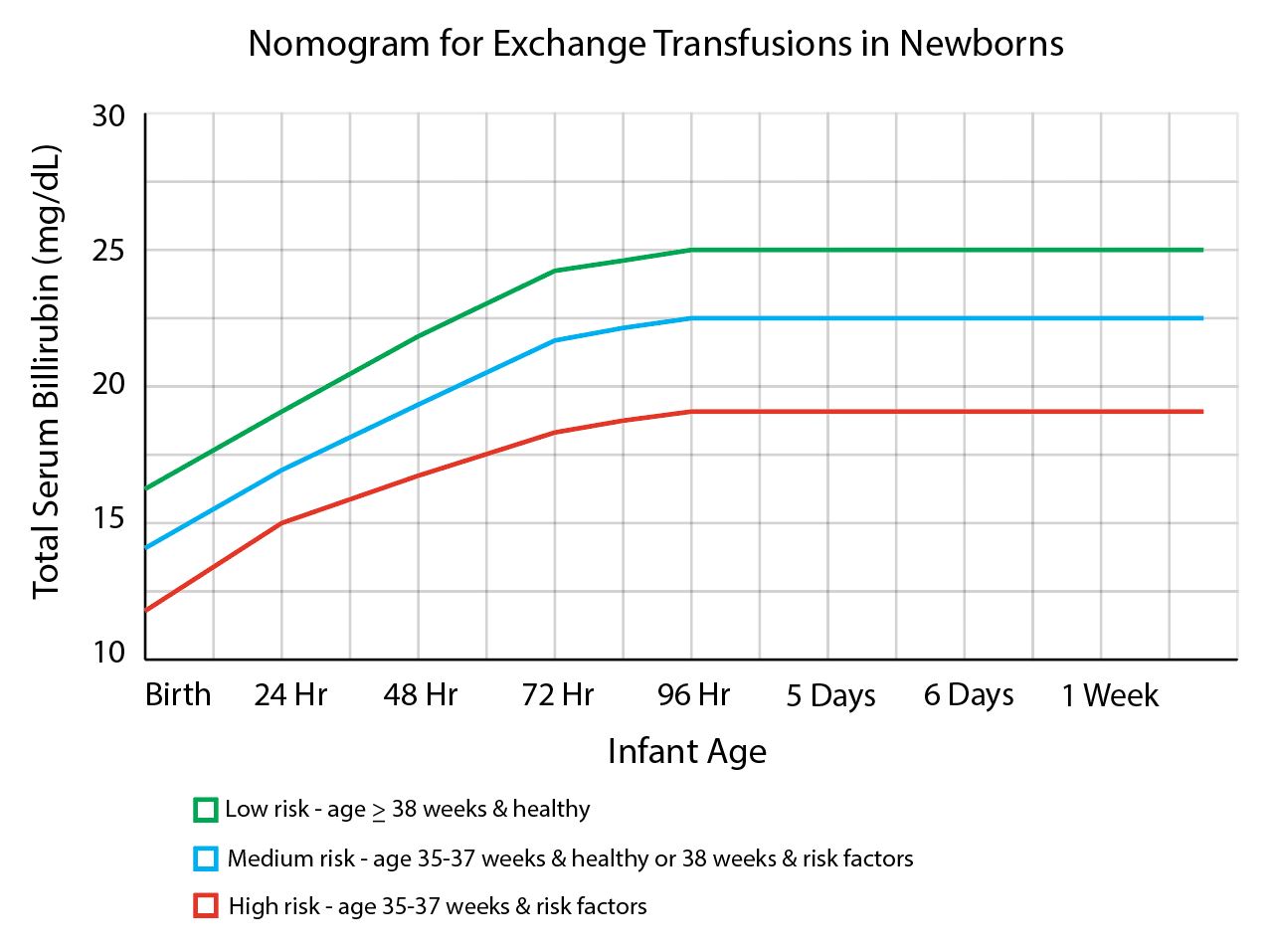