Entropion is an inversion or inward turning of the eyelid margin. This can result in trichiasis, where the eyelashes are directed posteriorly toward the globe. It is one of the most common eyelid malpositions. This malposition can cause corneal and conjunctival damage leading to corneal abrasions, scarring, corneal thinning, or corneal neovascularization. Entropion may be unilateral or bilateral. There are four types of entropion: congenital, involutional, acute spastic, and cicatricial. Lower eyelids are often involutional while the upper eyelid is cicatricial. Lower eyelid entropion is much more common than upper eyelid entropion. This activity aims to help clinicians identify and manage entropion by reviewing the pathophysiology, evaluation, and management of this eyelid malformation. This activity reviews the role of the interprofessional team in caring for patients with entropion.

Entropion is an inversion or inward turning of the eyelid margin. This can result in trichiasis, where the eyelashes are directed posteriorly toward the globe. It is one of the most common eyelid malpositions. This malposition can cause corneal and conjunctival damage leading to corneal abrasions, scarring, corneal thinning, or corneal neovascularization.  Entropion may be unilateral or bilateral. There are four types of entropion: congenital, involutional, acute spastic, and cicatricial. Lower eyelids are often involutional while the upper eyelid is cicatricial. Lower eyelid entropion is much more common than upper eyelid entropion.

Entropion can be caused by horizontal eyelid laxity, attenuation or disinsertion of eyelid retractors, overriding by the preseptal orbicularis oculi muscle, previous surgeries, infection, inflammation, or congenital origins. Involutional changes are the most common etiology of entropion. As we age, the canthal tendons relax, and the eyelid retractors attenuate, causing misposition of the eyelid margin[1]. Infection, irritation, and inflammation are the primary causes of acute spastic entropion. This condition occurs most commonly after intraocular surgery in patients who had unrecognized involutional eyelid changes preoperatively. Continual orbicularis oculi muscle contraction causes inward rotation of the eyelid margin. This, in turn, causes ocular, specifically corneal irritation, due to lash rub which perpetuates the problem. Tarsoconjunctival contracture causes Cicatricial entropion. Any mechanism that results in increased scar tissue formation can put an individual at risk for forming a cicatricial entropion. Some common risk factors are the following: prior burns, trauma, infection, or inflammation.

The older an individual is, the greater the chances of developing an entropion[1]. Bilateral disease is three times more common than unilateral. Entropion is thought to occur more frequently in women than men, as women tend to have smaller tarsal plates than men.[2]

Pathophysiology is dependent on the type of entropion seen. In general, the lower lid is stabilized from, the lower lid retractors,orbicularis, tarsus, and canthal tendons. The canthal tendons and tarsal plate horizontally stabilize the lid. The weakening of these structures, permits the inversion of the lid. The lower lid retractors stabilize vertically. In the upper lid, the levator aponeurosis and Mueller's muscle provide this role. The lower lid retractors connect to the orbicularis muscle and overlying skin. As these extensions weaken, the preseptal orbicularis can travel superior and override the pretarsal muscle causing the eyelid margin to rotate against the eye. Inversion of the lid margin is also thought to be due to tarsal atrophy with the loss of support from the verticle lid and orbital fat atrophy.

Involutional entropion is caused by horizontal laxity of the eyelid, attenuation or disinsertion of eyelid retractors, and overriding by the preseptal orbicularis oculi muscle. Acute spastic entropion is a condition that arises following ocular irritation or inflammation.  Sustained orbicularis oculi muscle overwhelms the oppositional action of the lower eyelid retractors causing inward rotation of the eyelid margin. A cycle of increasing frequency of spasm caused by corneal irritation perpetuates the problem, often only interrupted by intervention. Cicatricial entropion is caused by vertical tasoconjunctival contracture and internal rotation of the eyelid margin.

The tarsal plates of an involutional entropion demonstrate collagen degeneration, disorganized collagen fibers, and abnormal elastogenesis. Tensile strength is provided to the tarsus via the collagen fibers, and elastic fibers provide the tarsus with resiliency. As we age, the tarsus begins to change from mainly collagenous fibers to elastic fibers[3]. Additionally, the total number of fibers decreases. This results in eyelid laxity and tarsal atrophy associated with entropion.

Signs and symptoms can often include symptoms of eye redness and pain, sensitivity to light and wind, sagging of skin around the eye, epiphora, ocular irritation and decreased vision, especially if the cornea is damaged. Involutional entropion can be detected by the snapback test and distraction test. The snapback test can be performed when the eyelid margin is pulled away from the globe, with poor resultant snap back to the globe's surface. It is important the patient does not blink the lid back into the proper position. The distraction test is when the lower lid is pulled from the globe and distance is measured. If the distraction is greater than 6 mm, it is considered abnormal. Further, a slit lamp can be conducted to assess for eyelid retractor disinsertion. Several clinical clues may indicate disinsertion of the retractors. These include

Cicatricial entropion usually displays scar tissue of the conjunctiva. Eversion of the eyelid margin is often difficult in cicatricial but can be performed with ease involutional. Spastic entropion commonly arises following ocular irritation or inflammation following surgical procedures. Congenital can be considered in dysgenesis of the lower eyelid retractors and may be present creating instability in the eyelid with sequential entropion formation.

Usually, laboratory tests are not required for the diagnosis of entropion. If a patient is found to have a cicatricial entropion, an infection or autoimmune disease workup needs to be performed before treatment of the entropion. The source of the entropion needs to be identified. If an involutional entropion is found, consider an exophthalmometry reading to determine if relative enophthalmos is present.

Management of entropion should be directed at the specific etiology. Medical management is often ocular lubrication, artificial tears, or contact lenses. These can be used to protect the ocular surface from damage secondary to eyelash irritation. These simple techniques can often break the cycle in spastic entropion. Botulinum toxin injection can also be considered in a patient with spastic entropion[4]. The Botox injection can be used to paralyze the overriding preseptal orbicularis muscle temporarily. If the cause is cicatricial, medical management of the underlying etiology needs to be undertaken first, and then surgical correction can be considered. If inflammation or infection are not controlled, the prognosis is worse and can often progress.

Surgical management can be considered in all types of entropion and provides definitive treatment. Suture techniques, such as Quickert sutures, are occasionally helpful and can be performed at bedside or in office[5]. This technique is only temporary and often results in recurrence. Additionally, exploration and repair of the lower eyelid retractors through a skin incision or transconjunctival approach can be done to stabilize the inferior border of the tarsus. A small amount of pretarsal orbicularis oculi can be resected to prevent further overriding of the tarsus. If only horizontal laxity is involved, a medial or lateral canthal tightening procedure can be done. A lateral tarsal strip operation or wedge resection corrects all three etiologic factors in involution entropion (horizontal lid laxity, attenuation or disinsertion of the eyelid retractors, and overridden by the preseptal orbicularis oculi muscle)l[6]. A tarsal fracture operation is useful in cases of upper lid mild to moderate cicatricial entropion. A posterior horizontal tarsal incision is made 2mm distal to the eyelid margin. The full thickness incision of the tarsus permits the eyelid margin to be rotated away from the globe. The margins should be stabilized with sutures. Often in cicatricial entropion, the tarsus is scarred or distorted. These patients will often need a tarsus replacement. Tarsoconjunctival, scleral grafts, hard-palate mucosa, autogenous ear cartilage, and other mucosal grafts are useful substitutes in these cases[7].

Entropion should be differentiated from epiblepharon, trichiasis, trachoma, and distichiasis.

While the ophthalmologist is almost always involved in the care of patients with an eyelid malformation,others can be consulted to assist in management. A facial plastics surgeon can be consulted to manage this procedure as well. The nurses are also a vital member of the interprofessional group as they will monitor the patient's vital signs and monitor for worsening appearance. 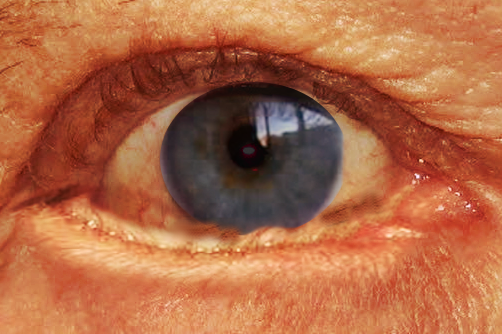 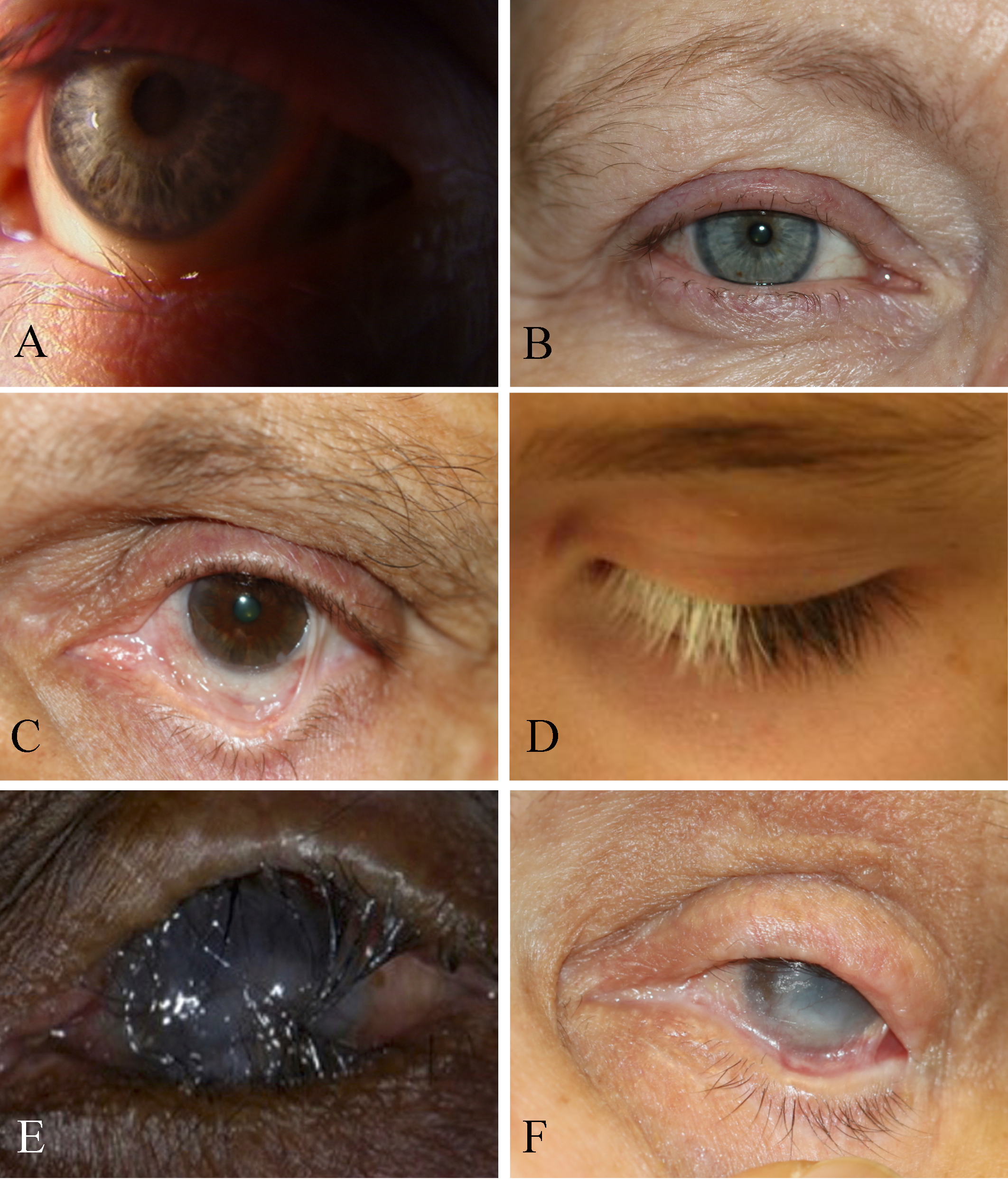