Abnormal uterine bleeding can also be divided into acute versus chronic. Acute AUB is excessive bleeding that requires immediate intervention to prevent further blood loss. Acute AUB can occur on its own or superimposed on chronic AUB, which refers to irregularities in menstrual bleeding for most of the previous 6 months.[2]

One or more of the problems listed above can contribute to a patient's abnormal uterine bleeding. Some structural entities, such as endocervical polyps, endometrial polyps, or leiomyomas, may be asymptomatic and not the primary cause of a patient's AUB.

In the 2018 FIGO system, AUB secondary to anticoagulants was moved from the coagulopathy category to the iatrogenic category.

Conditions to be included in the not otherwise classified category include pelvic inflammatory disease, chronic liver disease, and cervicitis.

The prevalence of abnormal uterine bleeding among reproductive-aged women internationally is estimated to be between 3% to 30%, with a higher incidence occurring around menarche and perimenopause. Many studies are limited to heavy menstrual bleeding (HMB), but when irregular and intermenstrual bleeding are considered, the prevalence rises to 35% or greater.[1] Many women do not seek treatment for their symptoms, and some components of diagnosis are objective while others are subjective, making exact prevalence difficult to determine.[3]

The uterine and ovarian arteries supply blood to the uterus. These arteries become the arcuate arteries; then, the arcuate arteries send off radial branches which supply blood to the two layers of the endometrium, the functionality and basalis layers. Progesterone levels fall at the end of the menstrual cycle, leading to enzymatic breakdown of the functionalis layer of the endometrium. This breakdown leads to blood loss and sloughing, which makes up menstruation. Functioning platelets, thrombin, and vasoconstriction of the arteries to the endometrium control blood loss. Any derangement in the structure of the uterus (such as leiomyoma, polyps, adenomyosis, malignancy, or hyperplasia), derangements to the clotting pathways (coagulopathies or iatrogenically), or disruption of the hypothalamic-pituitary-ovarian axis (through ovulatory/endocrine disorders or iatrogenically) can affect menstruation and lead to abnormal uterine bleeding.[4]

The clinician should obtain a detailed history from a patient who presented with complaints related to menstruation. Specific aspects of the history include:

The physical exam should include:

Laboratory testing can include but is not limited to a urine pregnancy test, complete blood count, ferritin, coagulation panel, thyroid function tests, gonadotropins, and prolactin.

Imaging studies can include transvaginal ultrasound, MRI, and hysteroscopy. Transvaginal ultrasound does not expose the patient to radiation and can show uterus size and shape, leiomyomas (fibroids), adenomyosis, endometrial thickness, and ovarian anomalies. It is an important tool and should be obtained early in the investigation of abnormal uterine bleeding. MRI provides detailed images that can prove useful in surgical planning, but it is costly and not the first-line choice for imaging in patients with AUB. Hysteroscopy and sonohysterography (transvaginal ultrasound with intrauterine contrast) are helpful in situations where endometrial polyps are noted, images from transvaginal ultrasound are inconclusive, or submucosal leiomyomas are seen. Hysteroscopy and sonohysterography are more invasive but can often be performed in office settings.

Endometrial tissue sampling may not be necessary for all women with AUB but should be performed on women at high risk for hyperplasia or malignancy. An endometrial biopsy is considered the first-line test in women with AUB who are 45 years or older. Endometrial sampling should also be performed in women younger than 45 with unopposed estrogen exposure, such as women with obesity and/or polycystic ovarian syndrome (PCOS), as well as a failure of treatment or persistent bleeding.[2]

Treatment of abnormal uterine bleeding depends on multiple factors, such as the etiology of the AUB, fertility desire, the clinical stability of the patient, and other medical comorbidities. Treatment should be individualized based on these factors. In general, medical options are preferred as initial treatment for AUB.

For acute abnormal uterine bleeding, hormonal methods are the first line in medical management. Intravenous (IV) conjugated equine estrogen, combined oral contraceptive pills (OCPs), and oral progestins are all options for treating acute AUB. Tranexamic acid prevents fibrin degradation and can be used to treat acute AUB. Tamponade of uterine bleeding with a Foley bulb is a mechanical option for the treatment of acute AUB. It is important to assess the patient's clinical stability and replace volume with intravenous fluids and blood products while attempting to stop the acute abnormal uterine bleeding. Desmopressin, administered intranasally, subcutaneously, or intravenously, can be given for acute AUB secondary to the coagulopathy von Willebrand disease. Some patients may require dilation and curettage.

Based on the PALM-COEIN acronym for etiologies of chronic AUB, specific treatment options for each category are listed below:

Polyps are treated through surgical resection.

Adenomyosis is treated via hysterectomy. Less often, adenomyomectomy is performed.

Malignancy or hyperplasia can be treated through surgery, +/- adjuvant treatment depending on the stage, progestins in high doses when surgery is not an option, or palliative therapy, such as radiotherapy.

Coagulopathies leading to AUB can be treated with tranexamic acid or desmopressin (DDAVP).

Ovulatory dysfunction can be treated through lifestyle modification in women with obesity, PCOS, or other conditions in which anovulatory cycles are suspected. Endocrine disorders should be corrected using appropriate medications, such as cabergoline for hyperprolactinemia and levothyroxine for hypothyroidism.

Endometrial disorders have no specific treatment, as mechanisms are not clearly understood.

Iatrogenic causes of AUB should be managed based on the offending drug and/or drugs. If a certain contraception method is the suspected culprit for AUB, alternative methods can be considered, such as the levonorgestrel-releasing IUD, combined oral contraceptive pills (in monthly or extended cycles), or systemic progestins. If other medications are suspected and cannot be discontinued, the aforementioned methods can also help control AUB. Individual therapy should be tailored based on a patient's reproductive wishes and medical comorbidities.

Not otherwise classified causes of AUB include entities such as endometritis and AVMs. Endometritis can be treated with antibiotics and AVMs with embolization.[2][4][5]

Any bleeding from the genitourinary tract or gastrointestinal tract (GI tract) can mimic abnormal uterine bleeding. Therefore, bleeding from other sources fits into the differential diagnosis and must be ruled out.

The differential diagnosis for genital tract bleeding based on anatomic location or system:

The prognosis for abnormal uterine bleeding is favorable but also depends on the etiology. The main goal of evaluating and treating chronic AUB is to rule out serious conditions such as malignancy and improve the patient's quality of life, keeping in mind current and future fertility goals and other comorbid medical conditions that may impact treatment or symptoms. Prognosis also differs based on medical versus surgical treatment. Non-hormonal treatment with anti-fibrinolytic and non-steroidal anti-inflammatory medications has been shown to reduce blood loss during menstruation by up to 50%.[5] Oral contraceptive pills can be effective, but there is a lack of data from randomized trials. For women with heavy menstrual bleeding as their primary symptom of AUB, the levonorgestrel-releasing IUD has been proven to be more effective than other medical therapies and improves the patient's quality of life. Injectable progestogens and GnRH agonists can produce amenorrhea in up to 50% and 90% of women, respectively. However, injectable progestogens can produce the side effect of breakthrough bleeding, and GnRH agonists are usually only used for a 6-month course due to their side effects in producing a low estrogen state.[5]

With the surgical techniques, randomized clinical trials and reviews have shown that endometrial ablation controlled bleeding more effectively at 4 months postoperatively, but at 5 years, there was no difference compared to medical management. When trials have compared hysterectomy versus levonorgestrel-releasing IUD, the hysterectomy group had better results at 1 year. There was no difference in the quality of life seen at 5 and 10 years, but many women in the levonorgestrel-releasing IUD group had undergone a hysterectomy by 10 years.[5]

Consultations with obstetrics and gynecology should be initiated early on for proper evaluation and treatment. Depending on the etiology of abnormal uterine bleeding, other specialties may need to become involved in patient care. For coagulopathies, consultations with hematology/oncology are warranted. If the patient wishes to undergo a uterine artery embolization, Interventional radiology will need to be consulted. Malignancy may require both gynecologic oncology and hematology/oncology specialties for proper treatment.

Worldwide, many women do not report abnormal uterine bleeding to their healthcare providers, so it is important to foster an environment of open discussion on menstruation. Primary care physicians should ask women about their last menstrual cycle, regularity, desire for fertility, contraception, and sexual health. If abnormal uterine bleeding can be identified at the primary care level, then further history, examination, and testing can be performed, and the proper consultations can be arranged.

Patients with abnormal uterine bleeding should be educated on any pertinent lifestyle changes, treatment options, and when to seek emergency care.

Abnormal uterine bleeding is common among women worldwide. A detailed history is an important first step in evaluating a woman who presents with AUB, and clinicians should be familiar with the normal pattern of menstruation, including frequency, regularity, duration, and volume of flow. After a detailed history is obtained and a physical exam is performed, further tests and imaging may be warranted depending on the suspected etiology. PALM COEIN is a useful acronym for common etiologies of AUB, with PALM representing structural causes (polyps, adenomyosis, leiomyomas, and malignancy or hyperplasia) and COEIN representing non-structural causes (coagulopathies, ovulatory disorders, endometrial disorders, iatrogenic causes, and not otherwise classified). Women older than 45 years of age or women younger than 45 with risk factors for malignancy require endometrial sampling as part of the evaluation for AUB. Treatment is based on etiology, desire for fertility, and medical comorbidities.

Health professionals should coordinate care in an interprofessional approach to evaluate and treat women with abnormal uterine bleeding. Nurses and physicians in primary care, such as family medicine and internal medicine, might be the first to discover AUB and should consult with obstetrics and gynecology early on. Patients should be informed of all of their options for control of AUB based on etiology. A detailed discussion concerning the desire for fertility, medical versus surgical management, and prognosis should be conducted. Physicians and pharmacists should educate patients concerning any possible side effects of medical management.

The American College of Obstetrics and Gynecology (ACOG) has published a summary of recommendations and conclusions concerning abnormal uterine bleeding. [6]

Level A Recommendations (Level I evidence or consistent findings from multiple studies of levels II, III, or IV): 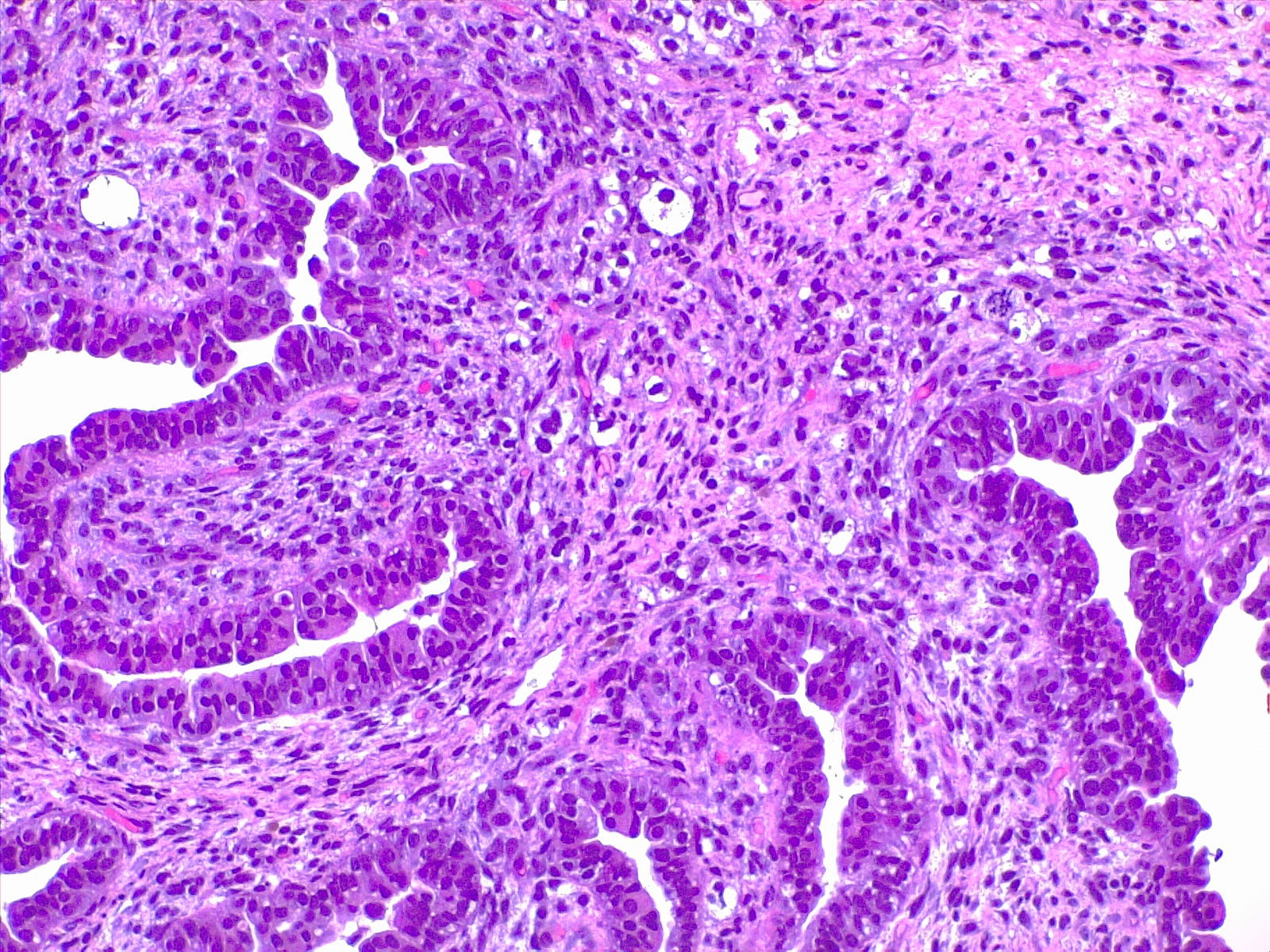 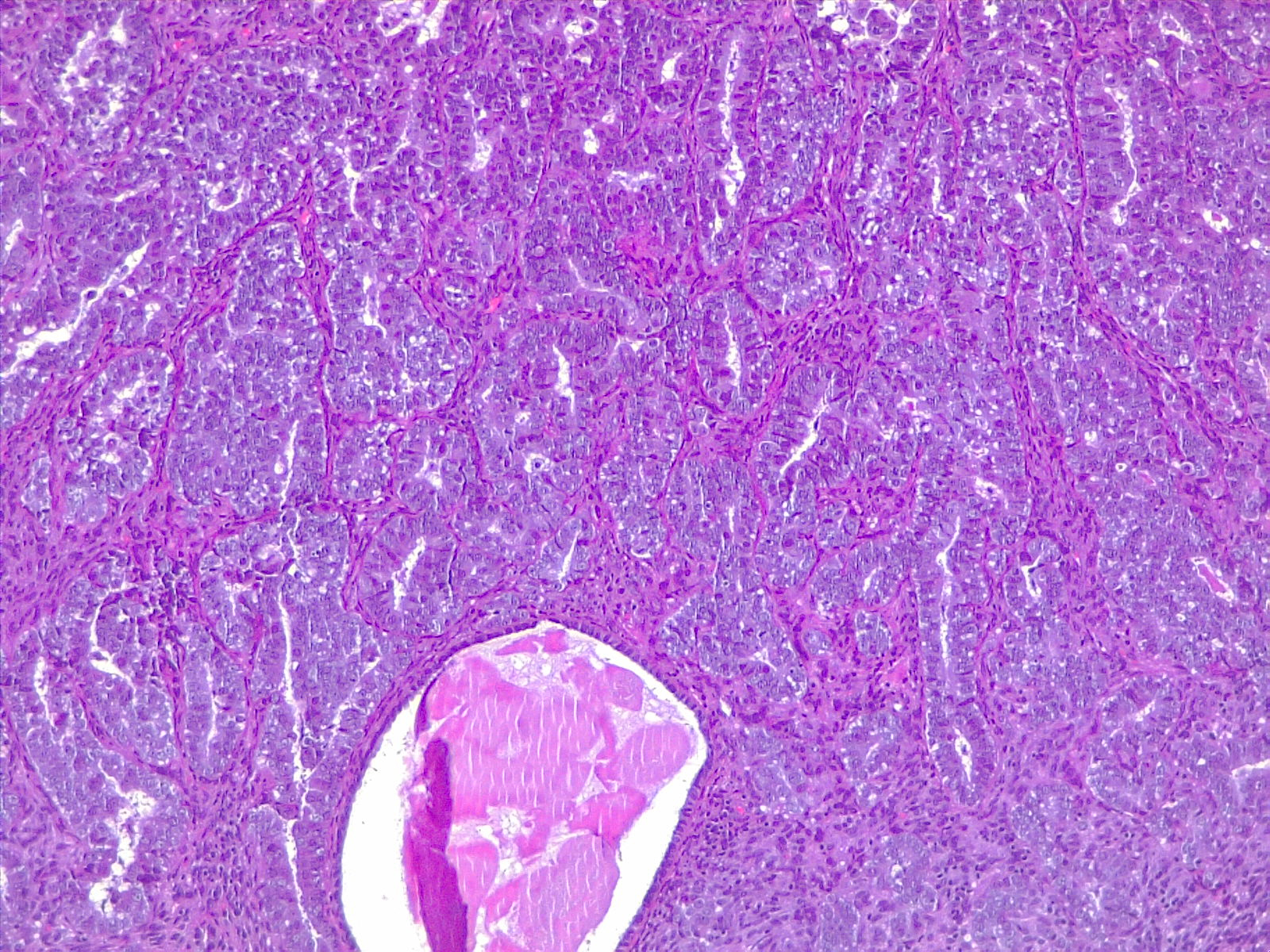 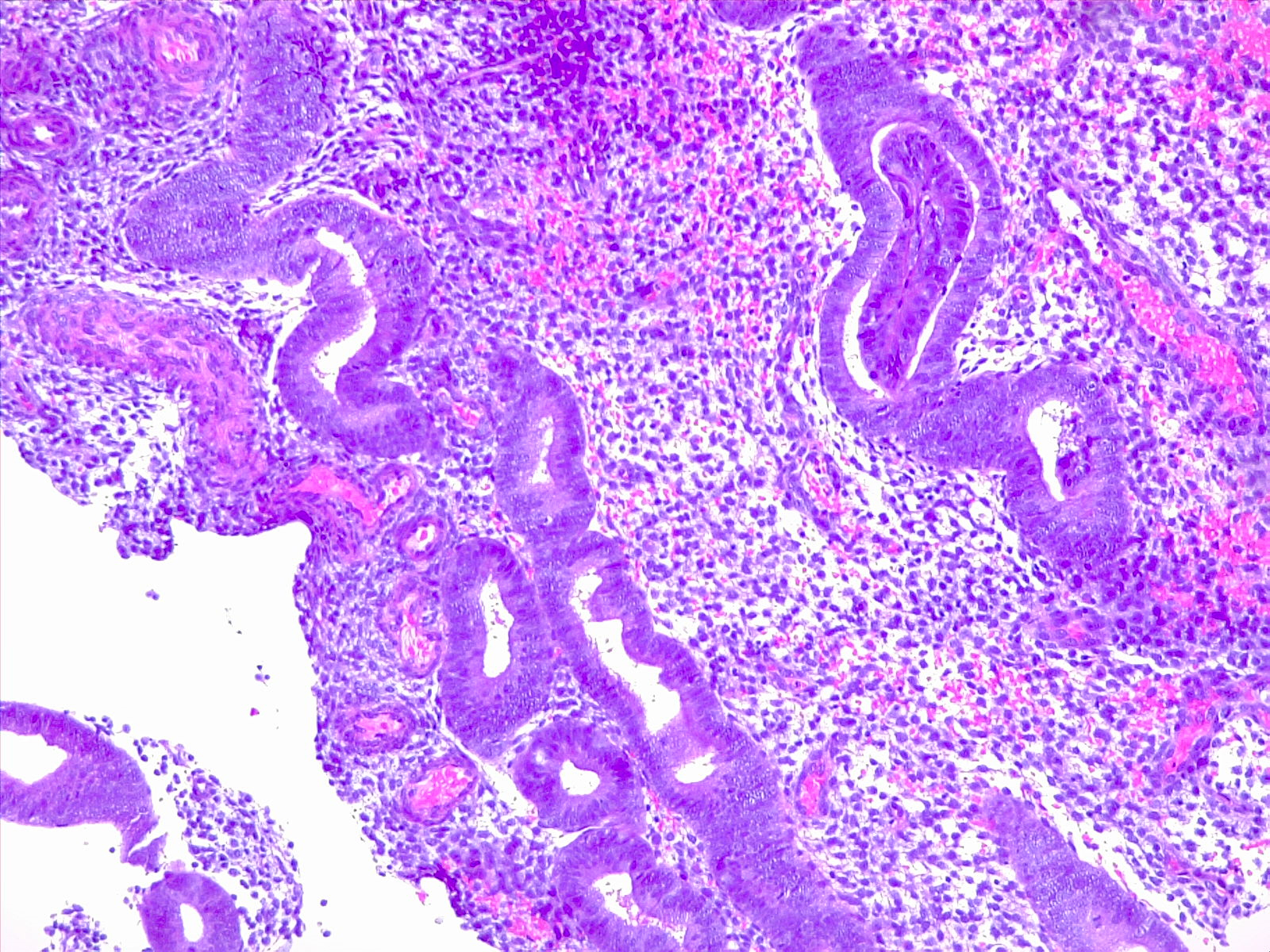