Borrelia burgdorferi is a pathogenic spirochete responsible for Lyme disease via a tick vector. This spirochete causes a characteristic annular rash, arthritis, carditis, and in late stages, encephalopathy. This activity reviews the cause of lyme disease, its presentation and diagnosis and highlights the role of the interprofessional team in its management.

Borrelia burgdorferi is a pathogenic spirochete responsible for Lyme disease via a tick vector. This spirochete causes a characteristic annular rash, arthritis, carditis, and in late stages, encephalopathy.[1]

This type of spirochete is a tick-borne obligate parasite whose preferred naural reservoir is small mammals and birds; it does not cause disease in these natural hosts. When the parasite infects a human, Lyme borreliosis or Lyme disease may develop. The main route of dissemination for B. burgdorferi is through the tick species Ixodes scapularis, more commonly known as the black-legged tick.[2]

B. burgdorferi is the only species of spirochete responsible for the most common vector-borne disease in North America. In the United States, B. burgdorferi infection occurs in northeastern and midwestern regions. In Europe, B. burgdorferi is one of five species (Borrelia afzelii, Borrelia garinii, Borrelia spielmanii, and Borrelia bavariensis) that cause Lyme disease. Recently, the number of reported cases of Lyme disease in the United States has increased from 25,000 to 30,000 per year. There is a bimodal age distribution with highest age incidences in children 5 to 9 years old and in adults 45 to 59 years old. Also, slightly more men than women are infected.[3] This organism was first identified in 1977 due to a geographic clustering of children in Lyme, Connecticut thought to have juvenile arthritis. Subsequently, B. burgdorferi was observed in the midgut tissues by Dr. Willy Burgdorfer and coworkers in endemic areas.[2]

Tick infection occurs when larval ticks feed on small rodents infected by B. burgdorferi. When ticks reach the nymphal stage, they feed on, infect a wide range of mammals, and perpetuate the infectious cycle. In the nymphal stage, infection is more likely to spread to humans due to: the small size of the nymphal tick, the ticks increased numbers, and increased seasonal human activity in woodland areas (late spring and summer). B. burgdorferi infects the skin after a tick attaches for at least 24 hours. From the skin, the spirochete spreads hematogenously or lymphatically to other organs. The human host mounts an adaptive and innate immune response resulting in macrophage, and antibody-mediated control and eradication of B. burgdorferi. Several weeks or months may pass before the host immune system gains control of the infection, which will occur despite the presence of antibiotics. If not treated, the spirochete can survive in localized recesses of the body for several years causing arthritis or neurologic sequelae.[2]

Lyme disease may present in one of 3 stages:

This stage presents days to weeks after a tick bite that many do not remember due to the small size of the nymphal tick. Erythema migrans initially appears as a small red papule or macule that enlarges to form an annular lesion. The lesion may or may not exhibit central clearing. This presentation is due to the outward spread of the spirochete through the skin tissues. Common locations for this rash include thigh, groin, and axilla.

This stage occurs months after infection by B. burgdorferi. At this point, sporadic episodes of arthritis affecting large joints (i.e. knees) can present and last weeks to months in a single joint. Chronic neurologic sequelae may occur as another manifestation of late-stage disease. A subtle encephalopathy affecting memory, mood, or sleep settles in months to years after the onset of infection.[4]

A detailed travel and recreation history should be obtained when considering B. burgdorferi infection. Special attention to specific endemic regions visited and outdoor activities are important when obtaining a thorough history. Also, a history should include inquiries about past insect bites or stings that could be misdiagnosed as cellulitis or abscesses. A history is not complete without a thorough physical exam. The physical exam should consist of a complete neurologic, cardiac, and integumentary evaluation. A detailed history and physical is pivotal to establishing a timely diagnosis.

Early diagnosis is primarily based on clinical suspicion as serologic testing has low sensitivity early on due to delay in immune response.[1] Serologic testing is usually positive in patients with early disseminated and late disease.[5] Enzyme-linked immunosorbent assay (ELISA) is one test utilized in serologic evaluations to identify B. burgdorferi antibodies, and confirmatory testing is performed by Western blot testing.[6] Serologic testing can be used as a diagnostic tool; however, this tool alone cannot be used to establish nor exclude a diagnosis of Lyme disease.[7]

For late Lyme disease with the complication of arthritis, treatment recommendations include 28 days of doxycycline, amoxicillin, or cefuroxime axetil.

Although most patients with Lyme arthritis respond well to antibiotic therapy, a small percentage in the northeastern United States have persistent (post-infectious, antibiotic-refractory) arthritis for months or even for several years after receiving oral and IV antibiotic therapy for 2 or 3 months. Late neurological manifestations should be treated with ceftriaxone (2 g once per day) for 2 to 4 weeks.[4]

The long-term prognosis for patients who are treated with antibiotics is excellent, regardless of symptoms or stage. No response to antibiotic therapy can best be explained by the probability that the patient was misdiagnosed with Lyme disease. Once treatment is started, the flu-like symptoms may persist for a few more weeks. Symptom persistence does not mean that treatment has to be repeated.[3]

Post-Lyme disease syndrome and chronic Lyme disease are areas of uncertainty due to fluctuating definitions and lack of research on incidence, prevalence, and pathogenesis. Post-Lyme disease syndrome is tentatively defined by the Infectious Disease Society of America (IDSA) as “a term to describe patients who have had well-documented Lyme disease and who remain symptomatic for many months to years after completion of appropriate antibiotic therapy.” IDSA’s recommendations have inclusion criteria to elucidate this syndrome further. These criteria include the onset of any of the following symptoms within 6 months of definitively diagnosed Lyme disease and persistence of symptoms for 6 months after completion of appropriate antibiotic therapy:

With reported Lyme disease cases on the rise, it is important to make a timely and correct diagnosis to avoid complications of Lyme disease (meningitis, encephalopathy, and atrioventricular block). To ensure rapid diagnosis and improved outcomes all facets of a healthcare team must work seamlessly together. This healthcare team involves the primary care physician, nurses, pharmacy, hospitals, consultants, and health departments (Level V). The primary care physician has a central role in effecting Lyme disease outcomes by being familiar with clinical manifestations of the disease, educating their patient population on prevention, and diligently reporting new cases. Pharmacists ensure that appropriate antibiotic selection is made as well as appropriate dosages. Consultants are pivotal when there are atypical presentations of Lyme Disease. The health department can impact outcomes by increasing public awareness and implementing intervention programs. Overall, outcomes for Lyme disease are excellent, and with an interprofessional approach, outcomes will be exceptional. (Level V) 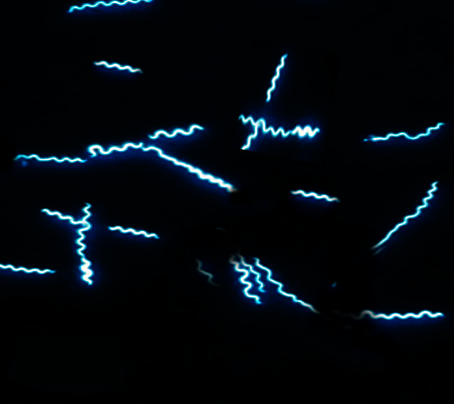 From the Centers for Disease Control and Prevention. Recommendations for test performance and interpretation from the Second National Conference on Serologic Diagnosis of Lyme Disease. JAMA. 1995 Sep 27     [PubMed PMID: 7674514]