Bone marrow failure (BMF) refers to the decreased production of one or more major hematopoietic lineages, which leads to diminished or absent hematopoietic precursors in the bone marrow and attendant cytopenias. It can be divided into two categories: acquired and inherited. This activity will review the inherited forms in greater detail while briefly mentioning the acquired forms (covered more thoroughly under each specific topic).

Inherited bone marrow failure (IBMF) is bone marrow failure that occurs from germline mutations passed down from parents or arising de novo. In addition to symptoms associated with aplastic anemia, such as fatigue, hemorrhage, and recurrent bacterial infections, patients often have extra-marrow features unique to each syndrome.

Many steps occur for the development of inherited bone marrow failure syndromes. There are critical points in hematopoietic lineage pathways. The highly penetrating, specific mutant alleles isolated are of genes that directly affect cell survival and function (routes essential for normal hematopoiesis), in addition to other genetic modifying processes such as cytokine signaling hyperactivity isolated in the pathogenesis of acquired autoimmune aplastic anemia. Lineages most affected are those with frequent division (hematopoietic, gastrointestinal, and integumentary cells), providing the basis behind marrow and extra-marrow pathology observed in inherited bone marrow failure syndromes.

Fanconi anemia involves genomic instability due to mutations in genes coding for DNA damage repair proteins. DNA repair proteins are not oncogenic; however, DNA repair is important in maintaining the integrity of the genome, and any abnormalities allow mutations in other genes during the process of normal cell division. Fanconi anemia is part of a group of autosomal recessive disorders characterized by hypersensitivity to other DNA damaging agents (others include Bloom syndrome and ataxia-telangiectasia, both of which are sensitive to ionizing radiation). Of the 13 genes that make up the  Fanconi anemia complex, FANC is the most common mutation. A subset of patients has BRCA2 mutations (FANCD1, FANCG, FANCJ, FANCP), associated with an increased risk of breast and ovarian cancer. These proteins are responsible for DNA damage repair via homologous recombination of intrastrand and interstrand DNA crosslinks due to chemical crosslinking agents. When these genes are mutated, crosslinks remain unrepaired, and when they are exposed upon strand separation during cell replication, the chromosomes break. These exposed ends lead to the activation of salvage nonhomologous end-joining pathways, bridge-fusion-breakage cycles, and massive aneuploidy. Some proteins also participate in the stem cell survival pathway in a direct or indirect manner, further influencing cell survival.[7][1]

Dyskeratosis congenita has mutations in genes responsible for encoding proteins and RNAs involved in telomere maintenance (DKC1, TERC, TERT, NOLA2, NOLA3, WRAP53). These are only half of the genes found in patients. Other less commonly inherited bone marrow failure syndromes and 5% to 10% of adult-onset aplastic anemia have mutated telomerase enzymes. Telomerase is involved in cell replication; defects in telomerase result in short telomeres, leading to premature hematopoietic stem cell exhaustion and marrow aplasia. Moreover, short telomeres are present in half of all patients with aplastic anemia due to a combination of mutated telomerase or excessive stem cell replication.[2]

Congenital amegakaryocytic thrombocytopenia is not associated with chromosome fragility; however, mutations in MPL (myeloproliferative leukemia virus) oncogene leads to thrombocytopenia from absent or reduced megakaryocytes in the bone marrow. MPL is responsible for coding thrombopoietin receptor c-MPL, a regulator of megakaryocytopoiesis and platelet production.[6]

Blackfan-Diamond anemia includes mutations in gene families RPL and RPS. They are responsible for ribosomal proteins involved in ribosome biogenesis. Similar to those in dyskeratosis congenita, they account for only half of the genes found in patients.[3]

Reticular dysgenesis is one of the rarest and most severe forms of severe common immunodeficiency (SCID) and occurs from a mutation in mitochondrial adenylate kinase 2 (AK2). Patients develop profound leukopenia, especially neutropenia.[8]

Bone marrow biopsy from patients with inherited bone marrow failure syndromes who have aplastic anemia will be markedly hypocellular. Fat and fibrotic stroma fill up the remaining marrow space (see image). Any residual hematopoietic cells are predominantly lymphocytes. There may be dysplastic features such as hyponucleated small megakaryocytes, multinucleated red cells, or hypolobulated or hypogranular myeloid cells, none of which are malignant. Some inherited bone marrow failure syndromes affect only one lineage (other lines are well-represented and functional).

Common symptoms of inherited bone marrow failure syndromes are related to aplastic anemia. They include fatigue and pallor due to anemia, hemorrhage secondary to thrombocytopenia, and fevers, mucosal ulcerations, and bacterial infections from neutropenia. Many patients have extra-marrow features specific to each syndrome; however, clinicians cannot rely on the absence of such findings to exclude inherited bone marrow failure syndromes because many patients do not have them.

Fanconi anemia presents in children more often than adults. Patients will have:

Dyskeratosis congenita also presents in children more often than adults. While dyskeratosis congenita shares many features with Fanconi anemia (short stature, low birth weight, hypogonadism, and histories of premature malignancies including MDS/AML and SCC), it has the following differences:

The screening test for dyskeratosis congenita is a quantitative analysis of lymphocytic telomere length using flow fluorescence in situ hybridization (FISH). Because it is similar to FA, simultaneously test for chromosomal fragility. Confirm with gene sequencing.[2]

Dyskeratosis congenita and Shwachman-Diamond syndrome individuals suffer excess post-transplant morbidity and mortality, including severe pulmonary and hepatic toxicity. Nonmyeloablative regimens including fludarabine are preferred, though data is sparse. Before the transplant, clinicians must not overlook the diagnosis of inherited bone marrow failure syndromes in siblings who have HLA-matches because the recipient will die. The hematopoietic stem cell transplant will provide no benefit, and the conditioning regimen will be too toxic. Therefore, screen all first-degree relatives of patients with inherited bone marrow failure syndromes upon diagnosis and refer them for genetic counseling as needed.[2][3]

The exception to treatment is DBA. It is more tolerant of standard conventional treatment and more apt to respond to glucocorticoid treatment (up to 80% of patients). Start with 2 mg/kg/day, then taper after hemoglobin reaches 10 mg/dL and reduce to every other day or discontinue altogether (15% of patients will remain disease-free off steroids).

Supportive care includes infection prophylaxis/treatment and transfusions (leukoreduced red blood cells for Hb less than 7 mg/dL or platelets less than 10,000/microliter or less than 50,000/microliter for active blood loss). Avoid blood products from family members because the risk of alloimmunization increases. Monitor for secondary hemochromatosis and, if needed, administer iron chelators. It is not recommended to use growth factors such as erythropoietin or granulocyte colony-stimulating factors because there are not enough precursor cells to generate satisfactory responses.

For patients wishing to have children, in vitro fertilization is successful and transplanted cord blood from unaffected offspring shows promise in the treatment of Fanconi anemia.[2]

Survival in IBMFSs depends largely on the age at the time of transplant, disease severity, and response to initial therapy. 10-year survival rates for HSCT are 83%, 73%, 68%, and 51% in the 1, 2, 3, and 5 decades, respectively.[10] 3-year survival in FA is 85% with sibling-matched donors and 50% with unmatched donors using fludarabine nonmyeloablative conditioning regimens.[11] Survival to 40 years in BDA patients approaches 100% patients in remission following steroids, 75% in remission with ongoing steroid use, and 50% with the residual disease despite steroid use. Their 3-year survival is 80% with sibling-matched donors and 20-30% with unrelated matched donors.[3]

Because HSCT only treats marrow disease, patients with IBMFSs are still susceptible to early-onset SCC. Secondary malignancies and complications from pancytopenia (hemorrhage and infections) are the most common causes of death in this population.

The most common complications of inherited bone marrow failure include bleeding, infections, malignancies such as squamous cell carcinoma, and lymphoproliferative disorders. Monitor via surveillance and treat symptomatically with antibiotics, chemotherapy, and/or transfusions.

Inherited bone marrow failure is a spectrum of conditions in which the body cannot make blood cells responsible for infection control, injury repair, and oxygen transport. The diseases run in families but may occur de novo. Patients may also have abnormalities in other organs such as their skeleton and present early in life. Diagnose via history, physical exam, and laboratory testing. Treatment includes bone marrow transplants and additional medications that suppress the immune system and provide blood products to the body. Complications are bleeding, cancers or infections. Inform physicians of any changes.

Survival in inherited bone marrow failure syndromes depends largely on the age at the time of transplant, disease severity, and response to initial therapy. Ten-year survival rates for HSCT are 83%, 73%, 68%, and 51% in the first, second, third, and fifth decades, respectively. Three-year survival in Fanconi anemia is 85% with sibling-matched donors and 50% with unmatched donors using fludarabine nonmyeloablative conditioning regimens. Survival to 40 years in Blackfan-Diamond anemia patients approaches 100% patients in remission following steroids, 75% in remission with ongoing steroid use, and 50% with residual disease despite steroid use. Their 3-year survival is 80% with sibling-matched donors and 20 to 30% with unrelated matched donors.

Because HSCT only treats marrow disease, patients with inherited bone marrow failure syndromes are still susceptible to early-onset SCC. Secondary malignancies and complications from pancytopenia (hemorrhage and infections) are the most common causes of death in this population.

Bone marrow failure may be acquired or inherited; in both cases, the disorder carries very high morbidity and mortality. The disorder is best managed by an interprofessional team that includes an internist, hematologist, oncologist, infectious disease expert, pathologist, laboratory specialist, and internist. These patients are usually monitored by nurses for infections and bleeding. In the long run, the patients are also prone to secondary malignancies. The prognosis depends on the cause of the bone marrow failure. [Level 5] 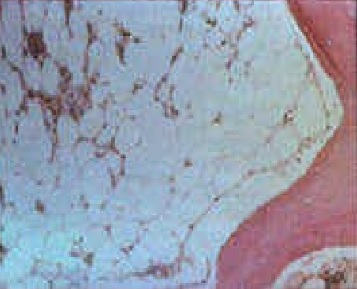