The atrioventricular (AV) node is a small structure in the heart, located in the Koch triangle,[1] near the coronary sinus on the interatrial septum. In a right-dominant heart, the atrioventricular node is supplied by the right coronary artery. The purpose of this structure is to connect the electrical systems of the atria and the ventricles, providing electrical impedance from the atria and an intrinsic pacemaker in its absence. The intrinsic rate of the AV node is 40 to 60 beats per minute (bpm).

The AV node can hinder electrical conduction, causing a pathologic state. In heart block, a 2-degree heart block is specifically related to the AV node.[2] The first type, Mobitz I or Wenckebach heart block, is when the AV node becomes increasingly refractory to impulses, resulting in a dropped beat.[3] This phenomenon is preceded by increasing PR intervals, giving a characteristic electrocardiogram (EKG) finding.

Though similar by name, the cause of Mobitz I is distinctly different from Mobitz II. In Mobitz II, a lesion within the His-Purkinje system causes dropped beats.[4] The EKG finding is distinct through the presentation of dropped beats without an increasing PR interval. This rhythm can easily lead to a complete heart block.

Primary tumors of the cardiac system are rare. Cystic tumors of the AV nodal region (CTAVN) is an example for which only about 70 cases have been identified.[5] The tumor grows at the base of the interatrial septum and can disrupt the electrical conduction pathway, leading to sudden cardiac death.[6] Terminal events may be preceded by syncopal episodes and identified as heart block on an EKG.

Understanding the anatomy and function of the AV node is crucial for understanding pathologic conditions that may present in the clinical setting.

A junctional escape beat originates in the AV node when impulses from pacemakers upstream are not enough to overtake the AV node's intrinsic activity. Due to this bradycardia, an ectopic beat is generated in the AV node, which then conducts downstream along the normal pathway, causing synchronized ventricular depolarization. This condition can be provoked due to excessive vagal tone, pathologies associated with the SA node, or in the setting of heart block. Classic EKG findings include pulse rates of 40 to 60 bpm, regular rhythm, and a narrow QRS complex. Additionally, inverted P-waves may be present, though they can be hidden within the QRS complex. This is due to retrograde conduction to the atria from the AV node generated impulse.

In or near the AV node, fast and slow pathways conduct electrical activity similar to a healthy AV node. In typical AVNRT, the P wave is conducted through the fast pathway, anterograde towards the ventricles; the signal is then conducted through the slow pathway, retrograde back to the atria. This can be seen on EKG as a P wave after the QRS complex. Multiple atypical AVNRT variations exist, depending on the pathway configurations. Ablation therapy may resolve AVNRT.[8]

Junctional ectopic tachycardia is a rare condition typically seen in newborns and post-cardiac surgery.[9][10] In JET, there is a short circuit through the AV node, which bypasses the normal gatekeeper function. Consequently, impulses generated by the atria can be conducted to the ventricles without impedance, up to a 1 to 1 ratio. JET can be distinguished from AVNRT using adenosine; in JET, the tachycardia will continue without AV dissociation; however, in AVNRT, adenosine should terminate the arrhythmia.

Wolff–Parkinson–White syndrome is a pathologic state of cardiac electrical conducting system, insomuch as it averts the AV node. An accessory or extra pathway, known as the Bundle of Kent, allows impulses from the sinoatrial (SA) node to bypass the AV node and cause excitation of the ventricles.[11] Without the gatekeeping function of the AV node, the ventricles can conduct up to the rate of the atrium, which is particularly dangerous in SVTs. Wolff–Parkinson–White syndrome can be differentiated from AVNRT and JET as the accessory pathway is outside of the AV node. On EKG, WPW can be identified through the characteristic delta wave.[12]

Identification of an AV nodal pathology is crucial to the diagnosis and management of potentially fatal syndrome from nonspecific symptoms. Often the presentation of these potentially fatal syndromes is with apparently benign symptoms such as palpitations. In some cases, patients may present with syncope as well. However, upon evaluation, the EKG may only have subtle signs of disease which require astute observation and a high index of suspicion. Thus, an interprofessional team, including physicians, electrophysiological, and telemetry trained nurses, are required in the care of these patients. Each member of the interprofessional team plays an important role in diagnosing these patients in a timely manner. When clinical suspicion is high, cardiac specialists should be consulted for evaluation and consideration of diagnostic or therapeutic procedures. A collaborative interprofessional team can greatly improve outcomes in patients with AV nodal disease and arrhythmias. 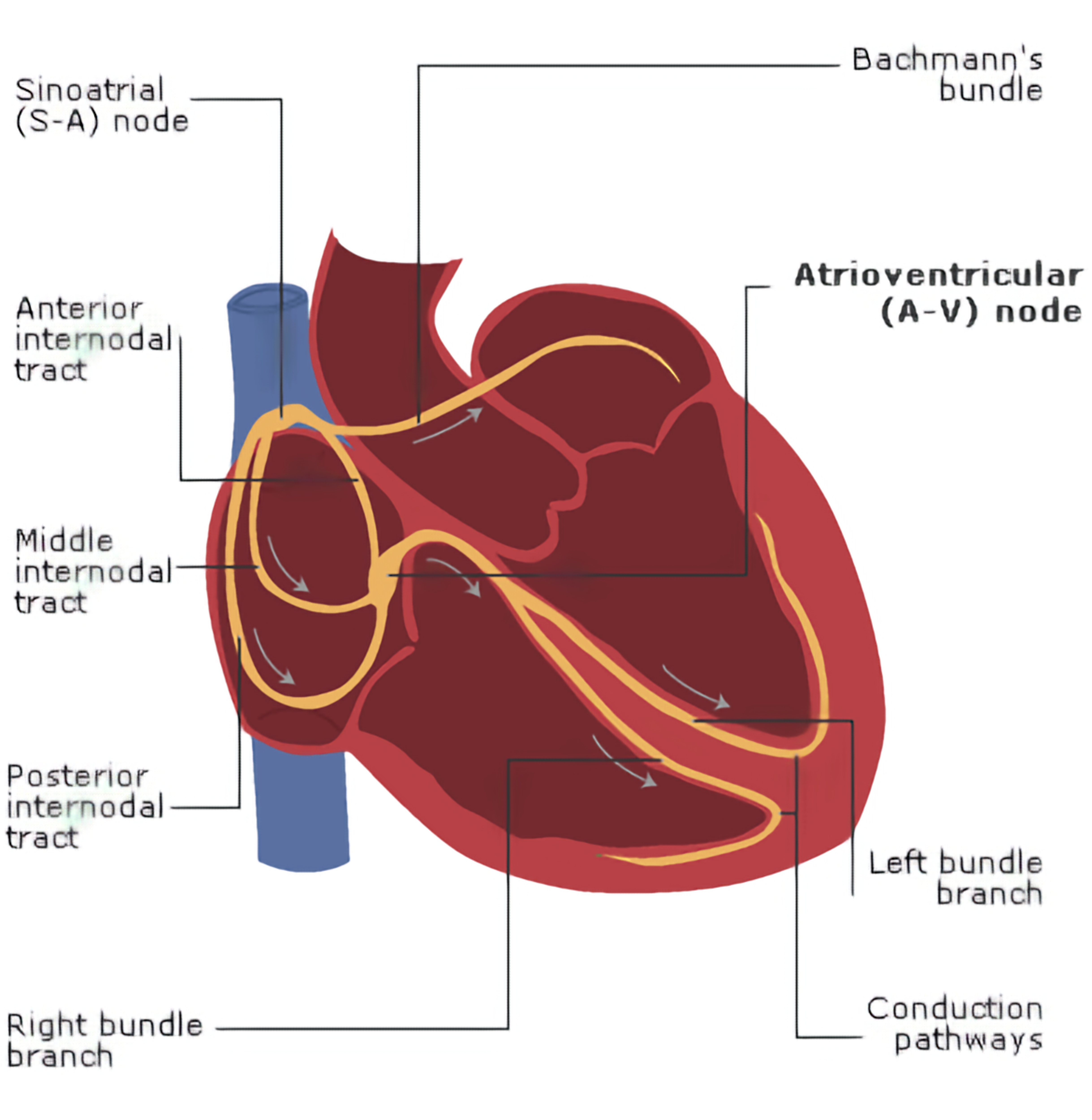 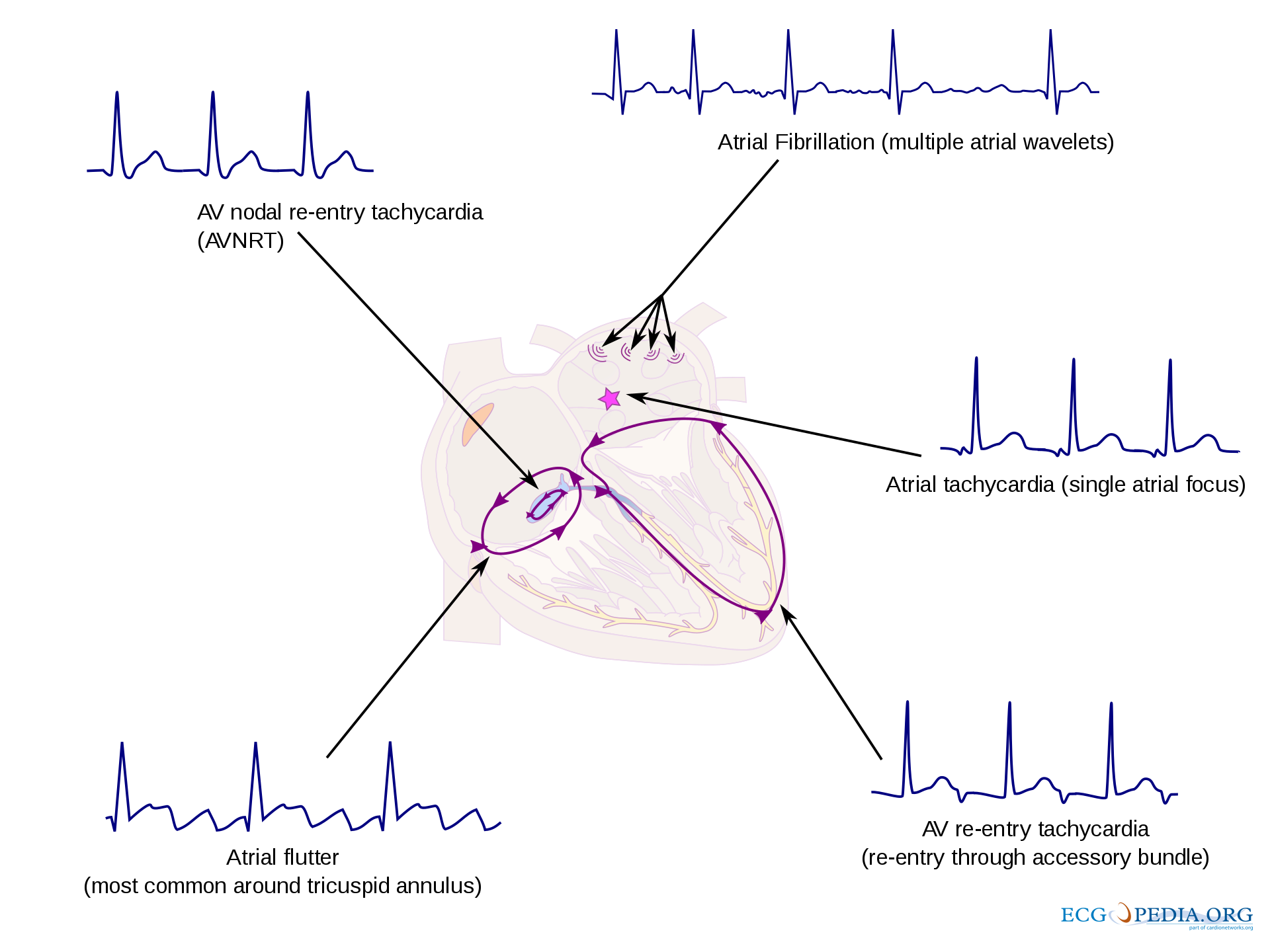