This vertebra is known as the C2 vertebra and possesses a characteristic feature called the dens or odontoid process. This structure is on the vertebrae's anterior portion and extends superiorly, articulating with the axis above. Other features of the axis are the superior articular facets, bifid spinous process, and bilateral transverse foramina.[2]

As the notochord involutes and somites evolve into their mature forms as vertebrae at primary ossification centers. The normal development of the cervical spine in embryogenesis includes the following steps: gastrulation and somatic mesodermal formation, condensation of mesoderm into somites, dermomyotome and sclerotome reorganization, segmentation of somites, chondrification, and ossification of the vertebrae. The axis contains one ossification center for the vertebral body, two for both neural arches, and one for the dens.

Os odontoideum - a controversial congenital or traumatic variation of the dens where the superior margin of a hypoplastic den contains an ossific density. It is usually seen in the early development of the spine as in children and can be classified as orthotopic or dystopic.[7][8]

This nonsurgical approach carries a lesser risk of nonunion if the patient is younger than 50 years of age at injury, has minimal dens displacement, and has no comminution. This technique can be achieved using a halo vest immobilizer (HVI), which functions to provide an extremely rigid external support for the immobilization of the upper cervical spine, including the atlantoaxial joint. It restricts C1-C2 joint flexion by 75%.[12] 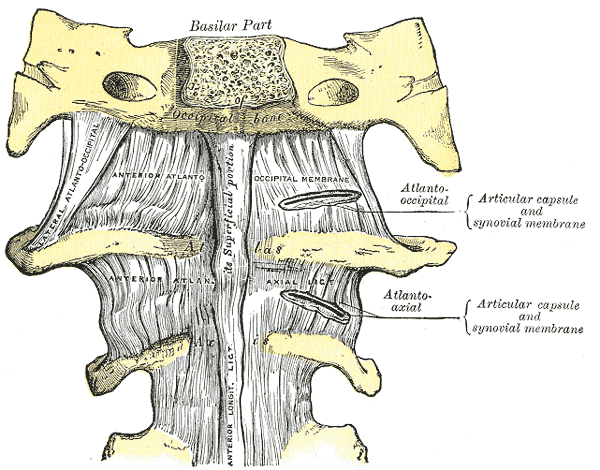 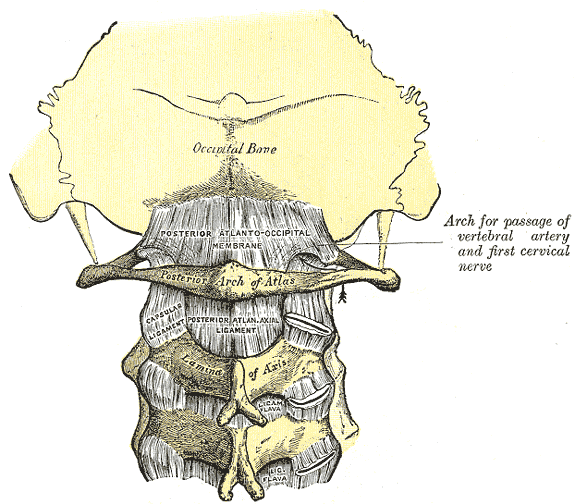 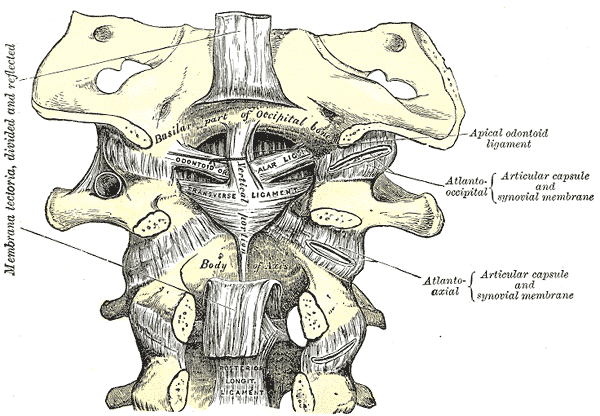 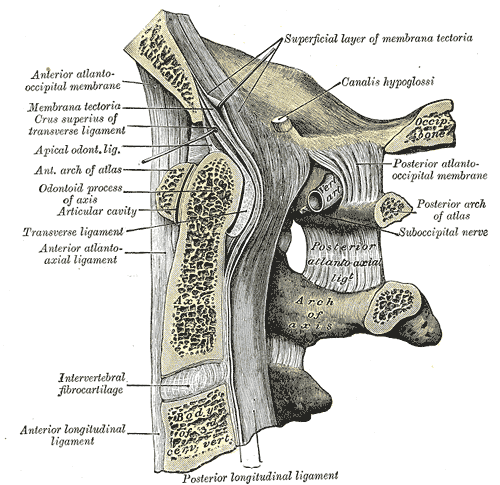