These bones are often formed in response to added strain to muscles and tendons but can also be normal variants, most commonly present in hand.[3][4] Sesamoid bones relieve tension within muscles and tendons, allowing for increased weight-bearing and tolerance by redistributing forces throughout a muscle or tendon, thereby protecting them from significant strain and injury. While most sesamoid bones are small, these bones play a critical role in our body in leverage, decreasing overall friction and allowing for our body's unique biomechanics and distinct range of motion.

The body contains many sesamoid bones, often offering an added strength advantage to t­­he muscles and supporting tendon stability. For example, the patella allows for increased joint leverage and contributes to our knee's extensor properties. This unique mechanism allows for the knee's range of motion and increased weight-bearing activities. Injuries to the patella greatly reduce its leverage and extensor capabilities; these injuries commonly result from trauma and increased tension.[5]

Sesamoid bones can be divided into two broad categories based on their positioning and attachment. Bony surfaces are surrounded by cartilage and incorporated within the cavity, forming the synovium. Together a sesamoid bone and its relation to other tendons form a joint. Type A sesamoid bones are located adjacent to a joint, becoming an overall part of the joint capsule. Common examples of this type include the hallucis and pollicis sesamoids along with the patella, allowing for increased leverage. Type B sesamoid bones overlie a bony prominence and are separated by an underlying bursa. An example of a Type B sesamoid bone includes the sesamoid of the peroneus longus tendon.[6] Both these types of sesamoid bones serve unique functions and biomechanical properties. Another type of sesamoid bone that also exists is fibrocartilaginous sesamoids. These type of sesamoids allows maintenance of tendon structure and provide immense flexibility from the fibrous component and elasticity via the cartilage tissue.[7][8]

In the lower extremities, the patella is found in the knee and is the largest sesamoid bone. Other lower limb sesamoids that can be found as normal variants in humans include the fabella (often near the lateral head of the gastrocnemius), cyamella (within the popliteus tendon), os peroneum (located within the peroneus longus tendon), and the hallux sesamoid pair (one on the medial and on the lateral side of the first metatarsal bone of the foot). Another sesamoid bone that exists within the ear is the lenticular process of the incus that is often known as the fourth ossicle of the middle ear.

The patella is unique in its relatively larger size and stable presence in humans compared to other sesamoid bones. Development of the patella starts during the first trimester of gestation after the chondrification of the femur and tibia, with the early patella visible as a continuous band of fibrous tissue. As the patella develops inside the band of fibrous tissue, the embryological patella becomes chondrified and inserts into the quadriceps by the 9th week of gestation.[11]

As the embryo reaches 14 weeks of gestation, the patella is completely cartilaginous and resembles the adult patella structure by 23 weeks gestation. The patella continues its rapid growth rate until the end of the 2nd trimester, and then it grows at a similar rate as the rest of the growing fetus.[12] Like other sesamoid bones, ossification begins in the patella during childhood and into early adolescence. During the pubertal years, the patella becomes confluent with the quadriceps, stabilizing into the adult patella.[13]

However, the patella is an exception due to its significance, size, and consistent function in the human body. Its early development during gestation and critical role in supporting the lower extremity requires a rich blood supply. An extensive extraosseous and intraosseous network of blood vessels nourishes the patella.[14] A vascular anastomotic ring surrounds the patella with contributions from the genicular arteries (superior medial, lateral, descending, inferior medial, lateral, and anterior genicular) and the anterior tibial recurrent arteries together forming the extraosseous network of blood supply. The intraosseous blood supply comprises two systems: the mid-patellar vessels, which enter the anterior surface, and the polar vessels, which enter the deep surface of the patella. Together the extraosseous and intraosseous vasculature ensure the rich blood supply of the patella.[15]

While the patella is unique amongst sesamoid bones, others like the hallux sesamoids can present with a varied blood supply. A study of 29 dissected human feet was analyzed, showing the medial plantar artery branching into the digital plantar arteries of the hallux before giving rise to the sesamoid arteries. The study concluded that the number of sesamoid arteries to the bone increased with increasing sesamoid bone size between different-sized feet.[16] This variation in anatomy proves critical in evaluating anomalies between different people and further understanding potential avascular necrosis in sesamoid bones.

A sesamoid bone's innervation depends on its anatomical location. For example, the patella has an extensive innervation, with different nerves accounting for the anterior, medial, and lateral aspects of the knee. Nerve roots L2 through L5 innervate the cutaneous portion of the anterior knee. Meanwhile, the nerve supply of the anteromedial aspect of the knee includes the genitofemoral, femoral, obturator, and saphenous nerves. The anterolateral aspect of the knee receives innervated from the lateral femoral and lateral sural cutaneous nerves.[17] Together these nerves provide an extensive network of innervation to the patella for its unique biomechanical function.

Others sesamoid bones like the hallux sesamoid receive their innervation from the plantar digital nerves. The proximity of nerves to sesamoid bones can create clinical complications. The pisiform is unique in that it also forms the Guyon canal, allowing the ulnar nerve to course through. Any fracture to the pisiform bone is associated with ulnar nerve compression and complications.[18] Similarly, a case of os peroneum fracture has been shown to cause sural nerve entrapment.[19]

The presence of the fabella bone near the gastrocnemius can lead to the common fibular nerve palsy, requiring a potential fabellectomy if symptoms persist despite conservative management.[20] Other sesamoid bones like the cyamella exist as rare cases, and their innervation has yet to be fully explored.

Whereas bones are normally connected at joints, sesamoid bones are unique because they are not connected to other bones. They are found within muscles and are often connected through tendons. The patella's function and relation to the other muscles have been well studied and form the basis of discussion of sesamoid bones with muscle groups.

The patella's unique position in the lower extremities allows it to act as a pivot point, allowing the quadriceps to bear increased loads with decreased friction.[21] Serving as a unique connection between the quadriceps tendon and the patellar ligament, the patella allows for flexion to the extension of the lower extremities. The quadriceps tendon can bear increased maximal forces many times the bodyweight of an average human. This flexed position requires more of the linking function. As the knee continues to proceed from flexion to extension, the patella allows a shift of load-bearing to the patellofemoral and tendo-femoral connections.[22] Proceeding to full extension of the knee, the patella exists as the only extensor to contact the femur, creating a biomechanical advantage similar to a pulley.[23]

The important connection between the quadriceps tendon and the patellar ligament via the patella allows for the knee's extensive and distinct range of motion by transferring forces. However, not all sesamoid bones serve this unique purpose. The fabella bone, a common sesamoid bone variant near the gastrocnemius and articulating with the lateral femoral epicondyle, often presents with complications like the fabella pain syndrome.[20]

Sesamoid bones are common in humans, with some bones like the patella being present in everyone and vital to lower extremity function. The patella exists as an anomaly among sesamoid bones due to its consistent presence, size, and significance in humans. While the patella is present in all humans, it has been shown that it fails to develop entirely in paralyzed embryos due to a lack of mechanical stress, indicating the role that both genetics and concurrent biomechanical stress play in developing a sesamoid bone.

It is important to be aware of anatomical variations of sesamoid bones when performing surgeries. While surgeries involving the patella, such as total knee arthroplasty, are commonplace, medical imaging plays a critical role in the pre-operative evaluation, surgical technique, and postoperative follow-up.[25]

Special consideration should be taken to cut medial to the patella, reflecting the patella laterally to reach the patellofemoral joint. Similarly, surgeries involving the various ligaments of the knee also utilize imaging to visualize various structures within the knee. The patella remains the exception in the study of sesamoid bones due to its consistent presence and significance.

Sesamoid excision has been studied in athletes with a sesamoid bone injury and whether an athlete's ability was affected because of this. The study showed that about 80% of athletes who underwent a sesamoidectomy were able to return to sports by five months.[26]

Another commonly studied sesamoid surgery involves the hallux sesamoid. A successful union of a hallux sesamoid fracture is challenging, and a sesamoidectomy was explored for the potential to provide better outcomes. The study showed that sesamoidectomy provided better pain relief and allowed a return to normal activities within 12 weeks.[27] Often, avascular necrosis of the sesamoid can be managed medically, but ultimately a sesamoid excision results in complete relief of the pain and greater patient satisfaction.[28]

Whereas a sesamoid bone often posed no significant discomfort or pain, any fracture or injury to a sesamoid bone greatly benefited from excision instead of a union repair.

An unexpected sesamoid bone poses a unique challenge in surgeries involving that particular area if adequate imaging is not readily available in an emergent situation. Surgeons must be aware of potential anatomical variants and their interactions with the local anatomy if operating in an area with high suspicion of a sesamoid bone. Special consideration must be taken into account for an unexpected sesamoid bone if conventional surgical techniques and approaches do not allow it.

From its initial development during gestation to its day-to-day function within the body, sesamoid bones are clinically crucial in our everyday biomechanics and range of motion. Consistent, stable sesamoid bones like the patella allow our lower extremities to offload forces and for our ambulation and support greater weight. Without the patella, instability of the knee joint, reduced range of motion, and difficulty straightening the leg would be common problems. This adaptation has allowed humans to develop over many millennia.

While the patella remains a consistent example throughout the body, some adaptations of sesamoid bones have been shown in keyboard musicians.[29] The study showed that musicians tended to have a bigger sum of sesamoid bone volume within the hand and an unusually shaped sesamoid more prevalent in female musicians. A musician's repetitive use of their hands and the subsequent increase in the sesamoid bone volume show that the body constantly adapts to the various stressors that the body faces. Sesamoid bones play a crucial role in the body, allowing for everyday actions many take for granted. Studies continue to explore the many other sesamoid bones and their role in the human body. 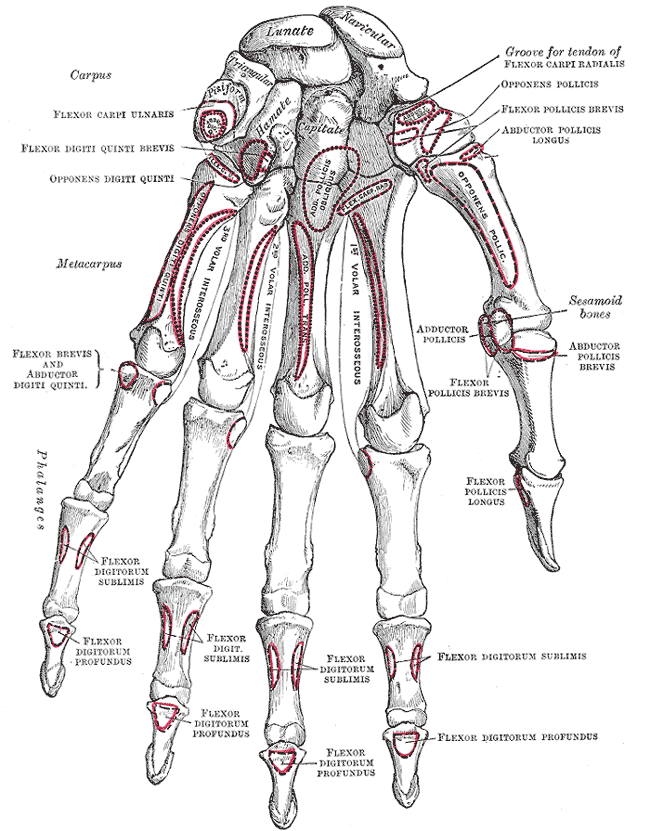 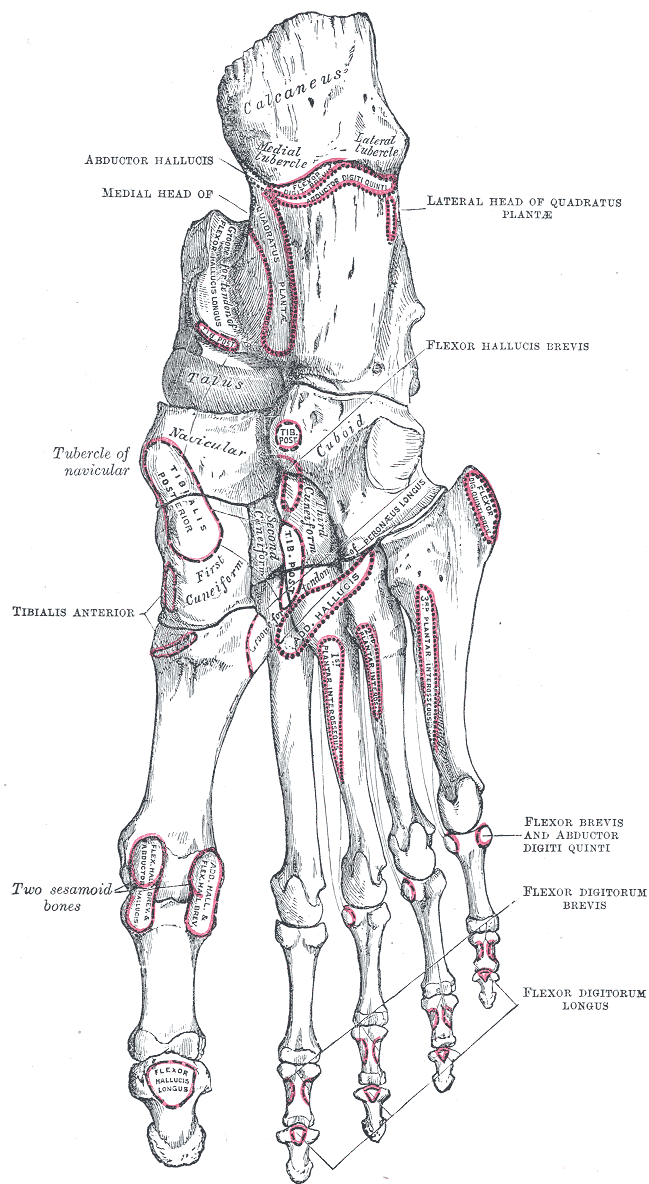 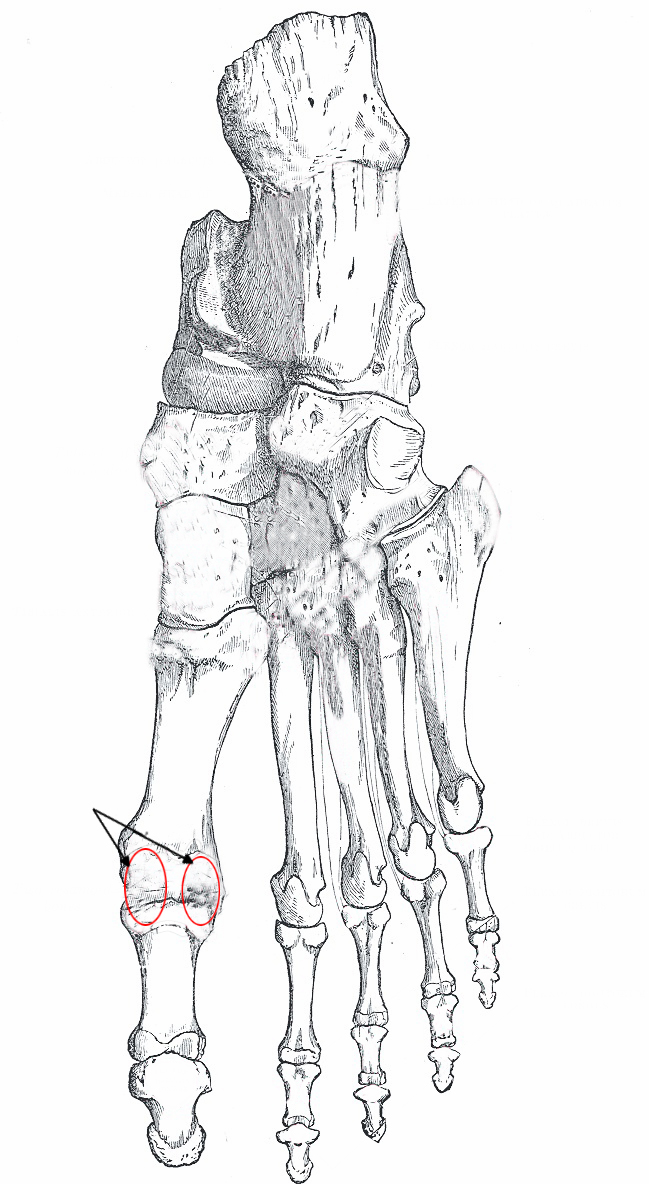 Pretterklieber ML,Wanivenhaus A, The arterial supply of the sesamoid bones of the hallux: the course and source of the nutrient arteries as an anatomical basis for surgical approaches to the great toe. Foot     [PubMed PMID: 1577338]

Wendt PP,Johnson RP, A study of quadriceps excursion, torque, and the effect of patellectomy on cadaver knees. The Journal of bone and joint surgery. American volume. 1985 Jun     [PubMed PMID: 3997925]