The development of sonography or medical ultrasound was built on the understanding and research of sound, which can be dated as far back as the 6th century. Specifically, sonography can be tied to as far back as the 1700s, an Italian physicist, Lazaro Spallanzani, who was researching the navigation of bats.[1] In the early 20th century, more applicable uses of ultrasound were studied by French physicist Paul Langevin who eventually laid the groundwork for SONOR (Sound Navigation and Ranging) as he was commissioned to investigate the sunken Titanic.

One of the first medical applications of ultrasound was by Ian Donald in the 1950s. As Ian Donald extrapolated ultrasound's ability to detect flaws and cracks in steel welds, he began to research and apply it to the field of obstetrics and gynecology as he published a fetus at 14 weeks gestational age in the prestigious academic journal, The Lancet.

To better understand ultrasound, a simple understanding of sinusoidal waves is useful. Wavelength (λ) is inversely proportional to frequency (f) and proportionate to the velocity (v), as depicted in the following equation.

Modern-day ultrasounds utilize piezoelectricity technology to convert electricity to sound waves and convert sound waves back into electricity through the use of lead zirconate titanate (PZT), which are human-made crystals (also called ceramic). The vibration occurs as these crystals are electrically stimulated, which produce longitudinal sound waves in the previously described frequency, thus producing ultrasound waves.[2]

PZT crystals are arranged in unique schematics within an ultrasound transducer (also known as a probe) to be clinically applied in a variety of situations. Further details on the variation of these transducers will be discussed later.

Similar to a rock being dropped into a still pond with the waves bouncing off the shore, the sound waves emitted by the transducer resonate and refract back to the transducer. When the ultrasound reverberates off tissue and returns, they induce vibration into the PZT crystals, converted back into an electric signal. The processing computer within the ultrasound machine then generates the signals into 2D (two dimensional) and, in more recent times, 3D (three dimensional) images.

The frequency (and inversely wavelength) of the sound waves produced can be modified to produce greater penetration through soft tissue by modifying the power or gain. The lower the frequency, the deeper or greater penetrance a sound wave has. Unfortunately, as more penetrance is obtained, the poorer the image quality typically is.

Lastly, some common terminology unique to the field of ultrasound will be discussed. Hyperechoic is defined by an object that is brighter than the surrounding tissue. Hypoechoic or anechoic is the opposite, by which an object is darker. Both of which are determined by the density of the object.

The linear transducer does not directly utilize every crystal, but each element is electrically stimulated or vibrated and subsequently excites adjacent crystals. Each crystal within the linear transducer is not given direct electrical stimulation. The advantage of the linear probe is a larger field of view and a higher superficial focus. Common clinical applications of this probe are within the soft tissue and more superficial structures. (Media #2)

Endocavity probes are one of the most unique in appearance. The wand-like shape and long neck allow sonographers to extend into orifices such as the oropharynx, rectum, or vagina (also called a transvaginal probe). Common clinical applications include surveillance of early pregnancies. Transabdominal imaging may not provide optimal imaging in smaller fetuses and diagnose and be used as a therapeutic tool in draining parapharyngeal abscesses. (Media #5)

Lastly, the curvilinear or curved-array transducer has a convex shape, where the two previously described transducers have a more linear shape. The curvilinear probe typically has the largest footprint of the three. Clinically this probe is utilized within the endocervical, intrauterine, or abdominal cavity. The image produced from the probe is “C” shaped, which is reflective of the probe’s shape. Superficial focus is poor, but the advantage is an overall wider field of view.[4] (Media #4)

With advances in ultrasonography, new research has brought products into the market that utilize a silicon chip in place of piezo crystals that have enhanced ultrasound machines' ability and access multiple images guiding care beyond PZT imaging.

To obtain ideal images when scanning human tissue, a sonographer must understand how to optimize its resolution. The following section will focus on the properties of ultrasound to achieve such images and the common artifacts produced from imperfections in both the tissue and the ultrasound that may cause major issues in the final images.

A sound wave penetrates deeper into a particular cavity; more interference is met. As such, the reverberant sound waves become weaker as they reflect towards the transducer. To optimize image quality, one must alter the gain. Altering the gain does not affect the sound wave impulse sent from the transducer but amplifies what is echoed back and received by the PZT crystals. If the produced image is still suboptimal despite optimizing the gain, the intensity or power of the sound wave emitting can be changed.

If the image produced is too dim, then the strength of the sound waves may be changed by altering the power. The greater the power of the sound waves, the deeper the waves typically penetrate. Power is measured in decibels (dB). As described above, by increasing the frequency of PZT crystals, a louder sound wave, one with greater power, will penetrate deeper, but at the cost of more artifacts in the resulting image.

Despite proper optimization, several errors or artifacts can occur in the production of images. In a perfect world, there are some assumptions used to make these images. These assumptions are that sound waves travel in a straight line and reflect in that same line, sound travels at 1,540 m/s and that the only source of sound waves production is the transducer; with any deviation from these assumptions, artifacts are produced.

When a sound wave encounters a medium such as air, which sound waves poorly pass through compared to water-based tissue, the artifact is known as a shadow is produced. This appears as a hypoechoic or anechoic area seen distal to the area of gas or air, which obscures any views within the shadow. Besides air, a common cause of shadowing is gallstones, for which the shadow can be diagnostic in identifying gallstones within a gallbladder (Media #1).

Comet tails typically have the appearance opposite of a shadow. A comet tail has a hyperechoic, or white, presentation. Common causes of this type of artifact are two closely approximated objects, like a mechanical heart valve. With two objects close together, there is reverberation, which produces the hyperechoic streak.

The last artifact to be discussed is a mirror image. The artificial mirror image is always produced in parallel with the sound beam emitted from an ultrasound transducer. Gas or air is a common culprit in the production of various artifacts, and when a smooth and flat pocket of gas interacts with sound waves, it reflects in the same manner as a common household mirror. Sonographers can utilize the mirror artifact and reflective surfaces to obtain views to their advantage.[5][6][7]

The clinical significance of sonography span across multiple medical specialties and fields. Equally important is the training and education surrounding ultrasound, as it is a heavily user-dependent skill and tool. A poor sonographer with the highest quality ultrasound can produce inadequate images. Competent training and experience are crucial. There are three regulatory organizations for sonographic certification; Cardiovascular Credentialing International, the American Registry of Radiologic Technologists, and the American Registry for Diagnostic Medical Sonography. Formal training takes 12-18 months and is combined with written and practical knowledge.[8]

As described above, the training to properly utilize medical ultrasound has many different pathways. Collectively, technicians, nursing staff, and clinicians benefit from the information obtained from sonography. The coordination subsequently increases patient care and eventual outcomes.

In summary, from the foundation of Lazaro Spallanzani’s research of sonography in bats to Ian Donald extrapolating its use from iron welds to the field of obstetrics, ultrasound is now an immediately available and safe diagnostic and therapeutic tool. The utility and applicability of ultrasound span across outpatient obstetrical offices to obtaining critical information within intensive care units. As technology develops, ultrasound machines are becoming smaller and more portable. The future of ultrasound utility continues to expand and will likely span across almost all medical specialties.

Just as Ian Donald saw the use of ultrasound in the field of obstetrics, many have followed and seen its utility in other medical fields: cardiology, vascular surgery, anesthesiology, pain medicine, radiology, general surgery, nephrology, ophthalmology, urology, emergency medicine, obstetrics, and gynecology.[3][10] Ultrasound is a quick, efficient, and safe diagnostic and therapeutic tool within the medical field. Team efforts can be taken to influence medical care and decision-making. 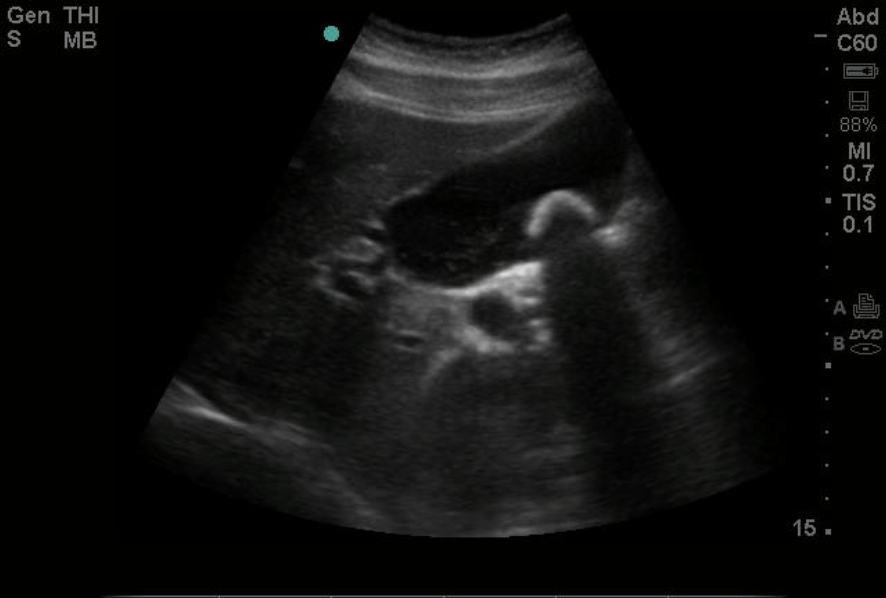 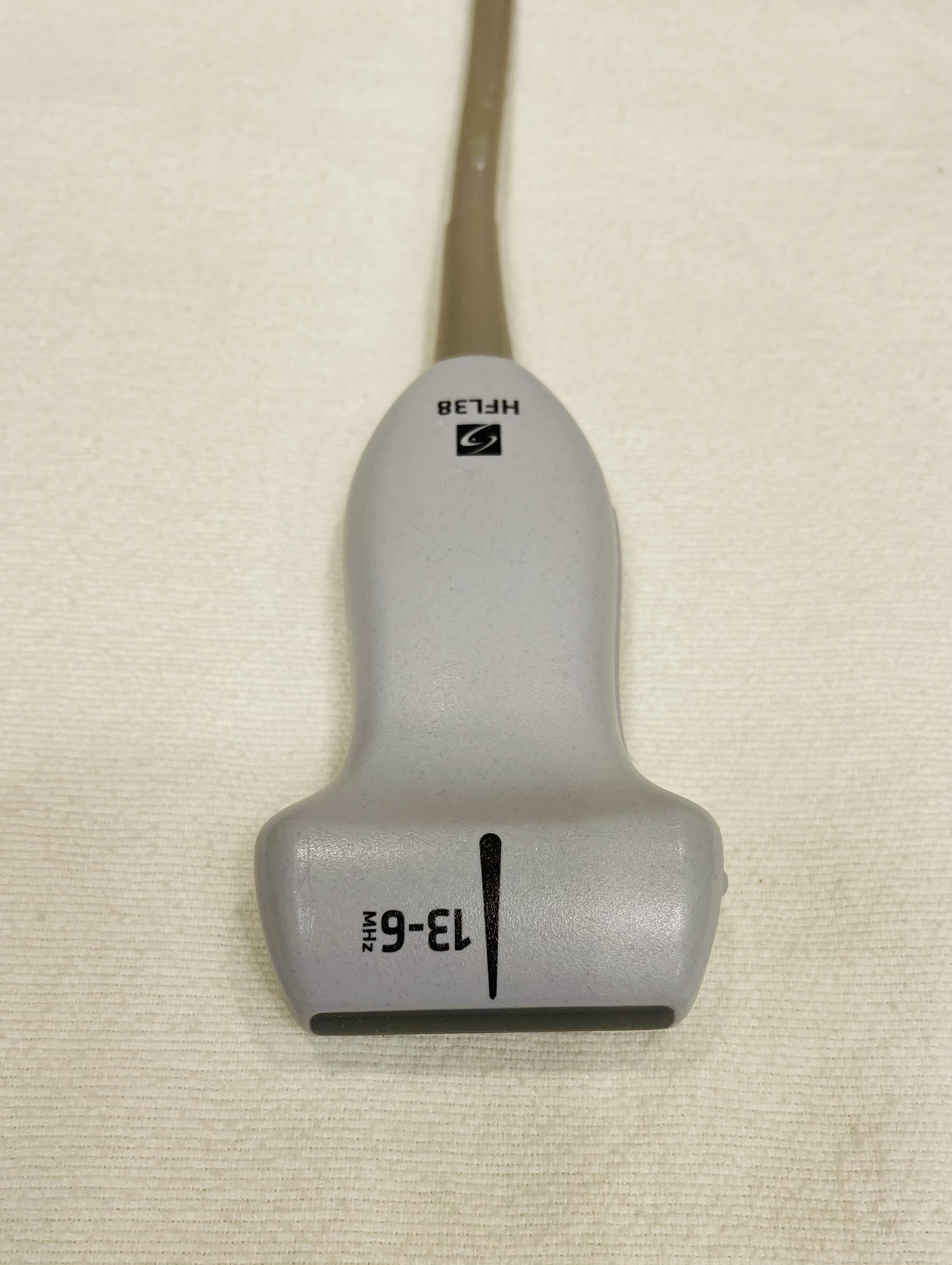 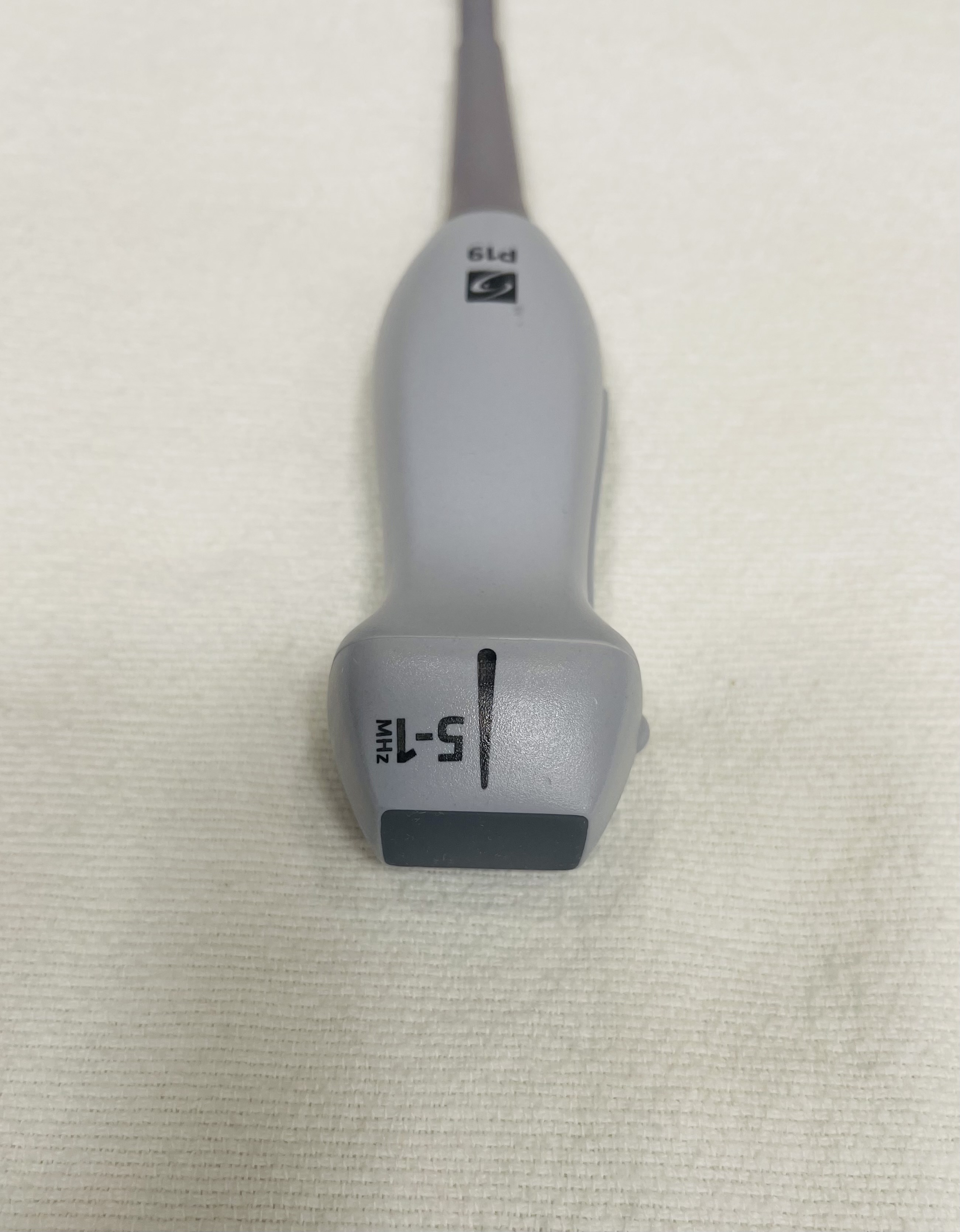 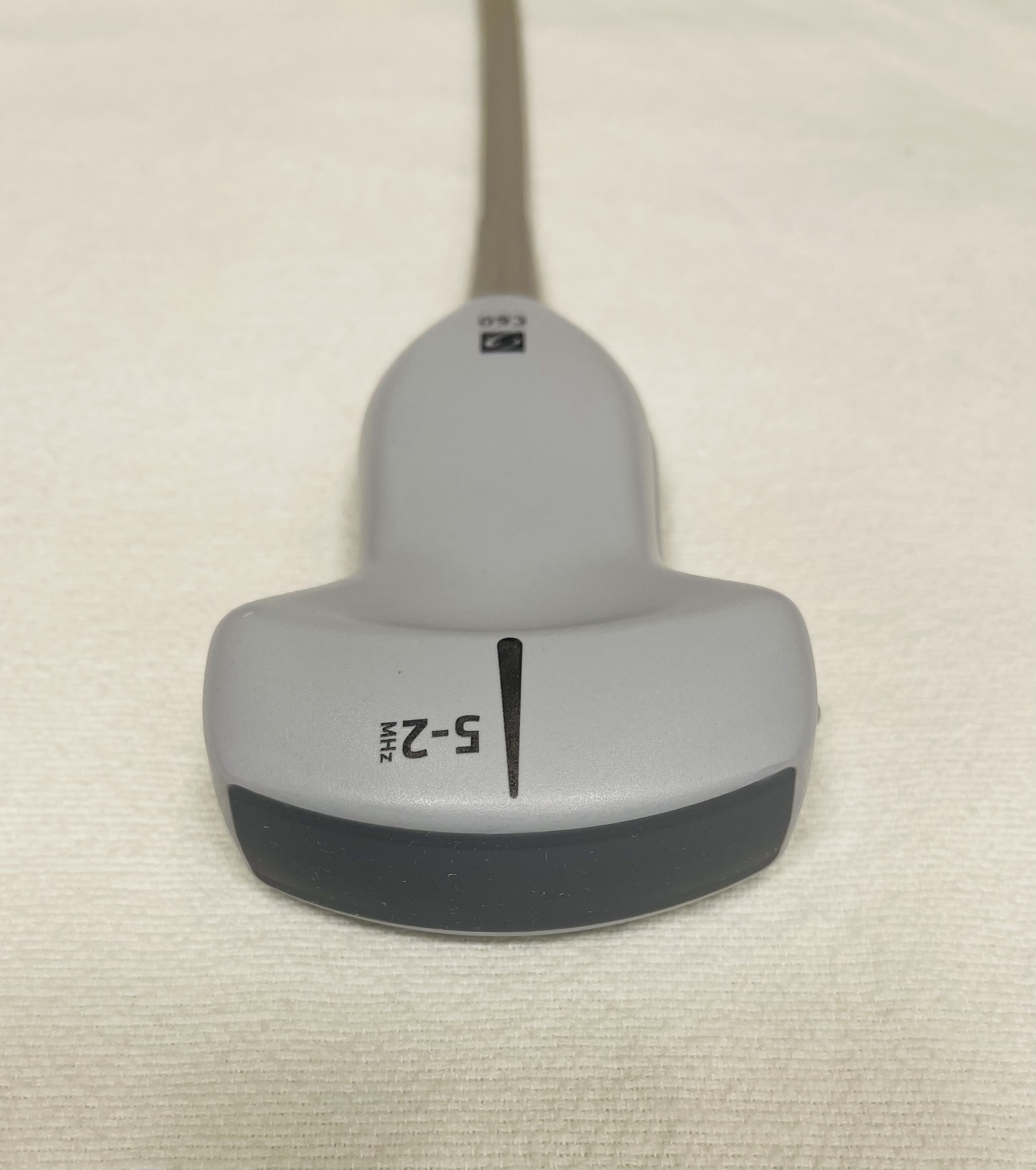 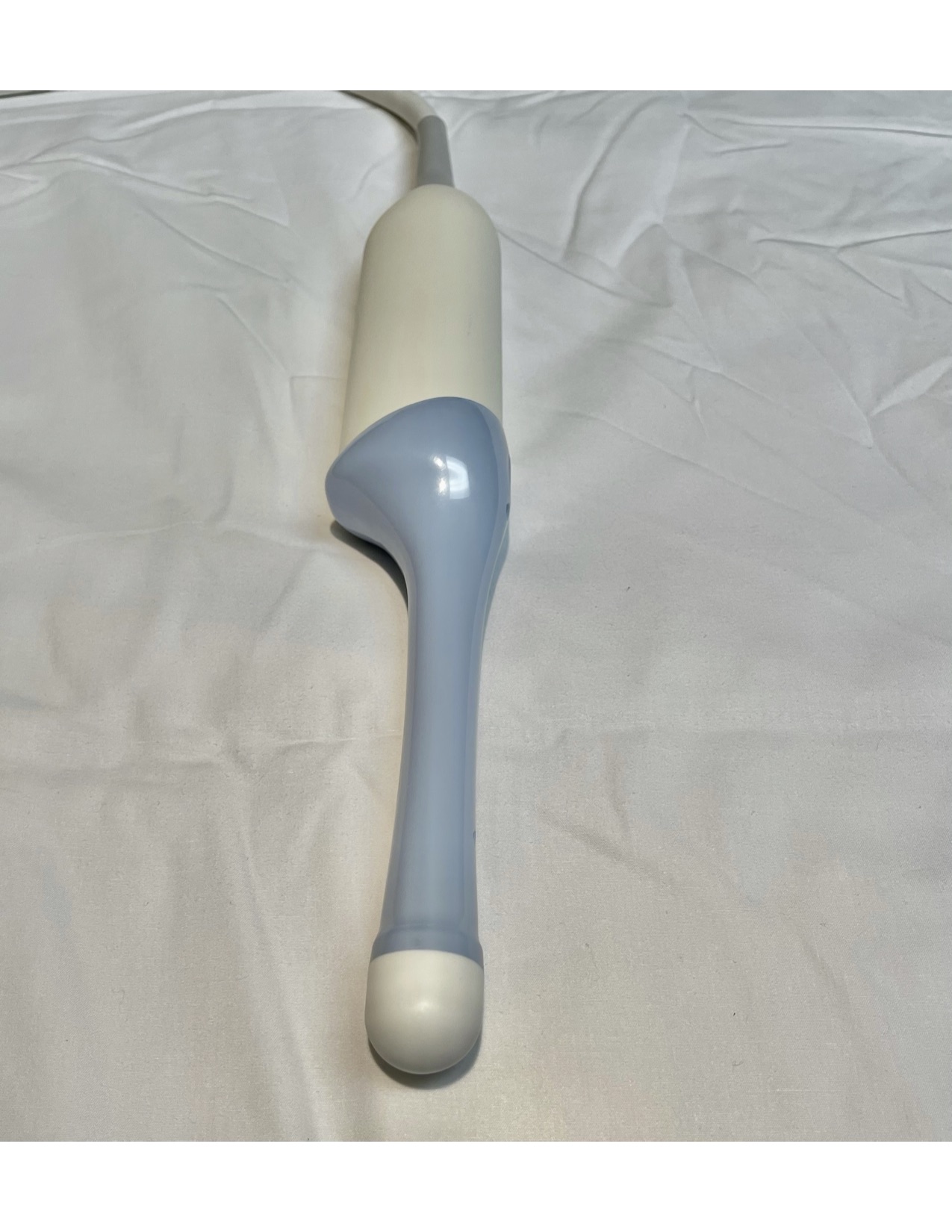 Guner NG,Yurumez Y,Yucel M,Alacam M,Guner ST,Ercan B, Effects of Point-of-care Ultrasonography on the Diagnostic Process of Patients Admitted to the Emergency Department with Chest Pain: A Randomised Controlled Trial. Journal of the College of Physicians and Surgeons--Pakistan : JCPSP. 2020 Dec;     [PubMed PMID: 33397050]