Muscle energy and counterstrain technique are two of the modalities used in a larger group of treatments known as osteopathic manipulative treatments (OMT). Often, before more advanced therapies or medications, more conservative measures can be taken to help treat disease processes. This activity reviews the evaluation and treatment of the piriformis muscle and highlights the role of the interprofessional team in evaluating and treating this condition.

The piriformis muscle is a flat and pyramid or pear-shaped muscle that is part of a larger group of muscles responsible for external or lateral rotation of the hip; gemellus superior, obturator internus, gemellus inferior, quadratus femoris, and obturator externus muscles.[5]

Muscle energy techniques (METs) were born from the American Fred Mitchell in 1974. These techniques are a manipulative diagnosis and treatment methodology in which the patient's muscles are the active, intrinsic part. Everything is performed with precise and controlled positions, with directions that follow certain axes and against a specific resistance, more or less intense, by the operator. There are nerve reflexes that regulate the posturo-dynamic system: the neuromuscular unit that first controls this system is the reflex arc. This concept works according to a closed circuit: the nerve impulse originating from the muscle penetrates the posterior horn of the gray matter of the spinal cord and transmits the impulse, through a synaptic contact, to the motor neurons of the anterior horn, causing a contractile response. The monosynaptic reflex is referred to as the myotatic reflex. The receptor that coordinates this mechanism is the neuromuscular spindle, which is particularly sensitive to the stretching stimulus.

The most important receptor part is at the spindle poles and is the portion most directed towards the points of insertion of the striated muscle, which is closely related to the connective system of the muscle itself. The spindle is in parallel with the muscle fibers that surround it. In the excitation of the spindle, a dynamic component is distinguished, which occurs during the elongation of the spindle (signaled to the nerve centers through the discharge of the primary fibers; predominantly phasic signaling), and a static component, given by the new length that the muscle reaches (signaled by the discharge of secondary fibers, mainly tonic signaling). In the direct myotatic reflex, in addition to the stimulation of the agonist by more or less mild strains, there is also the automatic release of the antagonist. From this last notion comes the concept of MET techniques, as it is possible to gain a greater articular excursion thanks to the co-traction / release balance of the musculature that involves a given joint. Furthermore, METs help the musculature with a dysfunctional tonicity condition decrease its tone and recover a more physiological muscle length.[3][8][9]

The strain counterstrain technique, formerly called "spontaneous release from positioning," was devised in the 1950s by the American osteopathic physician Dr. Lawrence H. Jones, who developed this innovative approach to treating musculoskeletal disorders. The key concept of the technique is to find a comfortable position for each ailment that the patients accused: the doctor spent over twenty years of study to develop and create the definitive strain and counterstrain technique with its "tender points" (TP) anterior and posterior to the body, its ninety seconds of repositioning and the right sequence of diagnosis and treatment. The TPs, tense points, are small areas of tension in the tissues of the whole body, which, once localized, orient the diagnosis and guide the operator in his evaluation and treatment strategy.

The ideal position in which there is at least a two-thirds reduction in tension in the (TP) indicates correct body positioning. When Dr. Lawrence Jones died, there were approximately 180 TPs and related techniques. To date, his successors have developed and improved the technique covering over 200 TPs. TPs are not like trigger points because TPs have a different location. Therefore, the strain counterstrain technique is an osteopathic manual approach, which consists of a procedure of passive repositioning of the body towards a position of greater comfort. The technique consists of a gentle over-stretch directed in the opposite direction to the erroneous stretch message. This passive position relieves the patient of pain and restores the dysfunctional area, reducing and stopping the inappropriate proprioceptive activity that maintains the somatic dysfunction in the affected area. One theory to explain the benefits of this approach is the reduction of nociceptive afferents, which improves muscle efferences and prevents non-physiological muscle reflexes.

While OMT is generally very safe, common side effects of non-high-velocity techniques are fatigue, headache, or localized and radiating pains, but typically resolve within 24 hours after treatment.[11]

Although muscle relaxants, NSAIDs, and steroid injections are possible options to treat the piriformis muscle, the use of counterstrain and muscle energy on patients is an effective and conservative alternative or adjunct to other treatment modalities.

The manual approach must be repeated with other osteopathic sessions because if the problem derives from a chronic condition, it is necessary to have sufficient time to change the texture of the tissue and the related neurological reflexes. Additional sessions will depend on the patient's physiological response and the cause of the dysfunction.

While osteopathic medicine has existed for over 130 years, many healthcare professionals still poorly understand it. This lack of understanding is partly due to differences in training during residency and medical school education and lack of practice in the inpatient and outpatient settings. Modalities such as muscle energy and counterstrain technique, when appropriate, can help enhance outcomes of patients and their symptoms. It is crucial for the interdisciplinary teams treating patients to understand the role of OMT in treatments and that OMT can serve as an adjunct therapy to existing therapies in place. 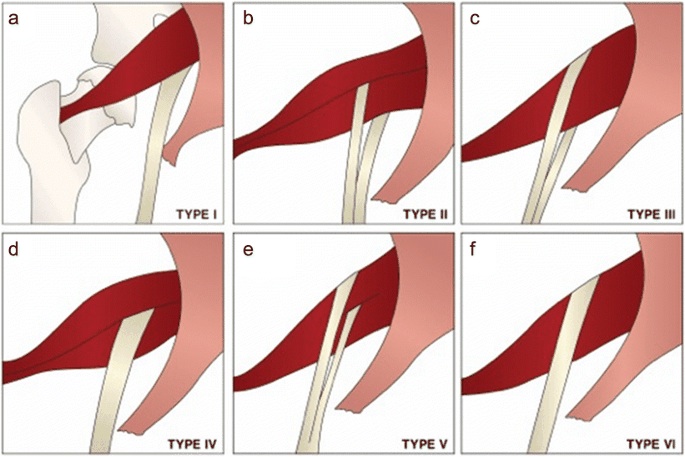 Katz R,Penicaud A,Rossi A, Reciprocal Ia inhibition between elbow flexors and extensors in the human. The Journal of physiology. 1991 Jun;     [PubMed PMID: 1890635]